The joy of icebreakers, eh? My favourite one is where you say one truth and one lie and people have to guess which one is accurate. People can NEVER believe that I taught Richard Branson how to do the classic nineties dance move, the Running Man.  I love the incredulity shining out of their peepers. Richard Branson?? The Running Man???

Part of my work involves training people in campaigning techniques and political how-to, so one icebreaker we roll out out involves people choosing a position on the cabinet and then coming up with their first big policy proposal. I often make up both the position and a ridiculous policy; “I’m the Minister for Thrift and my first policy is that people need to have darned the holes in their socks at least 3 times before buying a new pair, and also, charity shops that smell of wee will be penalised”   – because SOMEONE has to be a bit of a clown and try and get a chuckle or at least a smile in these most awkward but obligatory ever-so-slightly-warming-the-frozen-water sessions.

The policy proposals offered up are almost always crackpot, parodies of what cabinet ministers might come up with. The best suggestions (from the people who were aware of the need for icebreakers to be a bit giggly) defied logic, commonly went against common sense and -the cleverest- would reject expert research in the field.

Pretty much exactly like the policies our current government is coming up with.

I haven’t blogged too much about the Tory’s onslaught on the UK’s poor and vulnerable, their attack on social justice and fairness, the damage they are doing to communities that will be felt for generations. There was just such an inevitability to it, I have been resigned to their benefit cuts and austerity bollocks as it was absolutely bound to happen from the moment a disempowered public nodded their desire for political change. (Not that I’ve been quiet about my disgust, it’s just Twitter has been the primary outlet for my #toryrage.)

They have just been doing what Tories do.

But there have been a couple of ministers in the news the last few days who have really gone for this policy parody effect in a big way. Policy suggestions that would be perfect ice breaker material, but less giggle inducing and more jaw dropping because, of course, these are REAL ministers having ACTUAL ideas that may become policy.

First, Gove suggests longer school days for our already overstretched and exhausted children. Partly to make it easier for working parents (although as Glosswitch points out in her awesome write-up there are already means for children to stay at school until 4:30 through optional  after school activities) but of course, primarily, to “improve performance”   – so our kids can grow up to defeat other countries in the unsustainable and misguided battle for economic supremacy.

And now Truss, Childcare Minister, is working her nonsense on nurseries, suggesting that all the efforts of the childcare industry to represent what experts say about child development should be reversed. She wants our toddlers doing educational, adult led, structured activity to prepare them for sitting in classrooms and eventually becoming obedient citizens.

Forget that play has been overwhelming proved to be the most constructive way our children learn, forget that supporting autonomy in toddlers helps them to be intrinsically motivated for their whole lives, forget that our toddler’s rambunctiousness is a beautiful and natural thing that shouldn’t be repressed by squawking about “unruliness.”

Truss’s comment that the whipper snappers are”running around with no sense of purpose” reveals a distinct lack of tot-time. Being in the presence of a two year old is to be taught a lesson in intention. Ramona is absolutely determined to put every single item daring to lie idly around the kitchen into the washing machine, she is doggedly committed to hiding keys and wallets at every available opportunity and resolute in pouring any liquid she sees into another vessel, and another, and another! It might be messy but she is absorbed in her life’s current purpose- discovering EVERYTHING. 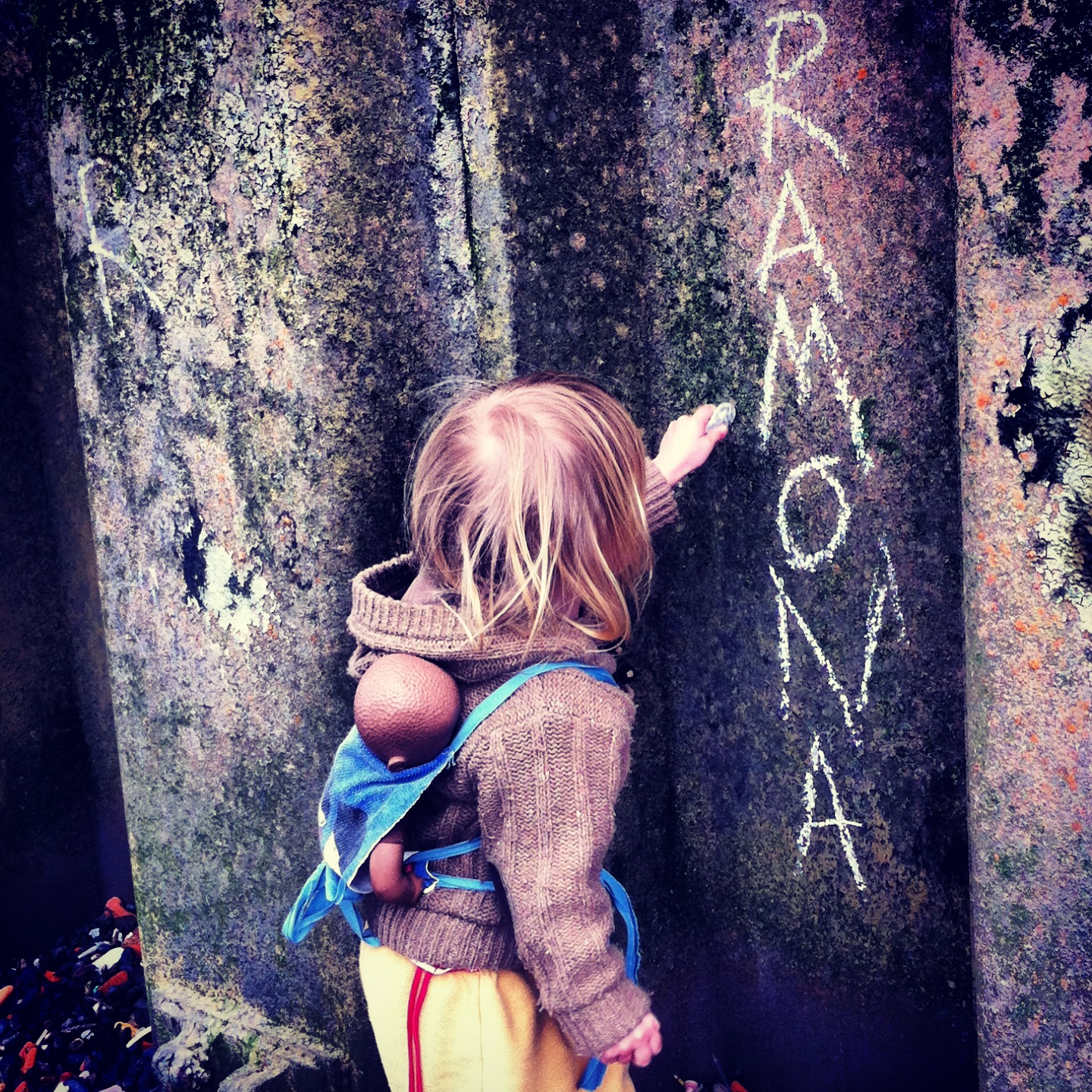 She is only 2 and a half but can write her name – the power of child-led learning! (Total jokes, she doesn’t even know what R looks like and I’m proud! We’ve managed to resist “educating” our tot, and therefore not denying her the joy of finding out something new herself)

We often go to our local nursery to play- they let non-attendees come and enjoy the facilities, and I love to see the free playing these kids do, encouraged and supported by their childcare workers. They are an army of bairns hell bent on exploring and enjoying. It is a wonderful setting, the result of years of robust research about childhood and brain development.

These comments from Gove and Truss are a testament to right-wing belief that the human existence is only worthwhile if it is economically useful, that people are only ever as valuable as their financial contribution to society. Even our children are being reduced to sources of potential GDP. This belief sours faith in people, tears down communities, pits one against another and stomps all over concepts of beauty and creativity.

These suggestions are a raid on childhood, on innocence, on imagination, even on commonsense and research. These ministers are looking at our kids and thinking “ch-ching”- seeing them merely untapped sacks of gold for the Treasury.

These hopes are simply in line with a Tory strategy to create a whole society of financial contributors and quiet obeyers. Of desk sitters who question nothing and accept everything until we are top of the global rung once again.

Despite this terrible intent, it is SO very hard to take them seriously, when every minister seems to be on a quest to make themselves sound the most like a character from “The Thick of It”.

But, we must take them seriously as their quest also involves taking all the goodness out of the world.

Thank this very goodness that the combination of these two things mean they will never ever in a million years get voted in for another term. I say this really confidently now. I believe in people too much. There are too many lovers to allow people haters to run the country.

I think the artists, the rebels, the celebrators of innocence, the wild imaginatives,  the advocates of social justice, the kind neighbours and the protectors of childhood are gathering with an urgent sense of purpose (taught by our pre-schoolers.) There is an unruly crowd calling out icebreakery political quackery and gunning for goodness instead.

PS I am ESPECIALLY mad because these absurd ministers have provoked me out of my baby moon hibernation- an intricate process of helping that pesky, thinking bit of my brain, the neocortex, to retreat so I can labour and birth womb-baby in peace. HUH. If this baby doesn’t come soon it’s those bladdy Tories. *blames everything on the Tories*

This Update Is Very Important

The world is my oyster… no, I’m the world’s oyster. I mean rice.