I took Ramona on her first protest march when she was a couple of months old. It was a rally calling for alternatives to the proposed government cuts.

She was snuggled up in the sling, complete with a sign that said “These cuts suck!” (Get it? Hehe.) Despite being behind a huge brass band from one of the Unions who honkytonked the whole way round the route Ramona managed to sleep through the nearly the whole thing!

I really believe that marching, speaking out, writing letters and occupying can bring about change. In fact, I am fairly sure it is the only thing that ever has. The frustrating thing is that the change so rarely comes as an instant response, but often many years later, very slowly, as all these form of protest take on an accumulative effect. We are where we are now in this country – with equal opportunities for women, employee standards, child rights, only because there has always been a faction of society calling for a better, fairer world. 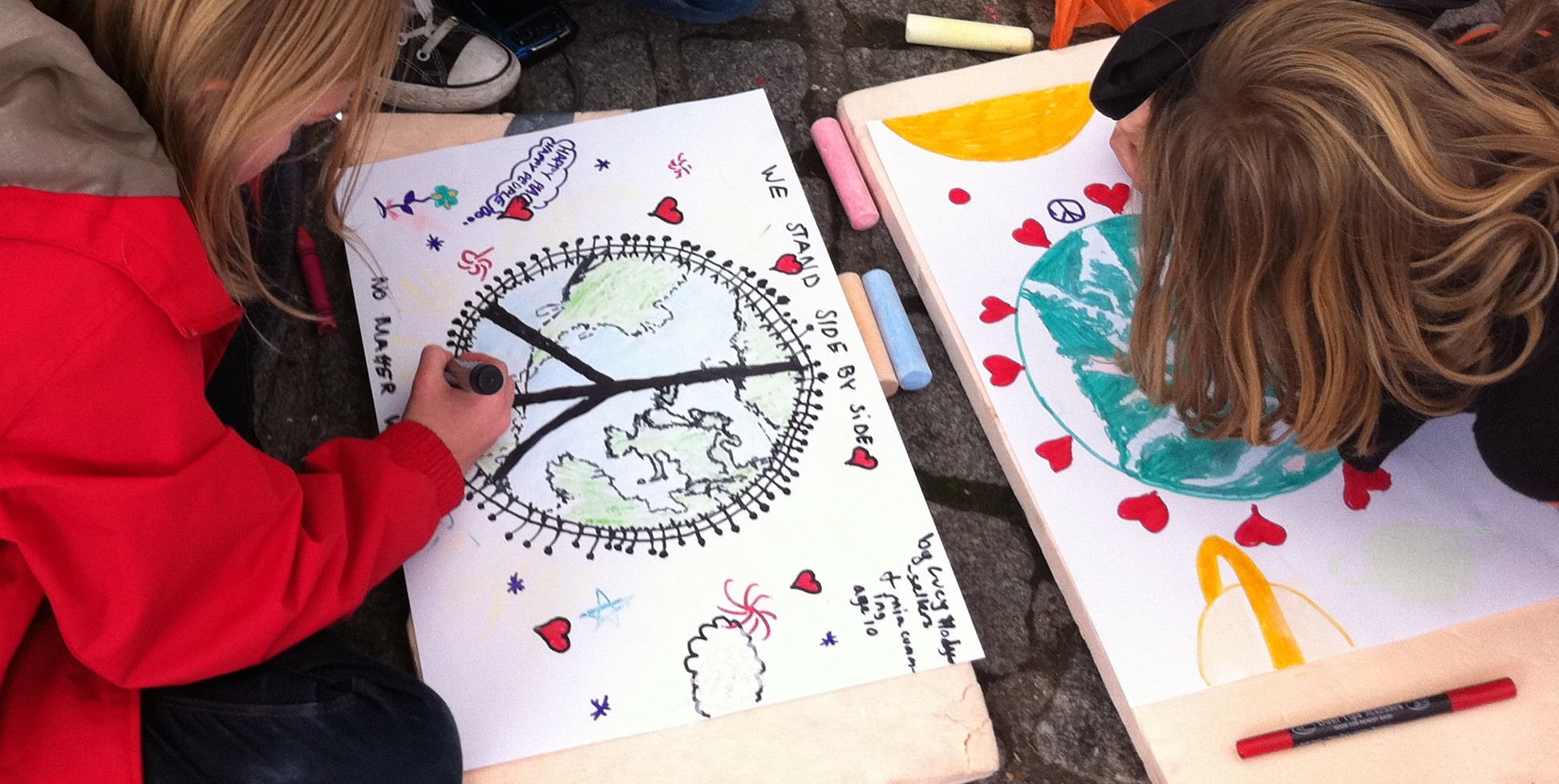 So, as an activist, it was inevitable I was going to be an activist mum…

I spent a good couple of months of my maternity leave at the Occupy protest at St Pauls cathedral. We cycled up almost every day and met a few other parents and tots there. We had a huge toy box and the kids would play and we would talk about the society we dreamed of, and felt was possible.

Ramona even learnt to walk in that beautiful space, lumbering towards the manky pigeons and attempting to ascend that huge staircase.

I am sure it was a place where all the kids learnt something. They learnt hope – that whole crowds believe in an alternative to injustice. They witnessed zeal – that some people are prepared to seem foolish in order to hound these ideals. They discovered diversity and democracy, as people clung to new systems of decision making. There was a joy there, a happiness that can only be found in collective vision chasing, and also a raw anger, a peaceful kind of hunger for something different. 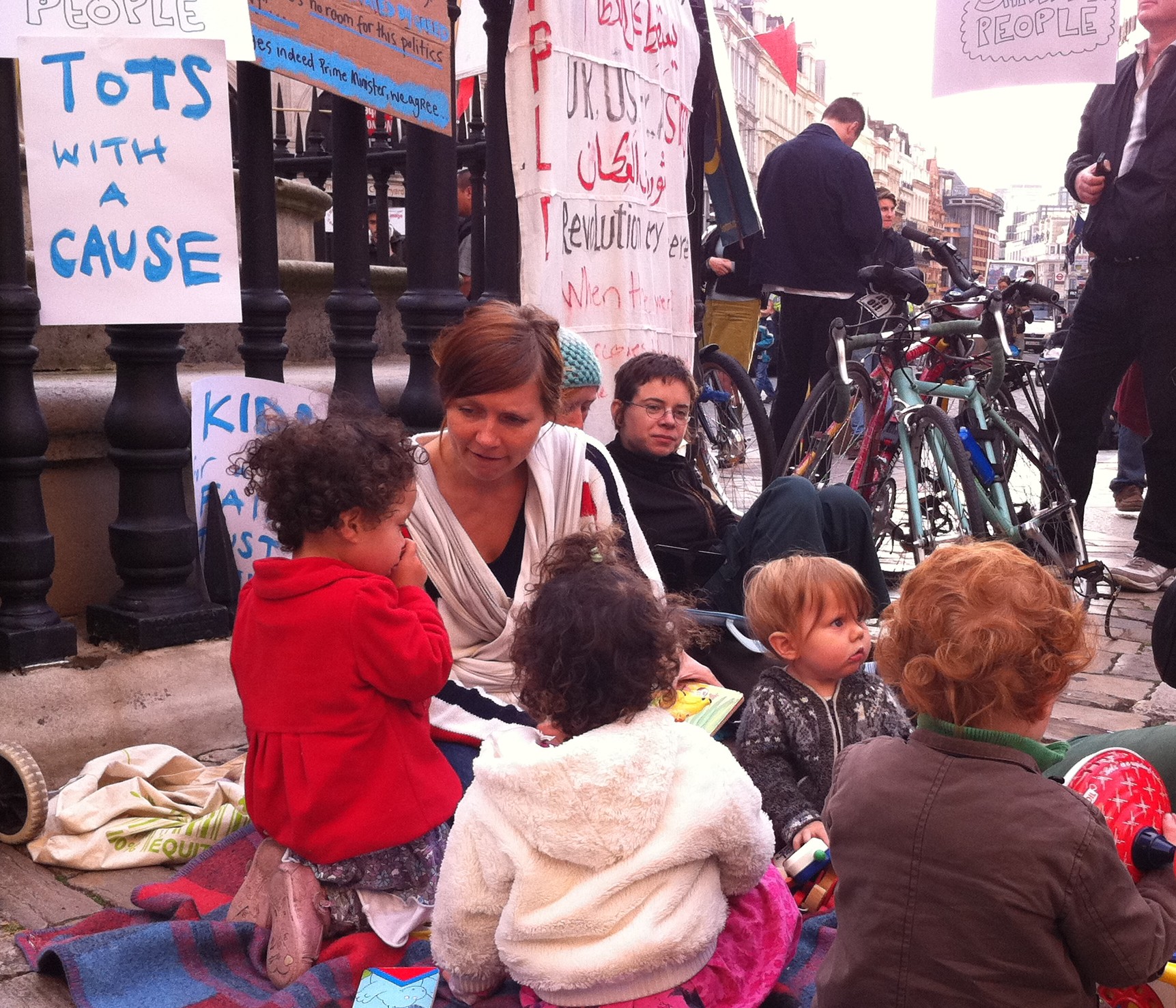 These are things that are so often present in activist spaces. I felt them intensely at Occupy but experience them also when sewing with the Craftivist Collective or campaigning with the IF movement against hunger. I choose to bring her along and have her involved in these things and I am sure this is all shaping Ramona’s view of the world, helping her sense of “Can Do” and hope.

Recently I have been captured by the idea of parenting as being a potential spot for social justice and world change in itself. That bringing children up gently and respectfully can have a HUMONGOUS impact on society and global systems. Robin Grille charts this in his fascinating book “Parenting for a Peaceful World” – revealing just how exactly the correlation between peaceful child nurturing and peaceful society is – and the reverse, that the bloodiest times in history sit perfectly next to our most violent parenting practices.

I’m convinced these days that every time I opt for love and freedom and respect with Ramona, I am also making a choice about the world I want to live in. I can nurture peace-lovers or war-mongers! Fortunately, I think we are moving towards a place where parents are increasingly allowing their children to bloom and grow in absolute love. Hooray!

Bringing up our kids can be so vital for the future of a fair and beautiful society. But it doesn’t need to be a burden, this idea.“Ah, maaan?! Now I need to try and not bring up a violent dictator as well as making sure she gets Five a Day?” I hope instead it can be liberating- the sense of immense value put on our day to day lives; we are doing a job equal to that of the Prime Minister. (It IS a shame that the only thanks we get are in the form of snotty-nosed snuggles and the only pay is in the form of raisins tucked in to our bras.)

I am heading off on to my second round of maternity leave in a few weeks, with a Spring baby due, and I’m looking forward to having time to devote to even more activisty things with the little ones, confident that they will be learning about justice and hope. But for each day I am not campaigning on something I will reassure myself that my peaceful parenting is equally as important. Now I just need to dot some placards and a honkytonk brass band around the house to keep me motivated… 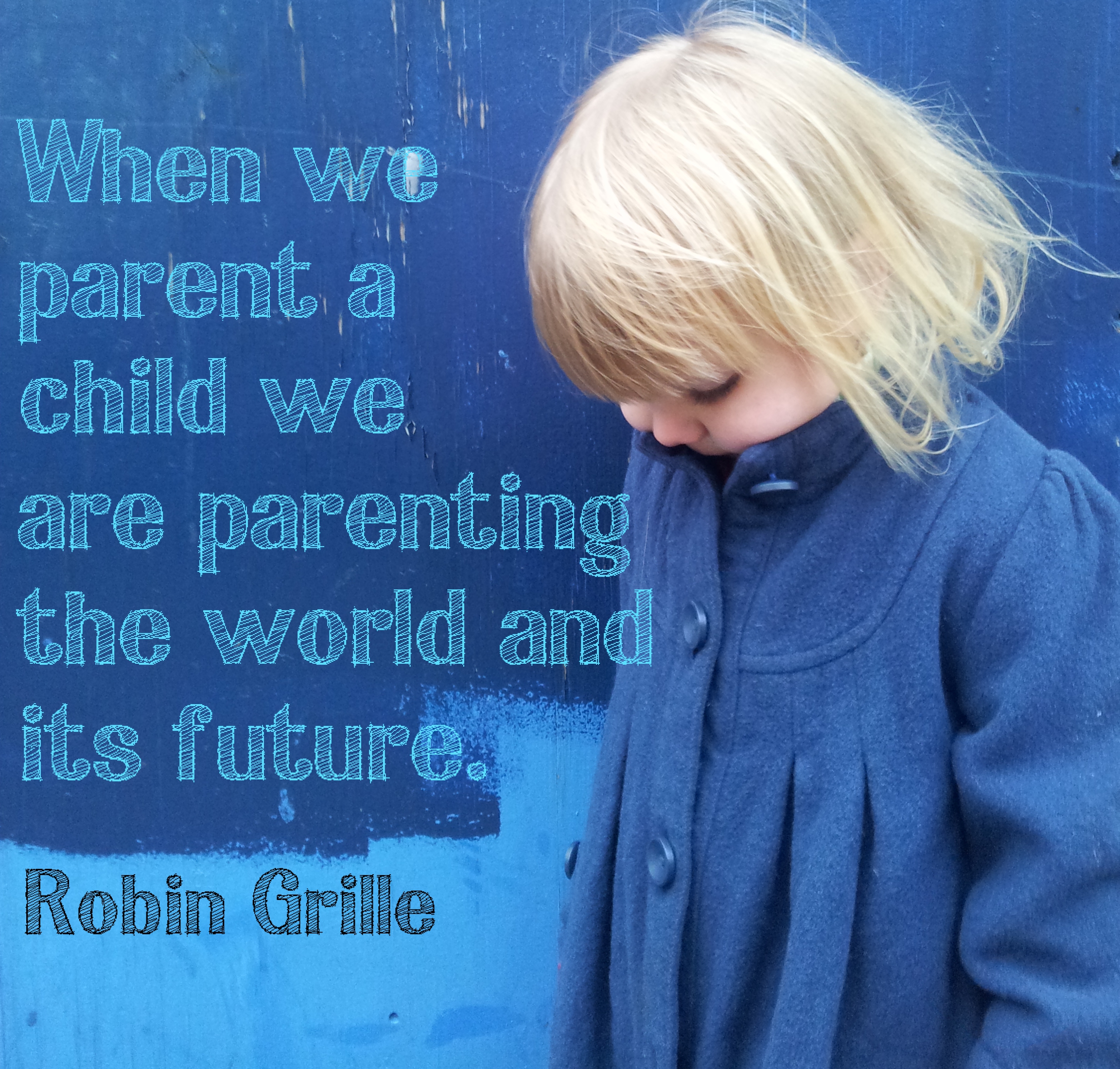 Have you taken your kids on a protest? How do you feel about the potential of parenthood as activism?

PS I originally wrote this for Story of Mum, a creative online network who are focusing on activism this month- go check out their fabulousness.

A spot of craftivism- Yoko Style

Here, there and everywhere

DIY Valentines decoration with a doily and a coathanger