It is International Women’s Day 2017!

Like other years, today I am hosting an IWD blog link up. I love reading about the inspiring women in your lives or the ways you strive for gender equality. Please head to the bottom of this post to add your link. Remember to visit the other writers! 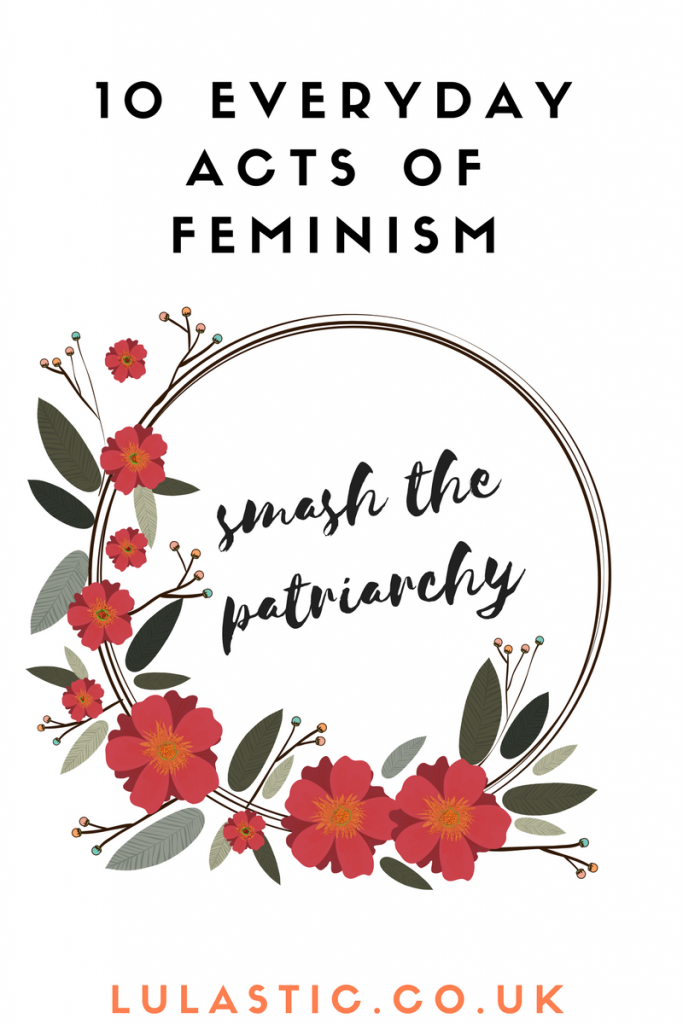 The last thing women need is a list of stuff THEY need to do to right the world. More unpaid labour, THANKS LUCY. Some of this might inspire you, and I hope it does. But I didn’t write this list so you felt you have to do more work. I write this in the hope that you might pass this on to the men in your life too. Not because we need rescuing but because gender inequality is a shared burden and we all need to fight to make the world more fair.

1- Get your head around the terms “privilege” and “intersectionality” I say this as someone in the process of getting to grips with these terms! It is a long, hard journey. This is no Woe Is Me moment, don’t get me wrong, but it a tiring journey dismantling some of the framework in my mind. I grew up pretty poor, so still carry that blueprint around – this makes it hard to be told about my privilege. But the truth is – as a white person, I have no idea how hard it is to live in an extremely racist world. Over this last year I have been confronted and triggered and now want to be the kind of feminist who knows I can’t speak for all women. I don’t think I’ll be able to edit out all my privilege – even this post includes stuff that involves privilege (I realise that not all women will be able to cause mischief in a shop, for example) – but recognising white privilege is an important first step. Here is a little intro – 7 things women of colour want white feminists to know.

2- You don’t have to be the voice for the voiceless – just pass the mic. My mission this year is to promote the writing of women who aren’t like me. Do you live or work in an arena where you can pass the mic? Do you organise conferences or events? Do you curate stuff? Make a deliberate effort to get a variety of women’s voices heard.

3- Dive into the art of women. Read books by women. Buy paintings by women. Go to shows by women. There is huge discrimination in these fields – apparent at award ceremonies and stats for exhibitions. When we support female artists and writers we rebalance the scales. Check out these 59 novels by female authors put together by Sacraparental.

4- Support the work of women in industry. Women who are pioneering with their presence in certain industries talk of being discriminated against because of male bias. If you know a female mechanic, take your car to her. Get a female crew to paint your house. A female sparky or take your tech business to a woman. Help women get better footholds in industries that are hard to be a woman in.

5- Look for and celebrate every body shape. I recently saw the documentary EMBRACE. It is a great film, if you can get to a screening, or host a screening, please do it. My one big takeaway was how I need to LOOK for different body shapes and skin colours in order to celebrate the full diversity of womanhood. No one is going to hand me this on a platter, no one is going to normalise diversity apart from us. (Normalising diversity?? It sounds like a misnomer, an impossibility but I beleive in us!) I loved this photo celebration of fat love. Simply letting our eyeballs rest on this stuff can reset our own minds towards diversity in body shape.

6- Curate your children’s books and media. I am generally pretty wide open when it comes to loving what my kids love and going with the flow. But there is a BIG problem in the world of kids books – they are dominated by male characters and when females do feature they are princesses. Love what your children love, celebrate all their joys, of course, but also ask them questions. “Why are the three little pigs AND the big bad wolf all boys??” and take the opportunity to fill their bookshelves, and your local library bookshelves, with strong, powerful female characters. (When Ramona was really little I actually used to cut and paste parts of the fairy tales to make them less sexist!)

7- Don’t laugh at sexist, ableist or racist jokes. It’s awkward when you don’t laugh, but what is a little akwardness when you are trying to change the world? I once went to a comedy show and their was some awful homopohobia in there. I told the comedian afterwards that he crossed a line and it was pretty awks but I thought “phew, at least I will never see him again!” A few weeks later a friend bought him over to meet us, she didn’t know we’d already met in the smoky aftermath of his homophobia. OMG. A great way to up the pain is to always follow up their joke by asking “What do you mean?” – hopefully the discomfort of having to explain their prejudism will open their eyes.

8- Make a noise about the little things. When you go to the shop and you see ridiculous gendered messages on the kids clothing, re-arrange it all and then share your work on Facebook. Make a fuss. It might seem like a chore but I swear this kind of mischief is fun!

9- I’m going to take that mischief to the next level now: Walk around with a marker pen. When you see a painfully stereotyped advert, scribble on it. It feels SO GOOD. I have done this a few times in my life, but don’t often admit to it as I’m sure it is a bit illegal. One time I wrote “The 1950’s called and they want their sexist stereotypes back” on an advert on the train. (See vandalism for my daughter’s sake.) This might seem a bit frivolous but this kind of micro civil disobedience was present in the suffragette movement and the civil rights movement.

10- Talk about emotional labour. Let’s get that phrase “emotional labour” in everyone’s minds. It is the mental burden that often falls to women. The oil on mechanism of life that should be everybody’s job but largely falls to the woman in the household. The dental appointments for the kids, the birthday cards for extended family, the hummous for the dinner party, the Christmas plans, the World Book Day costume sourced. Have a read of this for some good examples and thoughts on emotional labour. Send it to the adults in your household. Even the right-on feminist dads. Could you have a frank discussion about this? I feel like it is a MASSIVELY important thing, because it is an insidious sexism that will only get addressed through hard conversation.

Would absolutely LOVE to hear about your every day little acts of subversion. Please tell me in the comments! 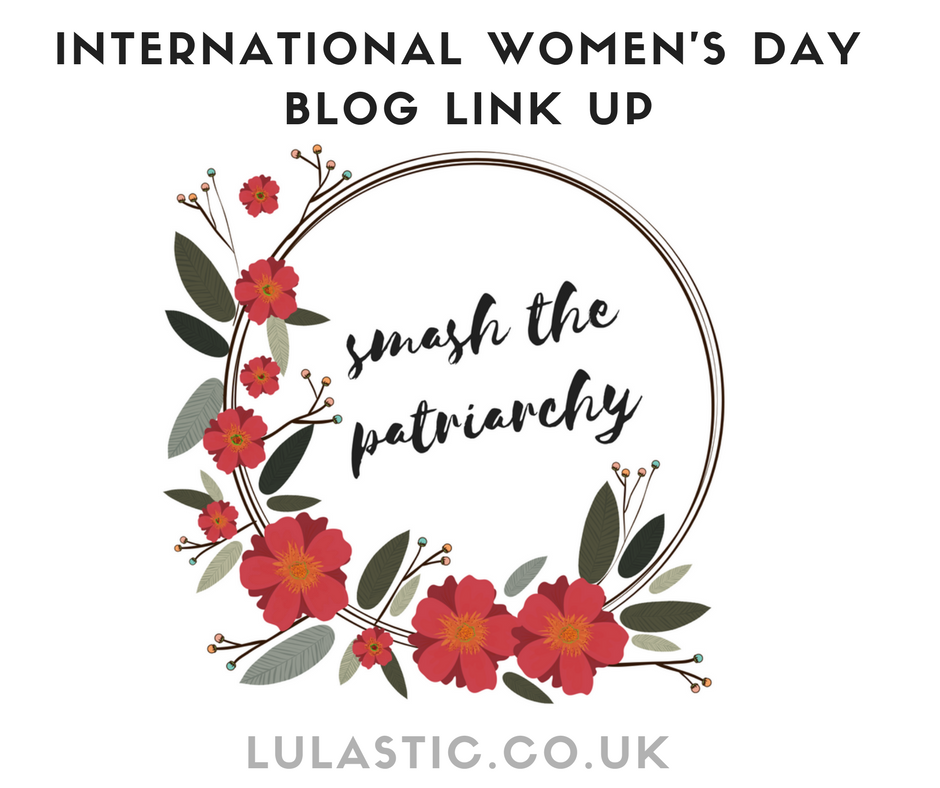 Here is the 2017 International Women’s Day Blog Link Up – Please add your link AND go around and visit the other writers and comment. The best part of this every year is meeting other women who want to change the world. You might need to use something like bit.ly to shorten your links as my tool below has a problem with long URLS!

Editing my daughter’s life chances (er, or her Fairy Tales at least)