A midwife for your motherbirth

When did you become a mama? Was it when you first conceived? Gave birth? Gazed in to your babies eyes as you fed them with love? Maybe you always felt like a mama. You were born with a mama soul. And the baby in your arms just confirmed it to all the others.

It took me a while. I felt everything for 2 weeks. The bleeding nipples, the emptiness and fear where I KNEW love should be. But I didn’t feel like a mama.

It was snowing when we bought Ramona home from hospital. It helped me feel safe, like having the curtains down, like we were hiding behind the sofa, figuring out how to be parents. 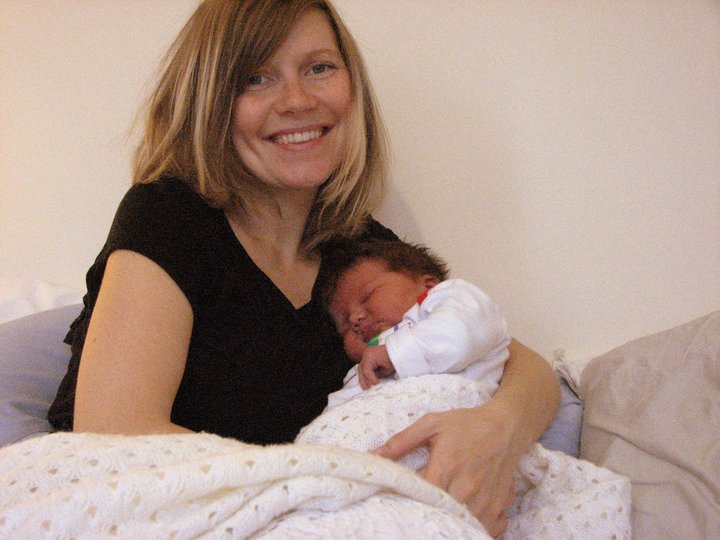 I told my husband my legs were too weak and my vagina hurt too much to walk. I told him I was scared of slipping on ice.  We put if off but I knew I had to leave the house one day.

After 7 days I zipped Ramona into a tiny monkey onesie, a hand me down from her big cousins. I procrastinated, taking a thousand million zillion photos of this tiny, perfect human.

Then I put her in the sling and we decided to aim for the park where we would take tea and cake, our new family of three. We got to the first corner, turned right, walked twenty yards, turned left. There were about 3 more corners, 4 more minutes to the park, but I stopped and cried.

God knows what Tim thought. 10 days ago I was a strong, fearless woman. Then I was giving birth for three days. Then hiding behind the sofa for 7. And now I’m standing in grey sludge heaving tears in front of the neighbours.

I didn’t know how much I had torn, I couldn’t touch myself. I was scared to go to the toilet, how could I walk around in public? I said it was my weak, changed, hurting body, but I think there was more going on.

Tim said “We did so well! We got so far!” and pointed to the street sign that was different from our own street sign. A whole street a way from home! We’ll try again tomorrow.

The next day my body was stronger, and the next day stronger still. More, my nipples hurt less. More, I felt maybe Ramona was enjoying life outside the womb. She only really cried from 9:30pm – 11:30pm each night. In a 24 hour a day, that was a good sign, right? I had to have her in the sling, and had to be standing, or bouncing on the yoga ball, but she tended towards happy in the day.

I was still feeling these three minute flashes of doom, and I still felt like I was playacting mamahood, but I also understood that one day it would be okay.

Another week later I zipped Ramona into the monkey suit and Tim wore her in the sling and we made it all the way to the park and the cafe and we had tea and cake!

When we got there two elderly ladies admired her full cheeks and told me off for taking her hat off in the cafe.

Another man from India told me that mama and baby should never leave the house until 40 days have passed.

We smiled at them all, while squeezing each other’s knees under the table, and then I cried when I got home.

Every day that passed I stopped feeling like I was acting out the role of Mother. By the third week my heart almost rocked itself out of my chest when I looked at Ramona, with love this time, instead of fear and awe.

Slowly, slowly, my mother soul was being born.

By the time Ramona was three months old I had found the forum on The Green Parent. These faceless mamas were who I turned to when Ramona stopped the newborn sleeping, when her breastfeeding entered Twenty Million Snacks A Day Mode, when I had all the questions about how to be a mum. They guided me and helped me find my own quiet confidence. Through this group I found real life friends who mothered in the way I was drawn to.

By this point I’d figured out babywearing and breastfeeding and even breastfeeding while babywearing. And when one day after I’d been feeding Ramona and the postie rang the bell to deliver a parcel, and I put my boob away, and ran down the stairs, and signed for the parcel, and closed the door and then realised that I’d been feeding with both boobs out and that my left boob was still hanging there in all its glory, I was feeling so mothery I just laughed and marvelled at how the postie didn’t bat an eyelid. 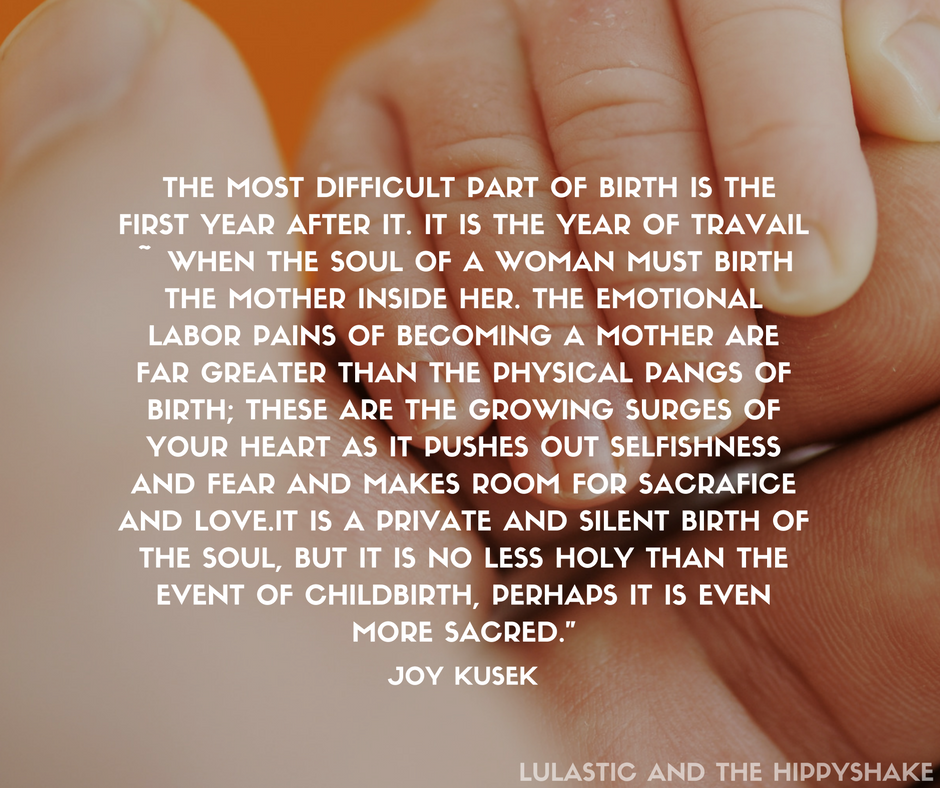 When I saw this quote the other week this group of internet strangers sprang to mind. They were only there for such a short time in my life – I needed them for three or four months. By the time Ramona was one I was flying and had largely moved on. They were the midwives for my mama soul.

We can be so harsh about the internet, and some people can’t get their heads around the way technology can foster life-giving connection. I am SO THANKFUL for the global tribe of encouragers I have found on there.

I had real life motherbirth midwives too. My sister who helped me understand that everything I googled in a panic was a normal part of babyhood/ motherhood, who didn’t judge me for spending the first week that Tim went back to work eating biscuits and watching series 1-3 of Glee and even cancelling plans to do it. Friends who came with me to the baby sling library and helped me tangle myself and Ramona right up in metres and metres of rainbow wraps. Friends who modelled a freedom with their children that I’d never even considered – not having an opinion on everything your child picked up? Not correcting their mispronounced words? Not telling them to shush when they were frustrated with something? A whole new world was being revealed! I was trying on different pairs of mother boots and found a pair that fit me perfectly. 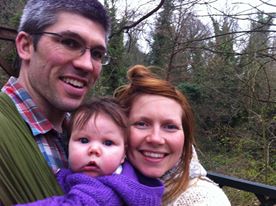 We all need a midwife for our birth as mothers. The best midwives in childbirth are attentive to needs and basically make sure no one is dying. Don’t we need that for our mother birth? Someone to hold our hand, fetch more absorbent pads, make sure we are keeping our head above water? Someone who suggests we try something new or listen deeper to ourselves? Who doesn’t judge us for the swearing and the sticky, visceral nature of the birthing process?

I would wish that for every new mama. That they have enough people to love them and support them as they become their children’s mother. That you have sisters and friends and Aunties and neighbours who understand you, and with whom you can learn to be a mother without apologising. And may you have a tribe of friends, be they online or offline, who will hold your hand as you figure out the kind of mother you want to be.

As ever, I’d love to hear of your experiences of motherbirth and your midwives and doulas! 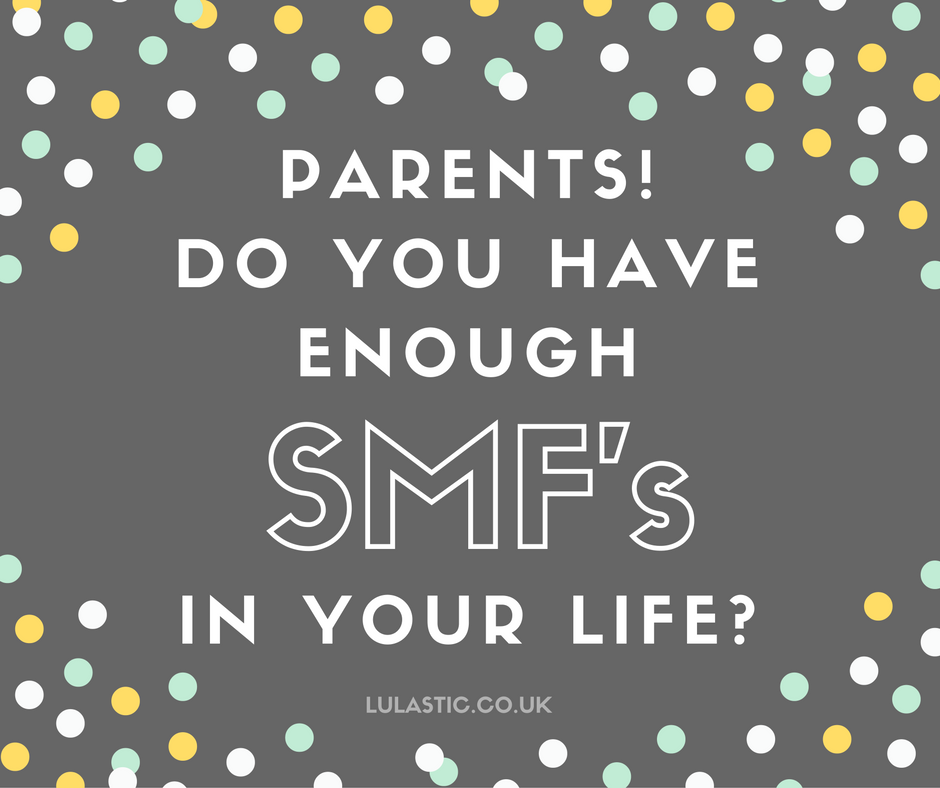 What are Sites of Mutual Fulfilment? Something parents need more of, that’s what.

We’ve been living off the grid for one year!