This time last year it was my blessingway. What a beautiful day it was. I was convinced, because I felt so ready, supported and loved up on the good vibes of friends, that the baby would arrive that night, blessed into arrival!

With Ramona, my first daughter, I had anticipated she would be late so was nicely surprised when my waters broke on her due date. (Read her birth story here.) 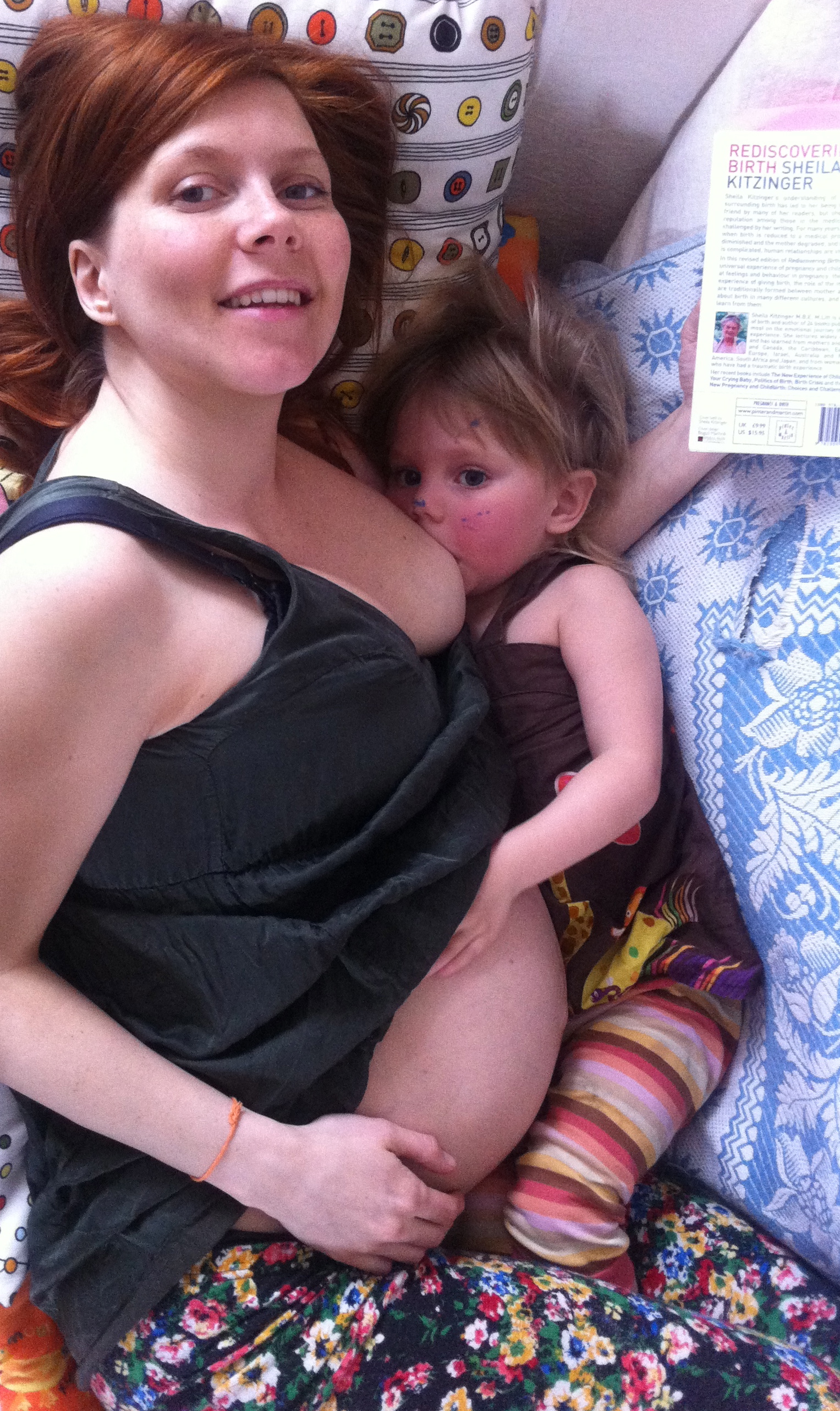 I imagined there would be a similar situation with Juno… so going “overdue” (I don’t really believe in that term, or a “due date” – the only reason I knew any date at all was because I had an early, early scan to see if I was one week or six months preggo- had no idea. I chose not to have other scans) really knocked me for six.

I felt really bad about the baby not arriving yet. It was so strange and so ridiculous for me to be so bothered. But bothered I was – I spent a whole day crying into my pillow, willing her out with my snotty tears.

(It is crazy, I know. I take heart that every person who has gone way beyond their due date will understand the misery of this beached whale period of waiting!)

On the 25th of April, after yet another day walking purposefully about London attempting to have fun whilst mostly keeping our heads down to avoid bumping into anyone who might say something glorious like “Oh!! Still pregnant?!!”

I should have thought up a fun, yes-I’m-taking-this-ten-month-pregnancy-splendidly-with-full-humour-in-tact approach “Oh no, we had that baby already- this is the third! Just joshing! Harhaha!”

My answer mostly involved a psychopathic stare and a deeply convicted “I will be the only woman to be pregnant forever” which is something I thought might be true, in those final days of pregnancy.

Back to the 25th of April 2013. That night we settled Ramona into bed and turned on a film that we had downloaded from Netflix ‘cos we joined up in that last week to get an offer of three months of free movies… oh…. Wait… *checks* Ah, crap, we are still paying out for that Netflix account. Argh, they got my disorganised self…

I leant over my birth ball (6 months of rocking on that rubber number had given me calloused knees) and WHOOOOOSH – BROKEN WATERS, YEAH BABY, ROCK ON, BEST MOMENT IN HISTORY! WHOOOOT WHOOOOT!

Just remembering the exhilaration of that second gets my heart pumping. I wasn’t going to be pregnant forever!

Ten minutes later I felt a squeeze across my middle – the certain tightening of Things Beginning.

We thought back to Ramona’s birth and considered what we should do. Continue watching the film and pretend nothing was happening? (I call this The Nonchalant Birther “I carried on cooking dinner through contractions and the baby arrived just in time for desert!” Or go straight to sleep in order to be wide awake for the action? (The Barely Believable Wisely Rested Birther “I just breathed through contractions, snatching sleep in between”) Or begin marching up and down stairs chanting BRING IT ON (the determined methods of The Prowling Wolf Active Birther? “I willed that baby out by purposeful yogic moves alone!”)

We decided to a bit of everything – Tim should be Wisely Rested and I would be Nonchalant Prowling Wolf.

I did a couple of hours of casually setting up the house for the birth pool to the sounds of my hypno birthing track, whilst spiralling my hips in active manner. I found my contractions were gaining in strength and rhythm. We called my mum and got her to come over to sleep so that in the morning, if the baby hadn’t arrived (HIGHLY unlikely, I thought… ever hopeful) she could take Ramona somewhere fun.

At about 10:30pm I had feeling that I should switch tactics so I curled into bed beside Tim and Ramona to try and get some rest. The contractions continued and I couldn’t sleep – I was also high as a kite on sheer excitement of meeting this new soul.

I got up at about 3am, unable to lie down, contractions feeling quite, quite strong. The hardest thing was the back pain. It was unrelenting and hard to breathe through. Tim pressed on my back, and a hot wheat bag helped a little.

We called our midwife Nikki at about 5am who arrived pretty promptly. I didn’t want checks done if things were seeming straightforward, so I continued to zone right on out into the surges. 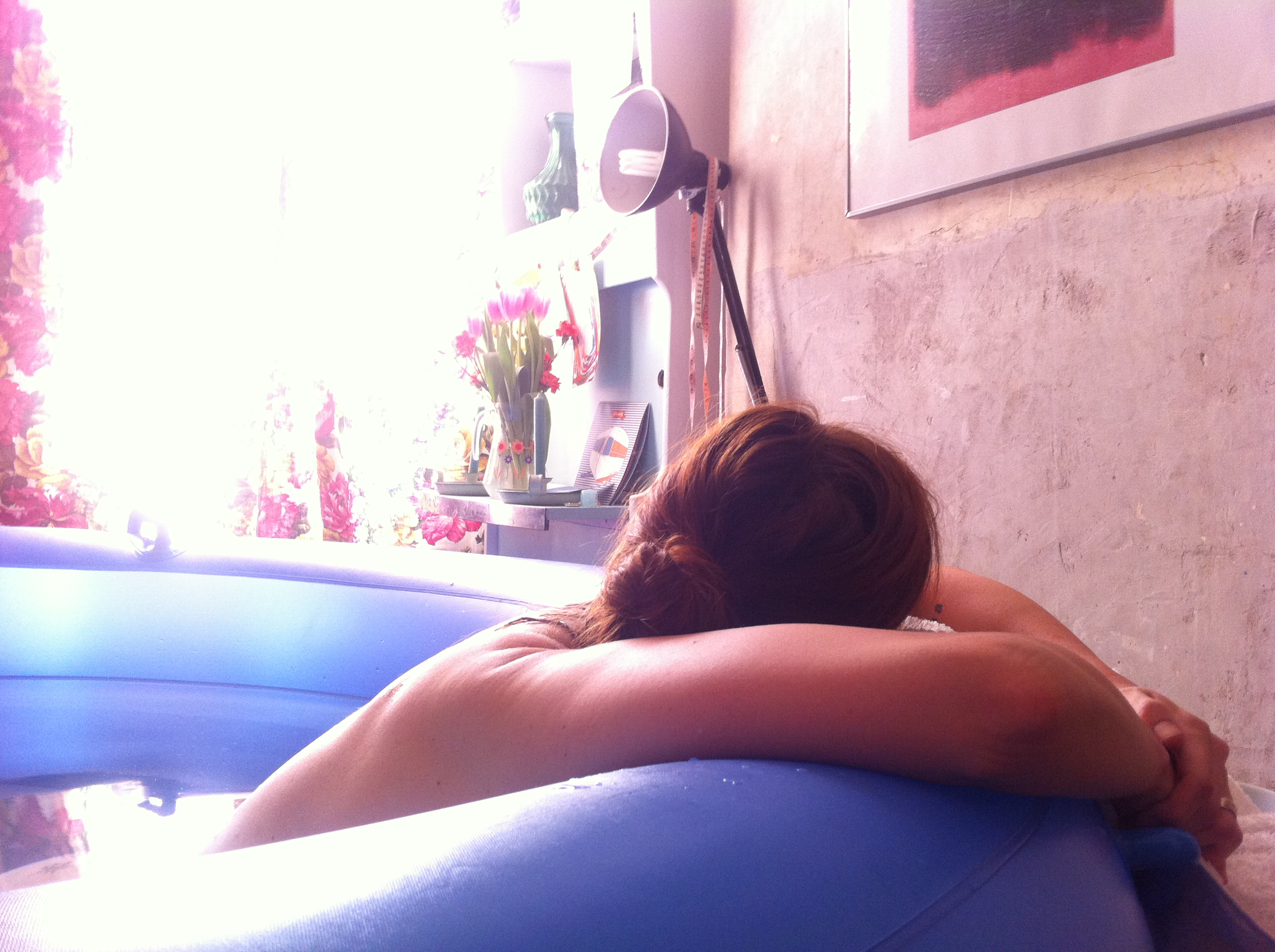 At about 6am Tim bean filling the birth pool and Ramona woke and my Mum began hanging out with her. A bit after 7am I had sort of got stuck in the spare room – I couldn’t move, was distracted by everything, was feeling quite overwhelmed and nauseous… it was exactly like a transition stage…

At about 8 am mum and Ramona set out on an adventure- I anticipated that they would be back in an hour or two to meet the New Kid On The Block….

In fact, they were going to have a marvellously long outing and Juno wouldn’t make an appearance for another TWELVE HOURS …. 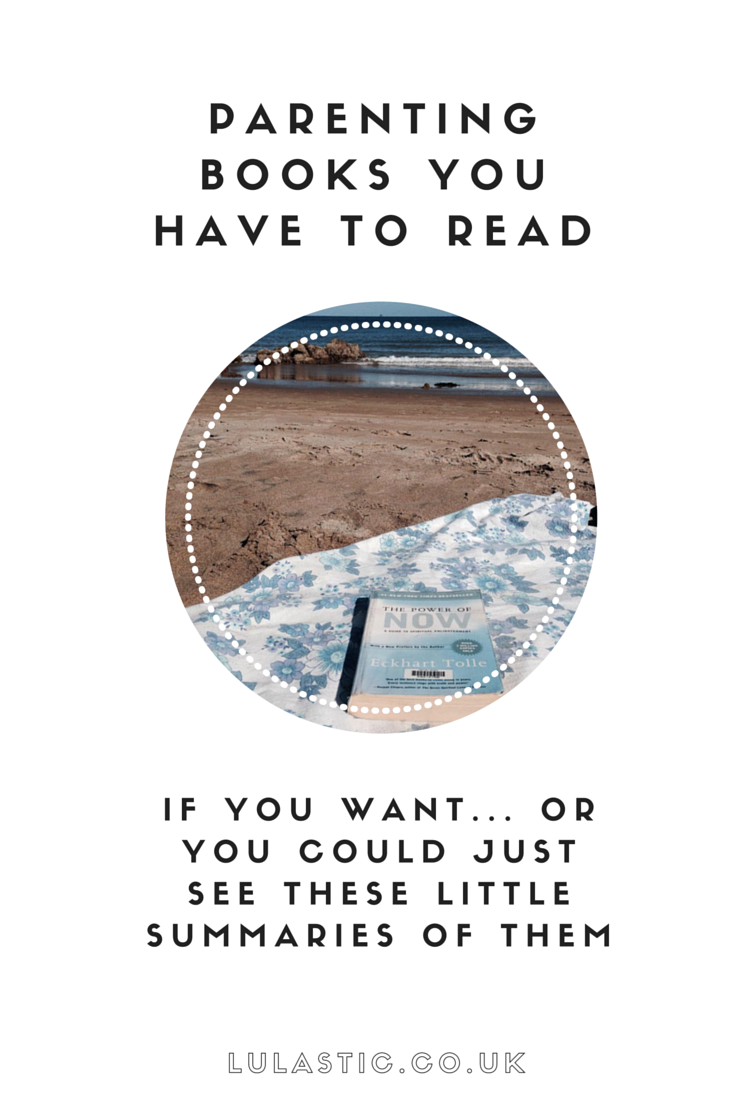