Lean in. I want to tell you about how I omitted the words “Be Careful” from my vocab. I was far from a helicopter parent, I was simply one of those ever-so-slightly overprotective parents. I thought I could keep Ramona from harm’s way by having control over her movements.

Ramona will tell anyone with ears about my awesome parenting; the new next door neighbour, the shop keeper, the lollipop lady. “So, when I was a kid, I broked my leg, and I had to got to the hopsital.”

She’d been climbing on to a toy piano and had managed to pull herself up on to a windowsill but before she found her footing she crashed to the ground. A trip to A and E, an X-ray, a plaster cast. She was just one year old and had a broken leg. Now she is three years old and has a cool story.

I felt awful at the time. That I couldn’t protect her from a break. But in the years since I have found myself backing off even more, giving Ramona and Juno even more freedom to climb and test their limits.

Because the one thing you learn from a break is that they are bad, but there are worse things. And even the most overprotective parent cannot save their child from everything.

Worse would be picking up a sense of fear and a distrust of their own judgement. Worse would be a timidity that stays with them their whole life. 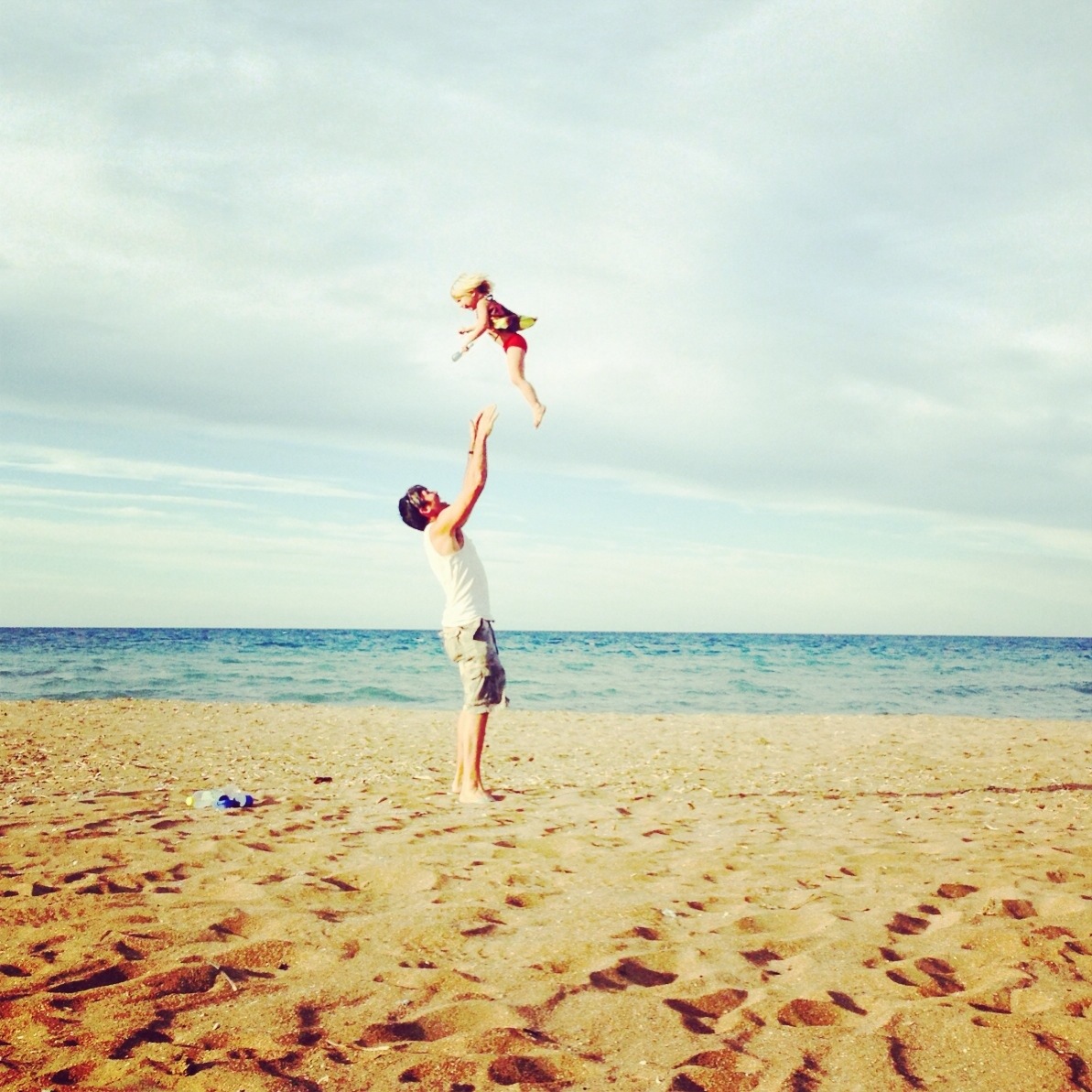 We are born with a bubbling curiosity and a gnarly self-belief. Children want to take things on, they launch in to things gutsily, they try, they fail, they try again. But by the time we are adults loads of us are scared of failure, unsure of ourselves. It’s as if we have a loving “Ooh! Watch out! It’s a bit high for you!” whistling around our minds…

Almost every time I go to the playground I see it. Overprotective parents warning their kids; it’s too big/ fast/ old for them. (Parents should spend far more time on Twitter, ignoring their scallywags, letting them do whatever they want.)

These days, on my journey from the overprotective parents team to the autonomy protecting parenting team, I tend to stay within catching distance if it is something especially high, but only with half an eye watching, my body trying to exude nonchalance. A parent’s wary eyes and body stance can do as much as a verbal warning.

I’m also baffled by the way adults endow words upon a child’s activity. Ramona rode a massive horse last week for her third birthday and at least three grown ups since have said “Gosh! Was it scary?!” She wasn’t frightened at the prospect of riding a horse this time as she had no reason to be. However the next time she goes to ride one she might very well be. (I truly don’t mean to be unkind, it is nice they showed interest but we must watch the words we use when interacting with children- let them choose their own adjectives, eh?) 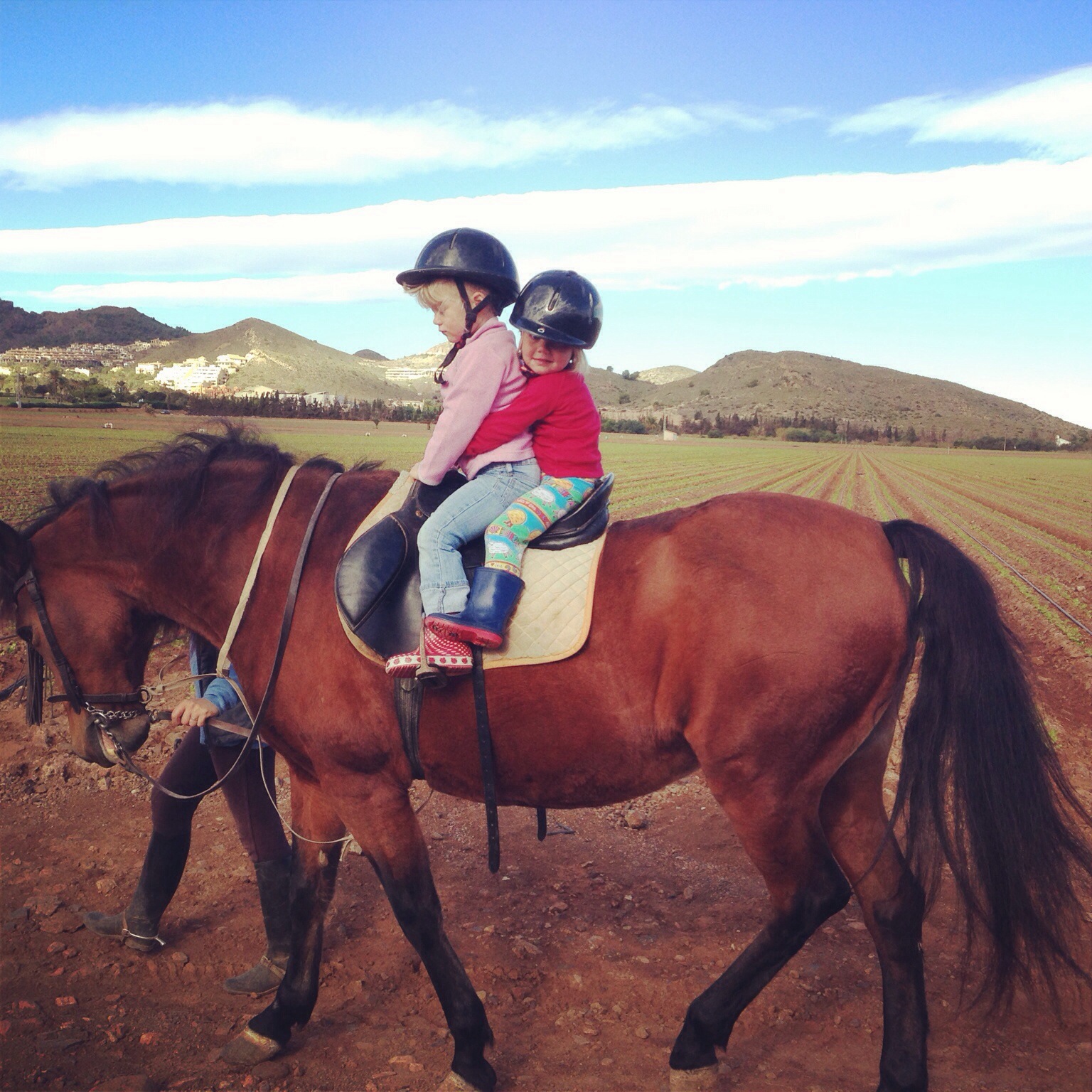 If there is something that makes you genuinely really nervous, talk with your child about how it makes you feel and together discuss a solution. “I feel a bit worried when you swing on that rope above the sharp shingle because I have a need to try and keep your skin in tact… Perhaps jeans might stop your skin getting ripped up?” But you know what? Even shredded skin heals. (Eh, Tim? My husband, who face planted into shingle from a rope swing.)

I heard the wonderful Lawrence Cohen, author of Playful Parenting, at the International Gentle Parenting Conference this summer and I fancy getting one sentence he spoke tattooed right on my hand to remind me, and provoke playground conversation; “Broken bones will heal faster and better than being fearful and timid your whole life.”

Overprotective parents may well be setting up their children for a life full of worries.

The strangers soon tire of Ramona’s story. Their faces, initially contorted into horror and pity for my lame legged darling quickly take on an expression of boredom. Funnily enough it seems to nearly always be at the exact point that I launch in to a speech about child development, discovering physical limits and the importance of not inheriting fearfulness… 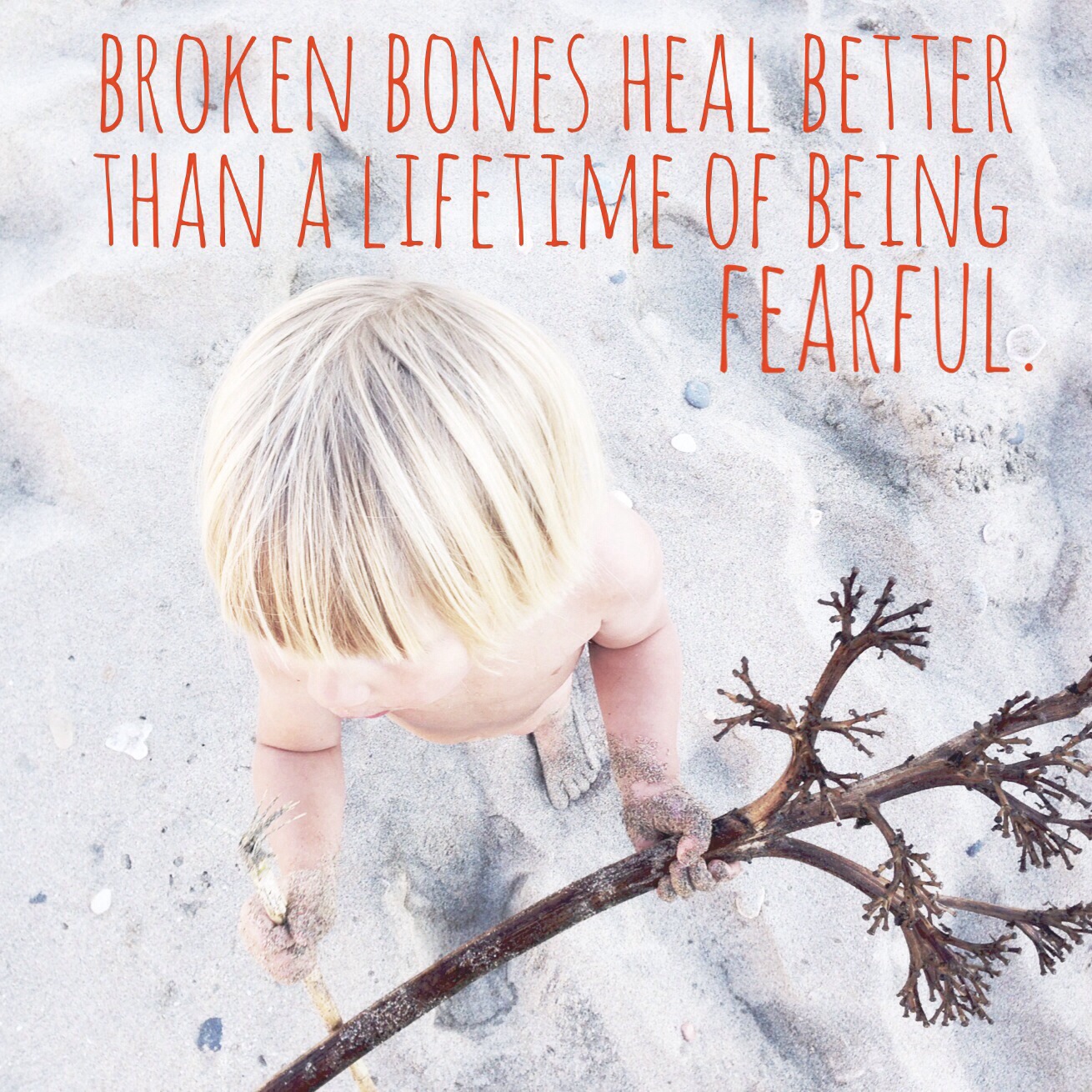 Campervanning around Spain with two kids, a surfboard and a caterpillar