I walked passed a mum beautifully breastfeeding in public recently. She was nursing her newborn in the Food Court at the Mall a few weeks ago. (I try and avoid the Mall like the noro-virus- mostly because there is a tiny carousel of horses right in the middle that both the girls could happily kill an afternoon on. Without even KNOWING they played music and spun around. This last time we went a boy set it in motion with a buck his generous dad handed him. Pheweeee. The girls were like MIND = BLOWN. We can never return. They will hold a Sit In on the saddles until I’ve emptied our bank account into the horses’ throats.)

So, anyway. I was at the Mall, forced to go there after looking unsuccessfully for safety pins in no less than 4 shops on the high street. After seventeen hours on the horses I managed to buy the safety pins and we were just passing through the Food Court when this new mama caught my eye. The thought occurred to me that, outside of my own circle of extended breastfeeding friends, I can’t actually remember the last person I saw breastfeeding in public. Truly.

I had an urge to connect with her, as irresistible as my fingers responding to a sign that says WET PAINT, (what, don’t tell me you never lightly stroke the surrounding surface? Oh, you really don’t?) I was pulled towards her by the forces of the Cosmic Breastfeeding Brigade.

BUT! EEP! She looks a but scary! Not really like me at all! Cried my fearful mind.

COME YE! Soothed the CBB and I wandered over to her.

“It’s so nice to see you nursing your baby!”

*EVER SO SLIGHTLY AWKWARD SILENCE*

“Sorry, just thought I’d say I really appreciate you nursing in public as it makes it all much easier for mums, I reckon, um..babble, babble..”

“Yeah, I normally do it in the toilet but I just didn’t today.”

We smiled and had Meaningful Mother to Mother Eye Contact etc and it didn’t end awkwardly AT ALL. Of course, on my way out I thought about how awfully patronising I probably sounded, and how idiotic it was for me to even mention it, it’s such a non issue.

But turns out it is an issue. The latest edition of our local newspaper had as it’s front page “Mother told to leave for breastfeeding in the Food Court of the Mall”… Yep, that REALLY HAPPENED. She was told by staff to stop breastfeeding or to leave. Isn’t that just gobsmacking?

How awful I felt for the mother asked to leave- how horrendously humiliating- and how glad I felt that I did have that encouraging conversation with another breastfeeding mother just a few weeks earlier.

Mystic Meg aside, (Come on, that is WELL WEIRD that I had that funny solidarity chat in the food court of the Mall I never go to, eh?) I did feel like at least it’s not all completely out of kilter. Because other mums will be saying kind things to other publicly breastfeeding mums all over the place- I know they have to me- and every single one of these is a counter weight to all the nonsense and humiliating guff spoken to breastfeeding mums at other times.

WE are the antidote to ignorance! WE are the salve for wounds of embarrassment and rejection!

(Our kind words are SO important and so us our own public breastfeeding and campaigning for more welcoming attitudes to nursing mothers.) 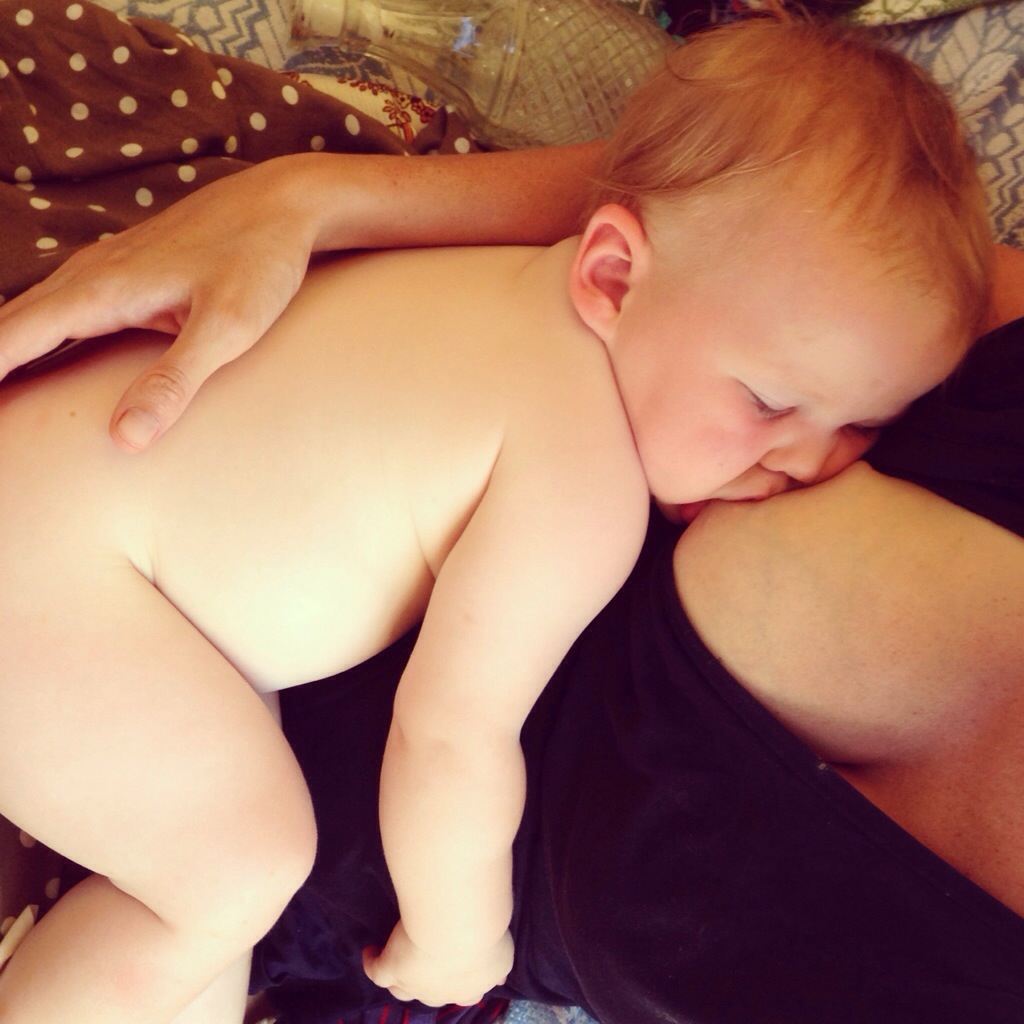 So go on, really, the next time you see a breastfeeding mum, go over and give her a verbal High Five. Leave out the patronising, and no need to glorify it or Boo Hiss at a bottle, but simply let the mother know that she is making the world a kinder place for other mothers and babies. Have the courage to tell a breastfeeding mum that you appreciate HER courage.

I might head to the Mall and let the kids spend their dream day on the carousel while I breastfeed brazenly and cheerlead anyone else doing so!

PS I wrote something like this but better last year…

Resist and Relax – a Baby Led Approach to Weaning