I sort of feel like our current life can be just summed up in lists of insects. If you think every blog update about our life features more insects than strictly necessary you should try having a daily conversation with me. I pretty much just itemise the insects and the locations I’ve found them. “Cockroach. Sock.” (Well boring.)

It is the Numero Uno, possibly single, thing I dislike about our new, getting down with all the nature kind of living arrangement. We’ve been here four months now but I still get the uncontrollable grossed-out convulsions whenever a bug surprises me. The worst thing is the roaches. They are bush cockroaches, prolific less because of filth and more because our yurt is slap bang in the middle of an orchard. But they look far worse than the normal domestic cockroach. They have shiny black shells and can be as big as a grown up’s thumb. When they sit on the ceiling, the way our little lamp shines, they become monstrous, their silhouette doubling their size.

Places we have had cockroaches in the last week:
On top of my head
Up Tim’s trousers
Up the trouser leg of a guest

Also, other places we have had bugs:
Up my nostril (an ant)
In our bed (a granny bug)
Inside the coffee pot (a stink bug – the skunk of the insect world) 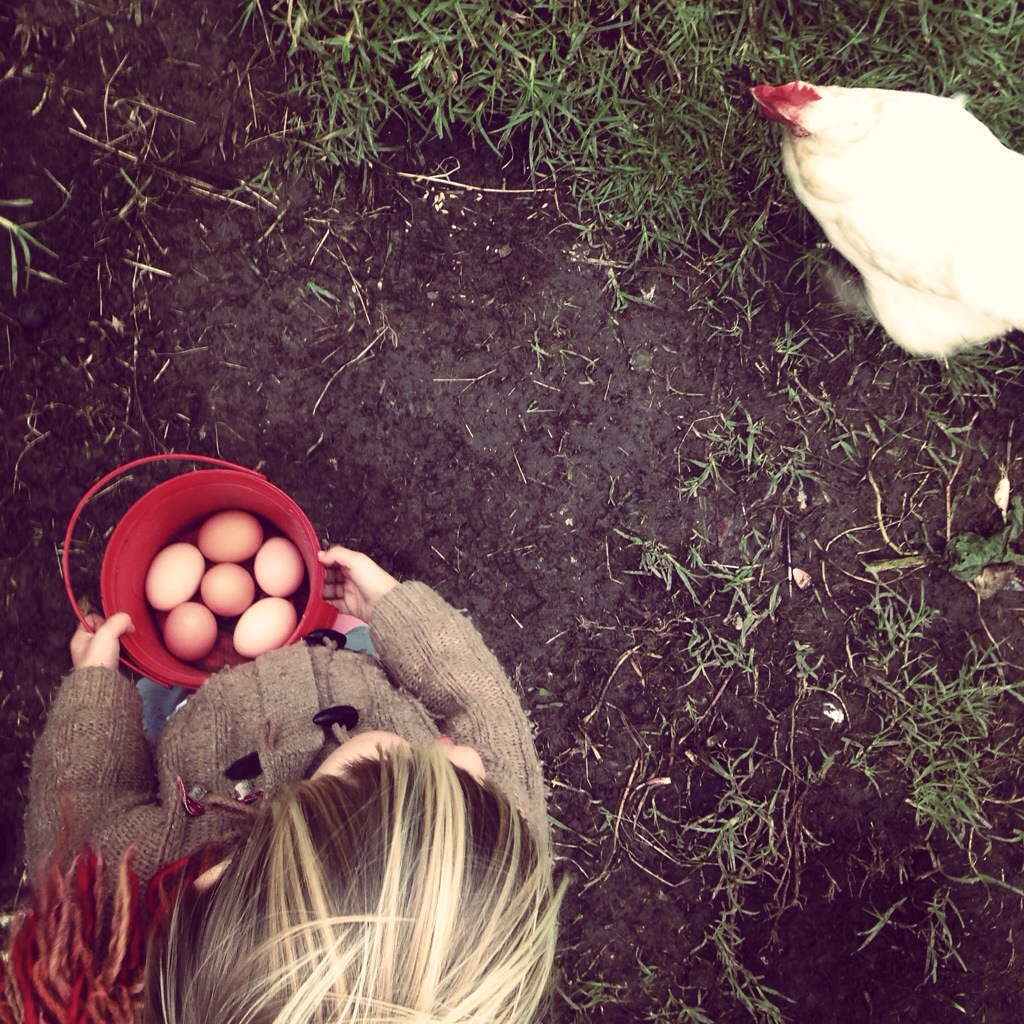 I sweep and dust everyday.  (Yes, DUST! This from me, who was meant to dust the house as a child as my only household chore, and instead just used to stand in the middle of the room and squirt the spray so that it smelt as if I had dusted. Sorry, mum) We do the dishes and stuff. And don’t have piles of junk. But still, they march on in, as if they own the place.

Non-insect wise we pass the days in flurries of home/ farm activity. Lurching from play to tasks and to play and trying to keep it all as seamless as possible.

It is really winter here now. The nights are cold. As cold as I’ve ever known a night to be. I sleep with three woolen jumpers on, and three down duvets over all of us. Cosleeping is crucial not only for attachment’s sake but to stop us getting hyperthermic. I realise how solo beds are a modern invention- bought in with the luxury of efficient heating. Other bodies are the superior way to stay warm. (The bugs, understandably, realise this too.)

Ramona, at three and a half, is the bee’s knees. She bakes, three times a day. Half of it eaten before it makes it into the oven. Her imagination has exploded in a mushroom bomb of fantasy. Everything is a someone to her – elaborate games of hospitals with a box of screws. 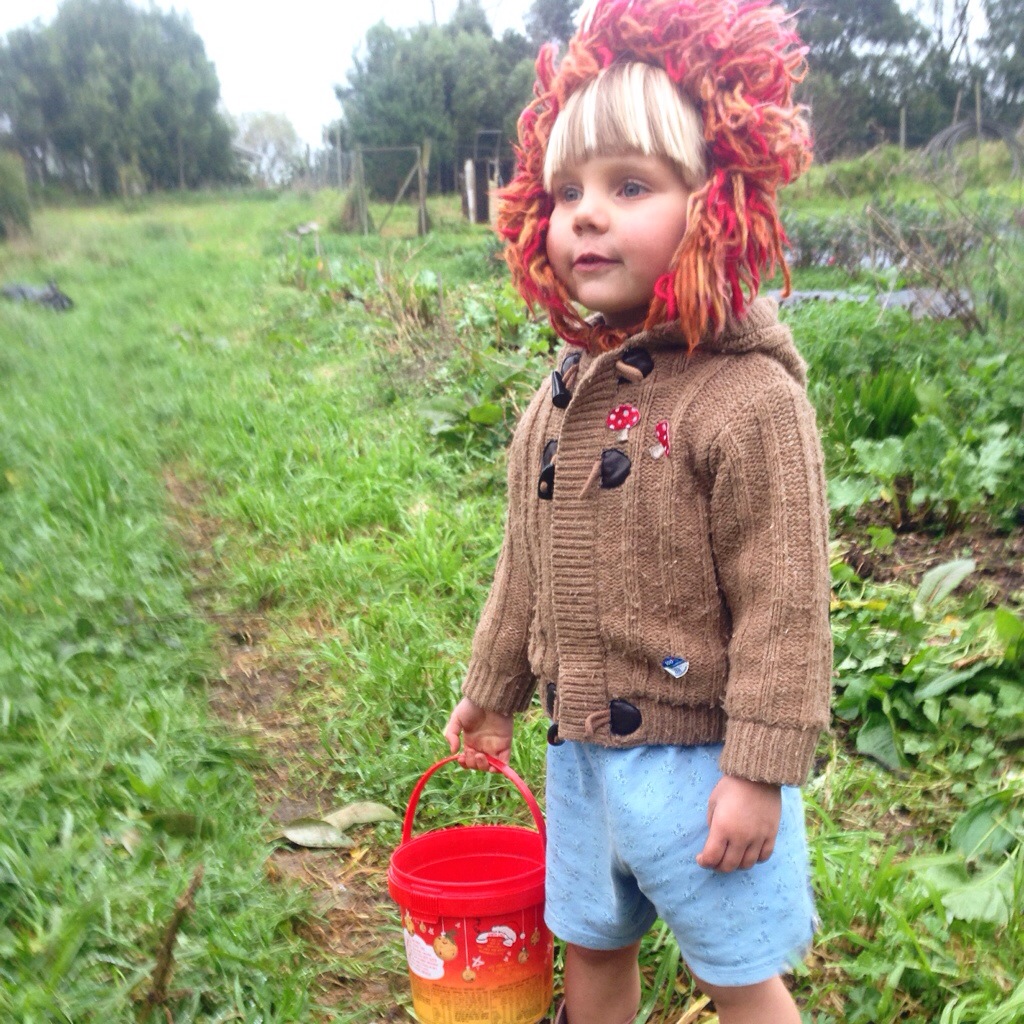 Juno is almost a match for Ramona, talking as much (most of it in a sort of Finnish. However, yesterday she shouted the milking cow’s name across the paddock, as clear as day. “STELLA!” she yelled. She says “Poo” for potty now which feels like it has heralded a cool new stage in our Nappy Free life) and climbing as much and eating as much and dancing as much. Whenever she hears any kind of beat she sort of vogues- striking these poses with such aplomb, bobbing her head to the beat.

Juno is also obsessed with insects. She vogues into a David Attenborough stance, on her belly, commando crawling closer and closer until her eyeballs can absorb every bit of the stomped-on roach or the still-surviving, slightly pulsating black stripe of ants.

Which is great, really. Because we have many. Far, far too many. 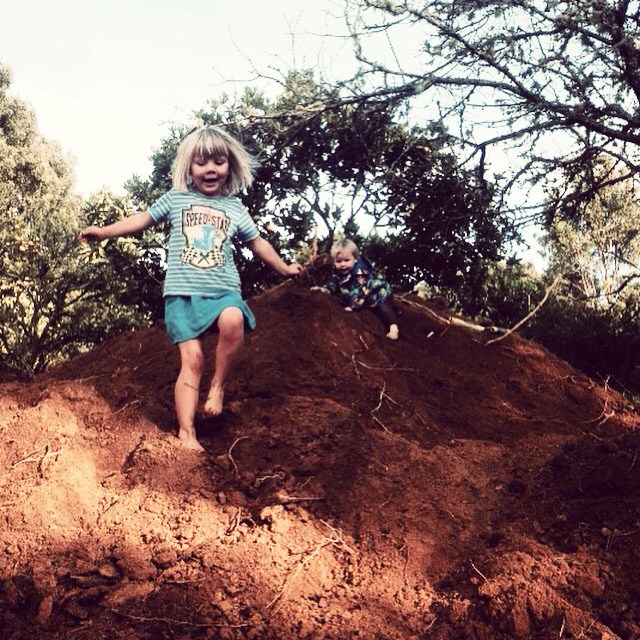 How to start an Outdoor Play Group

Why go No Poo? Save money, ditch the toxins and release your hair’s natural beauty