Waking up with something crawling on my face has pretty much been a lifelong fear of mine. A fear that was finally realised last Wednesday when a tickling sensation on my cheek pulled me from my dream (my dream was probably about sleep – both my day time and night time reveries are basically about getting more sleep…)

I was actually relieved to find an enormous Praying Mantis. Far, far better to have a goggle eyed, try hard stick insect having his devout way with my face than his cruel, shiny black scurrying cousin, the Cockroach.

We have a lot of cockroaches and other members of the insect community in our place. ALOT. There isn’t much you can do when the outside is so inside, y’know? Little cracks where the canvas wall meets the floor and gaping holes in the tree house kitchen. There are some serious blurred lines between our home and nature right now. 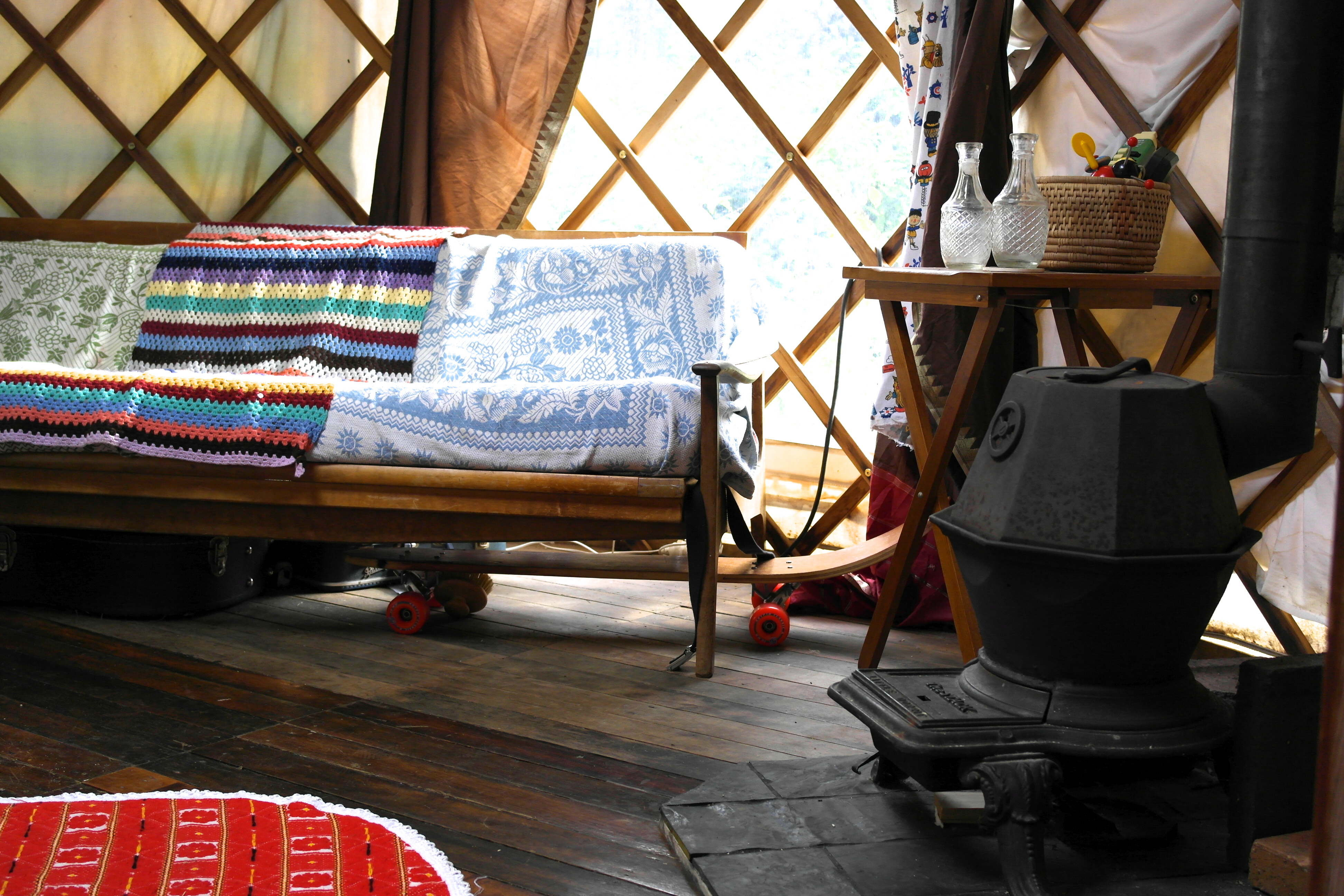 If the rest of it wasn’t so darn perfect it would definitely be too much. 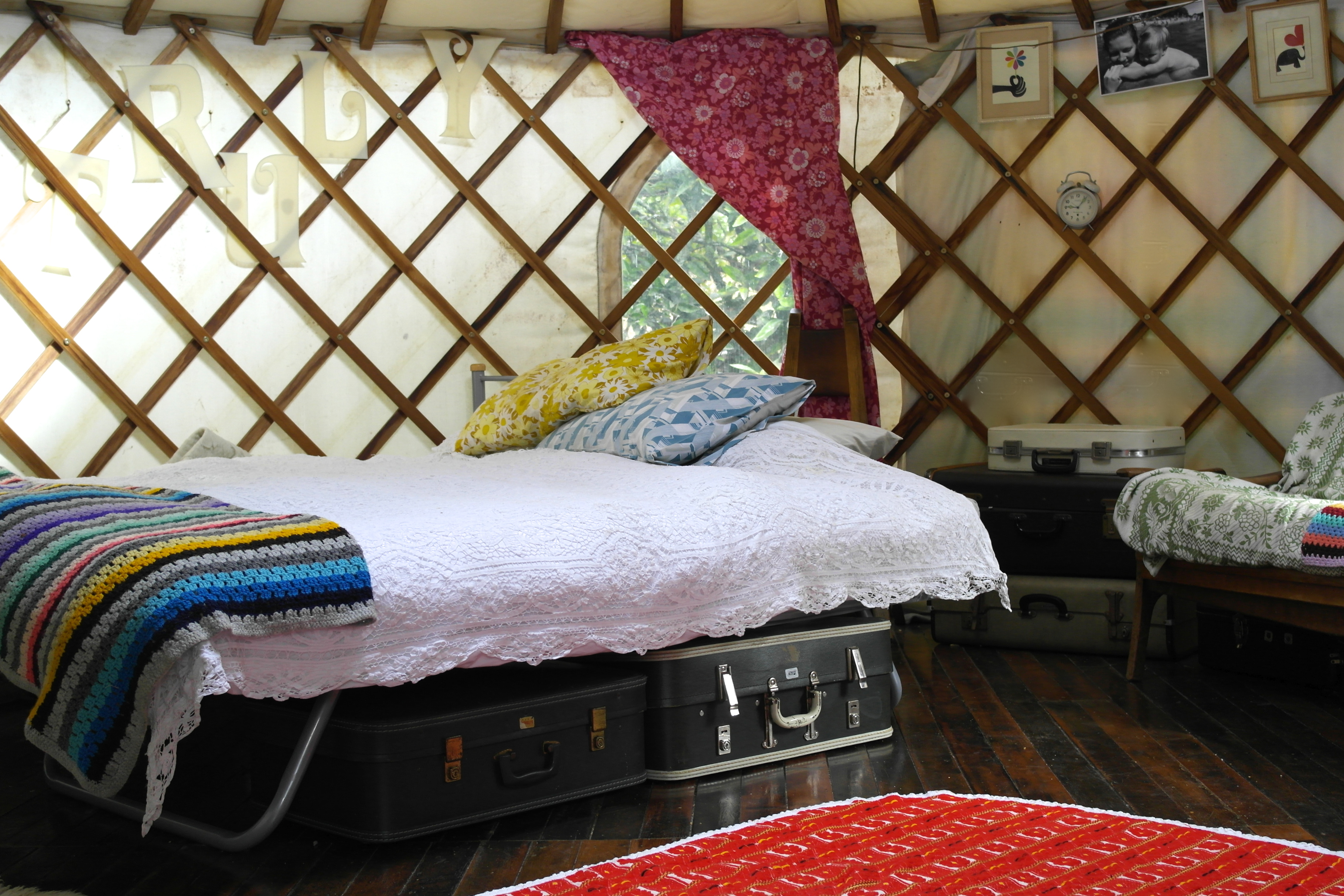 We love the yurt which feels like an almost sacred space with it’s circular fluidity. The few things we lugged over from England just fit in it so ideally. The look is retro-yoga-retreat-chic, yeah. 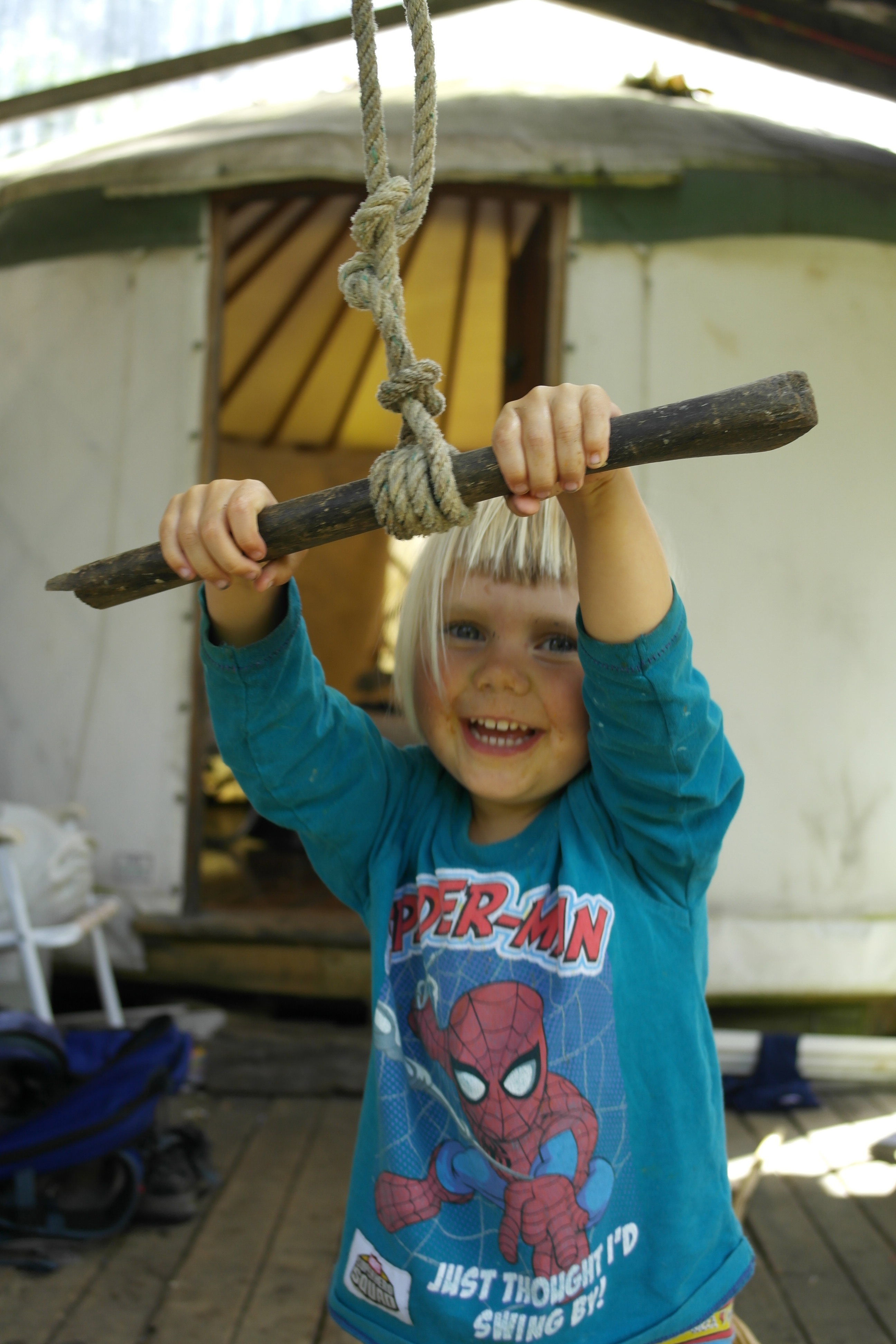 We actually love having nature all up in our grills. We spend 90% of most days outside, which is what life is meant to be like I think. It is still HOT here so we eat our meals on the deck. Both the girls have swings that fly off the deck too. 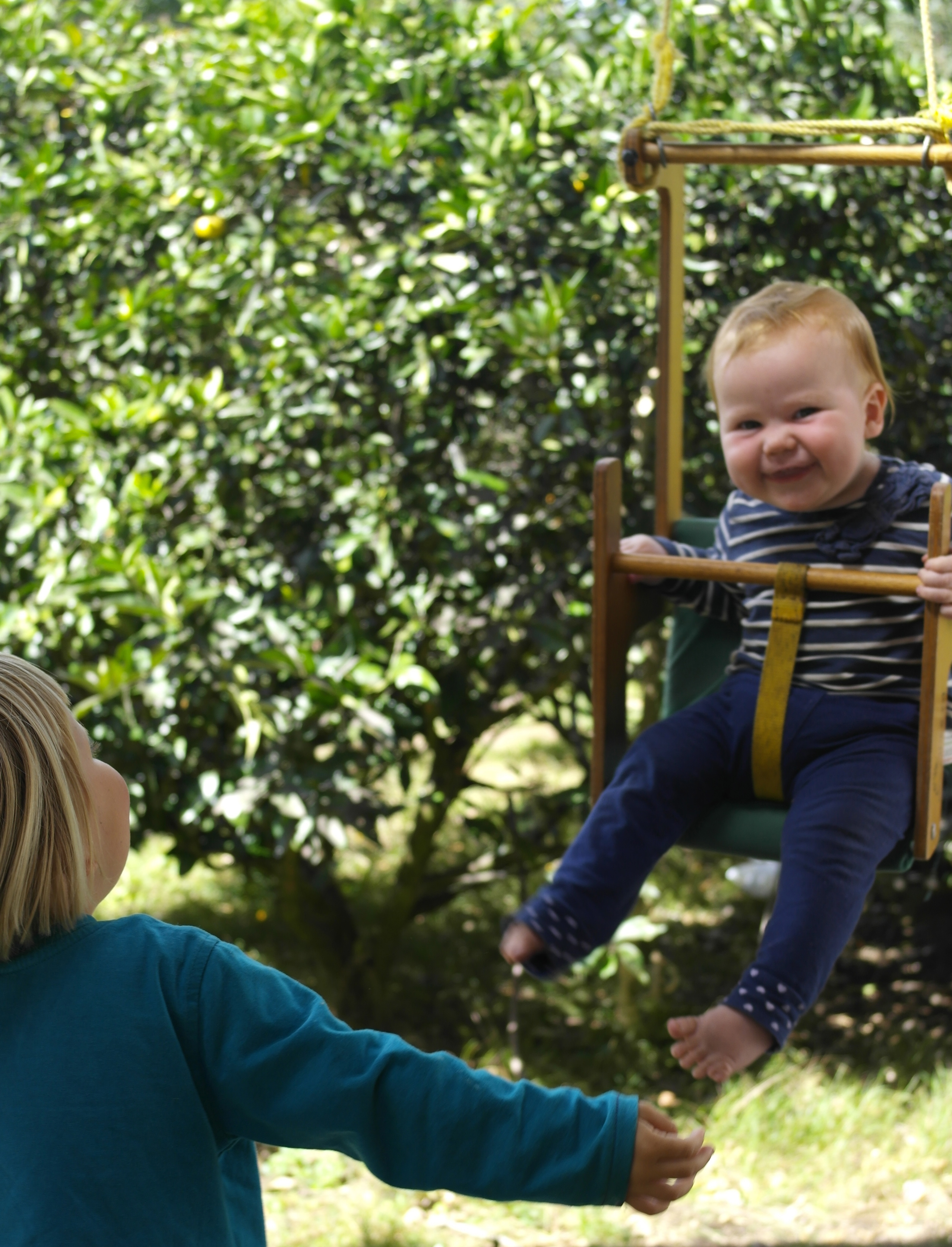 We have a sort of kitchen cabin off the deck, and through that an old caravan which has become a bit of a play / craft room. We don’t have a bathroom (we smell more than usual) and have a little walk to the composting loo which takes a bit of getting used to. 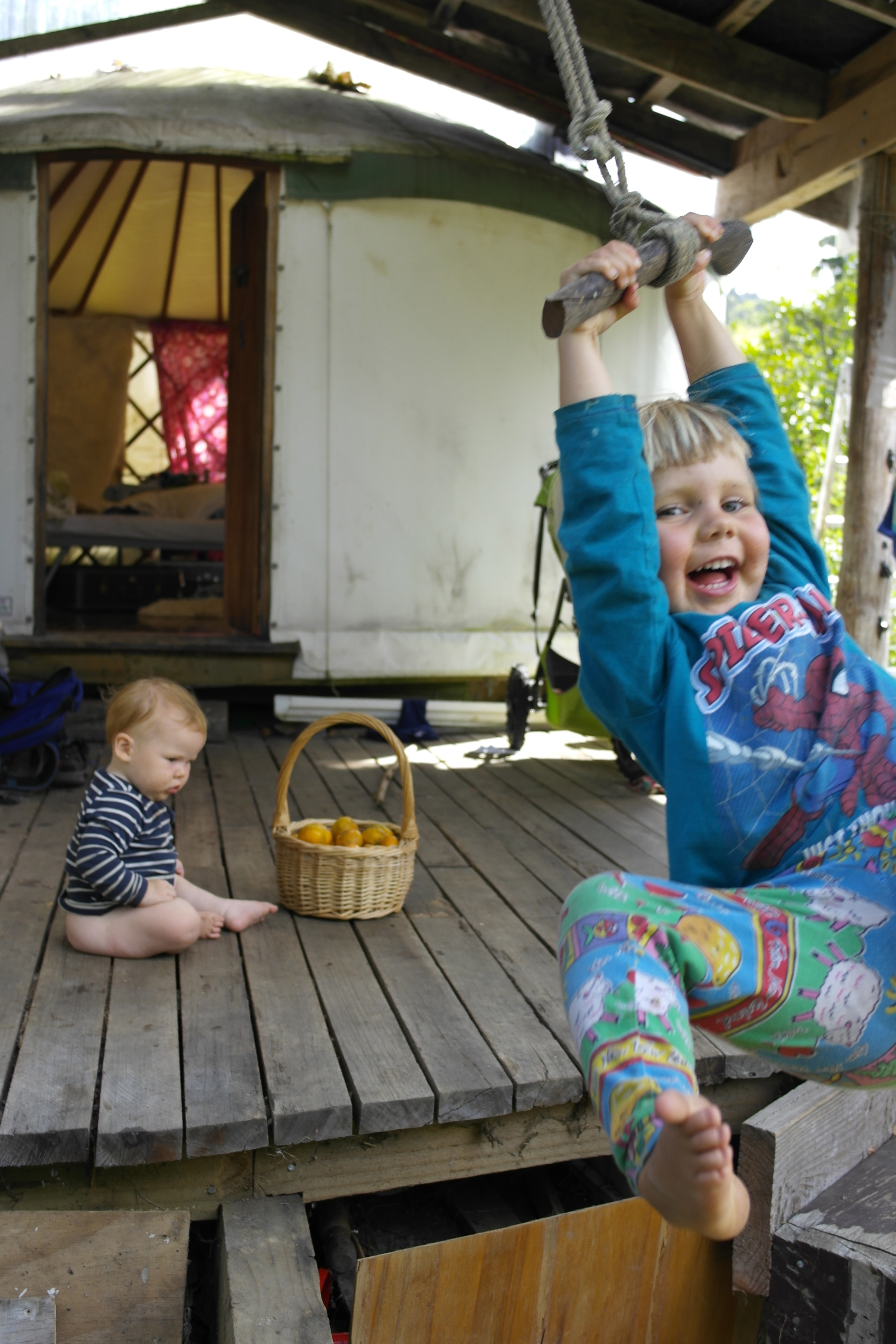 We love living cooperatively with the other two families on the farm. It is making us fairly certain that we want this community life for our family. 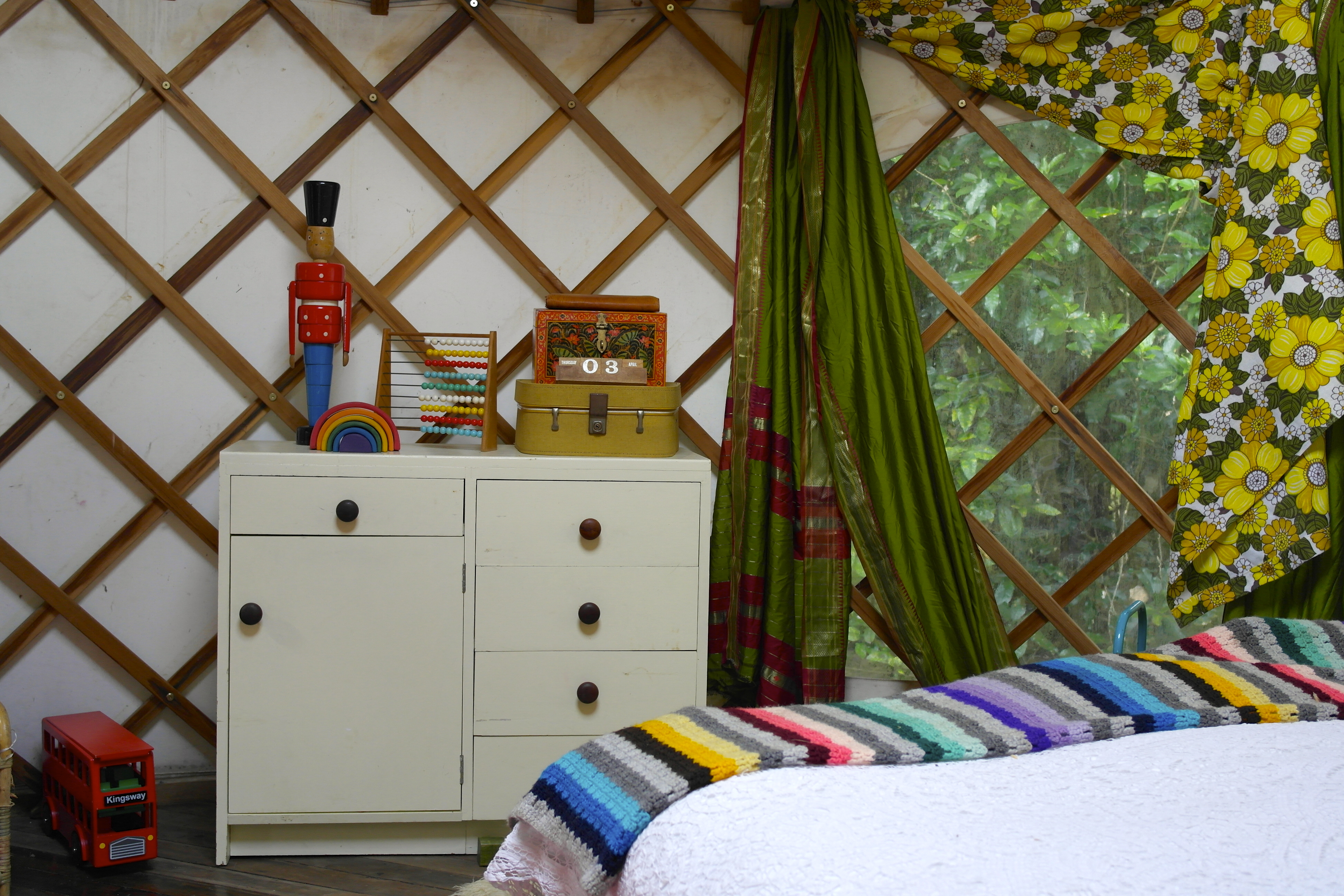 We are surrounded by these little native owls called Moreporks and they sing us to sleep cooing “morepork! morepork!” There are plenty of nocturnal possums too but they have an unwelcome, evil witch cackle. 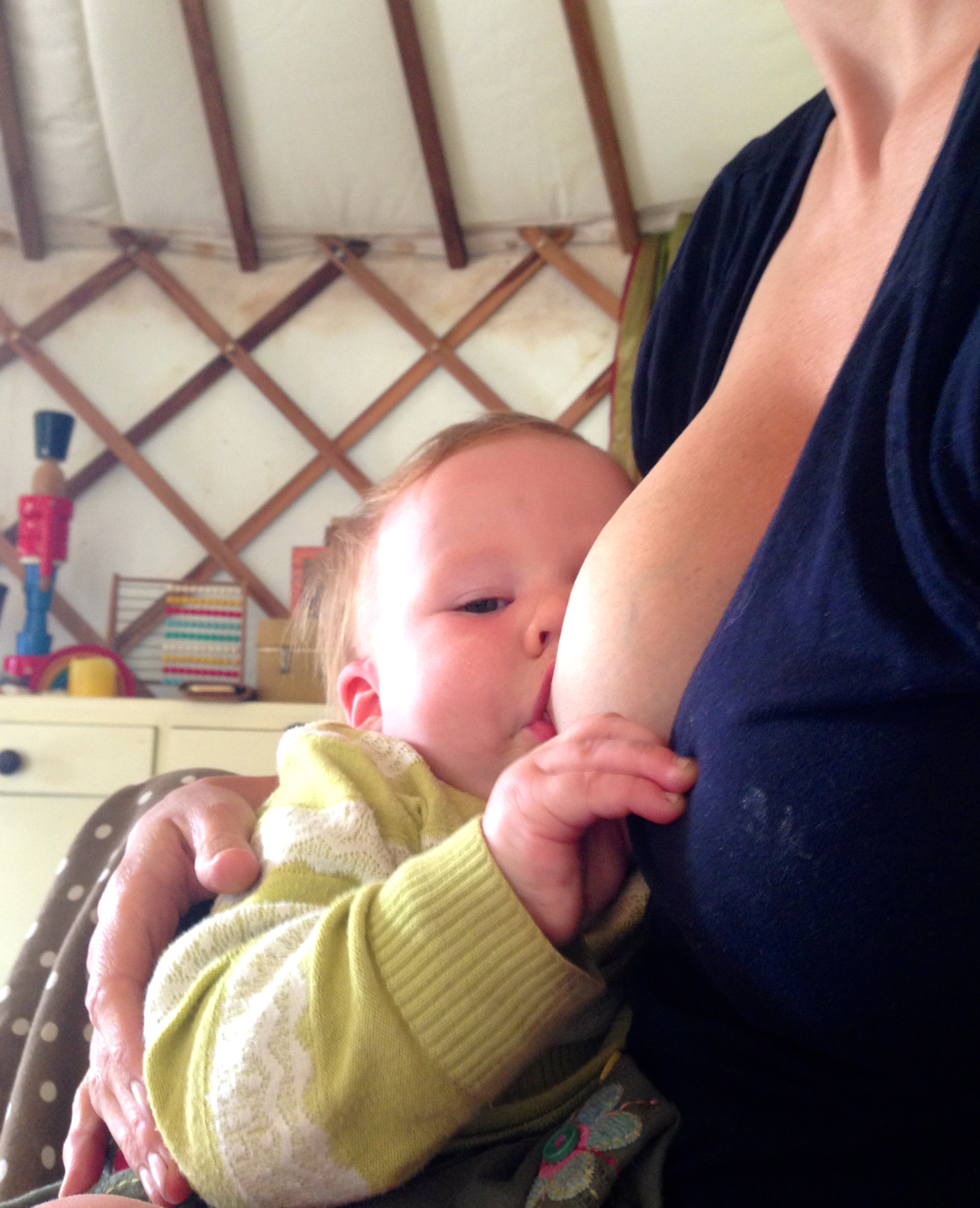 We love milking the cow (Yep! I am rubbish at it as I have way too much empathy) and collecting the chicken eggs and eating whole meals with 0 food miles. 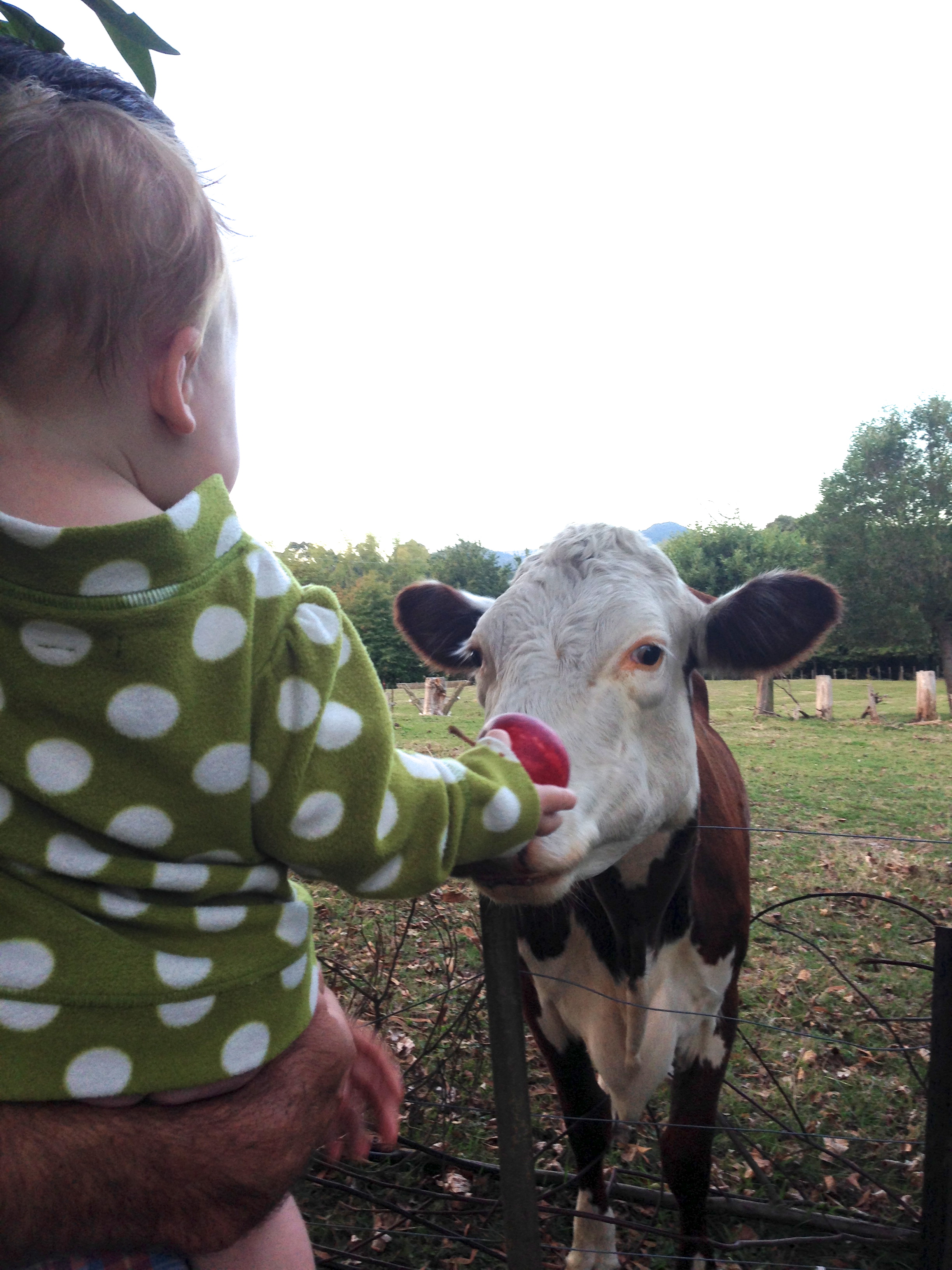 We will have to see how we get on with the winter. It will involve waking in the night to put a log on the pot belly stove and pinning up wooly stuff all over the inside to insulate. It will be cold but hey, what doesn’t kill you makes you stronger, eh? We will be so jolly hardy by the end of it. 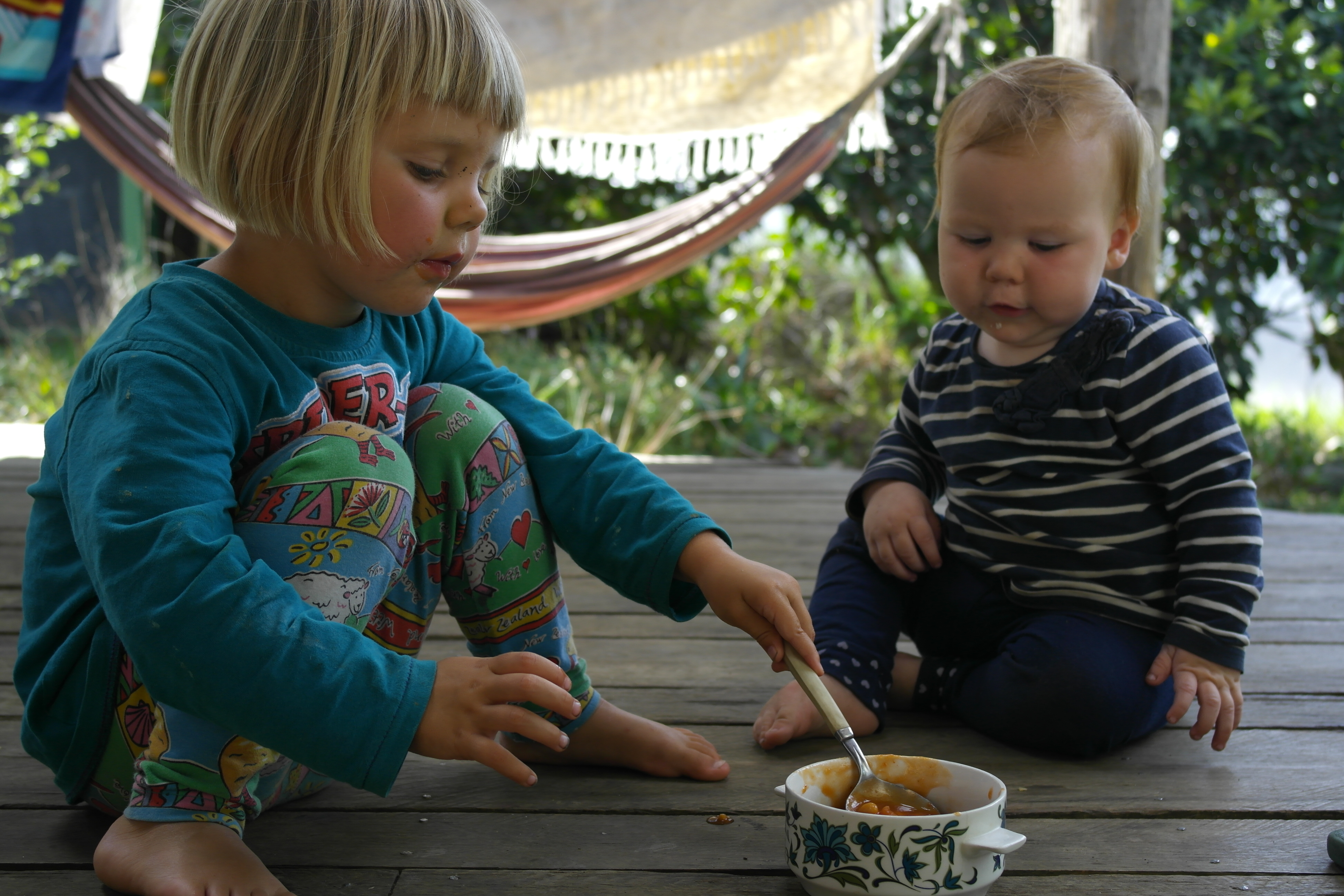 I just need to be more assertive and get on less intimate terms with the local bugs. 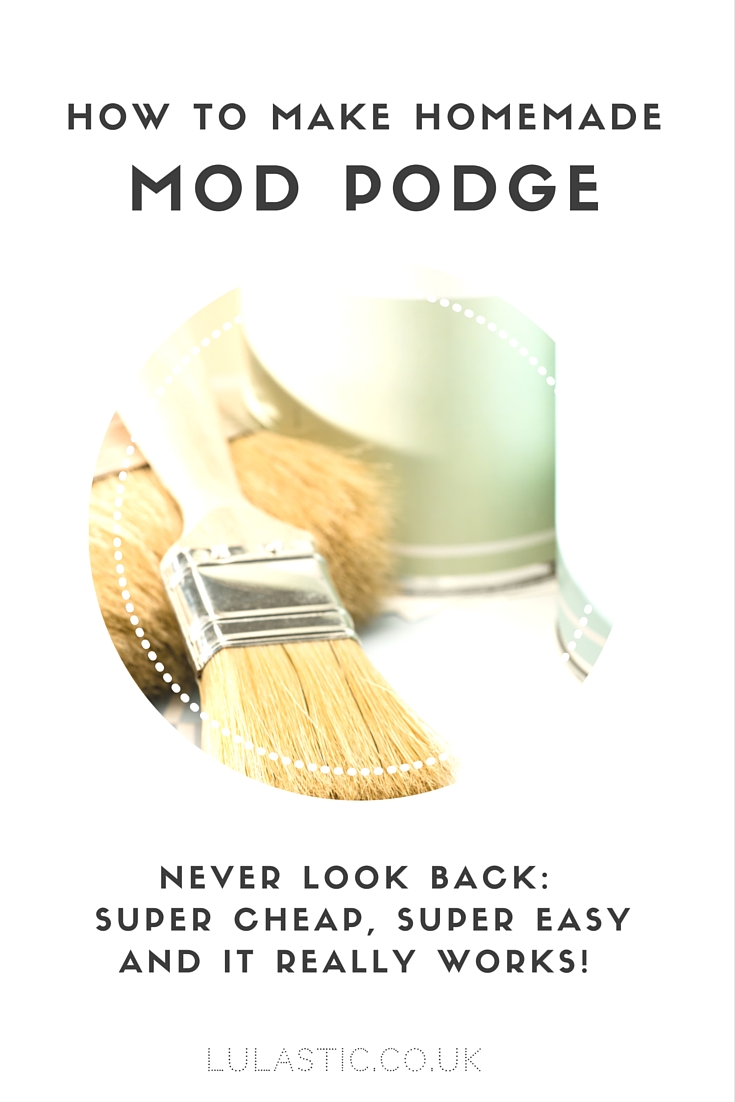