Let’s get down to the nitty gritty about elimination communication with a one year old!

One morning last week as Juno march-crawled past me (it is technically a crawl but it evokes the resolute marching of an army of fearless soldiers) I spied a bit of tell-tale poo on her little bare bottom.  I scanned the space around me but couldn’t spot a turd anywhere, I looked under her rocking horse (“Going on a poo hunt!”) and, with dread, on the sofa. No poo. Hmm. I had the quick senseless conversation only a pre-coffee mind can have with itself about Ghost Poos and then gave up looking.

About an hour later Tim bent down to put on his shoes and WOAH THERE! He got a bit of a fright because that missing poo? Well, that poo was in Tim’s shoe.  TIM’S SHOE!

Juno is one and we have been doing Elimination Communication (EC) since birth. Some people call it Nappy Free (I do too sometimes as EC is technically correct but creates much more puzzlement) but Juno has worn a nappy a fair bit more than Ramona. We’ve been travelling for so much of her life and when we have been in friend’s houses or in the car seat we have put a nappy on her. 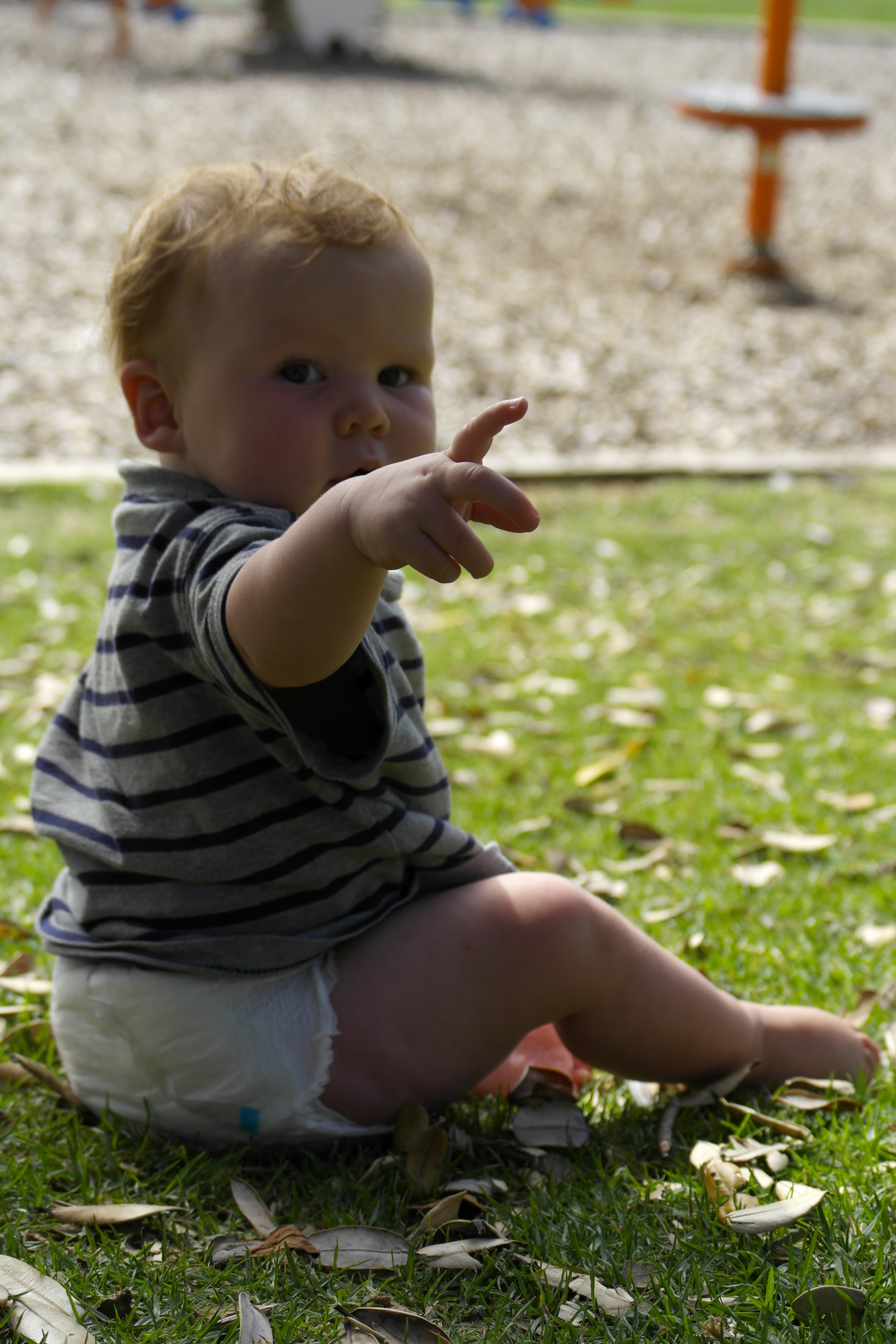 In other ways Juno’s elimination communication story is different too.

By this time with Ramona we were able to say that we catch all poos in the potty and 9/10 wees. This is SO not the case with Juno. We have hardly any idea how many wees we catch – sometimes as little as 2 a day (normally the after sleep ones which are pretty much guaranteed.) And with poos, well Juno really LOVES to poo standing up. I guess it is the ergonomically superior way to do your business. But does make this EC malarkey a bit trickier!

We have also been on a bit of a journey with Juno on the body autonomy of a baby. With Ramona I grew in understanding of how important autonomy is to children – I began giving her every chance to be in control of what happens to her own body. It took a workshop from the magnificent Pennie Brownlee who talks on the Pikler Institute to really realise that this autonomy begins with a newborn. An example used is with nappy changes – the Pikler movement shows that it is possible to ask a newborn permission to change her nappy, and by the time they are toddling, to wait for them to be ready before changing their nappy. The nappy change can be a beautiful example of respect and connection, and should begin at birth!

So we are far more hands off with Juno – if we see she needs to go we always offer the potty but we don’t insist up on it-  unlike with Ramona where we would sing and dance to keep her on there! We feel it is Juno’s right to chose where she wants to go, and in time, we know she will chose the toilet or potty. 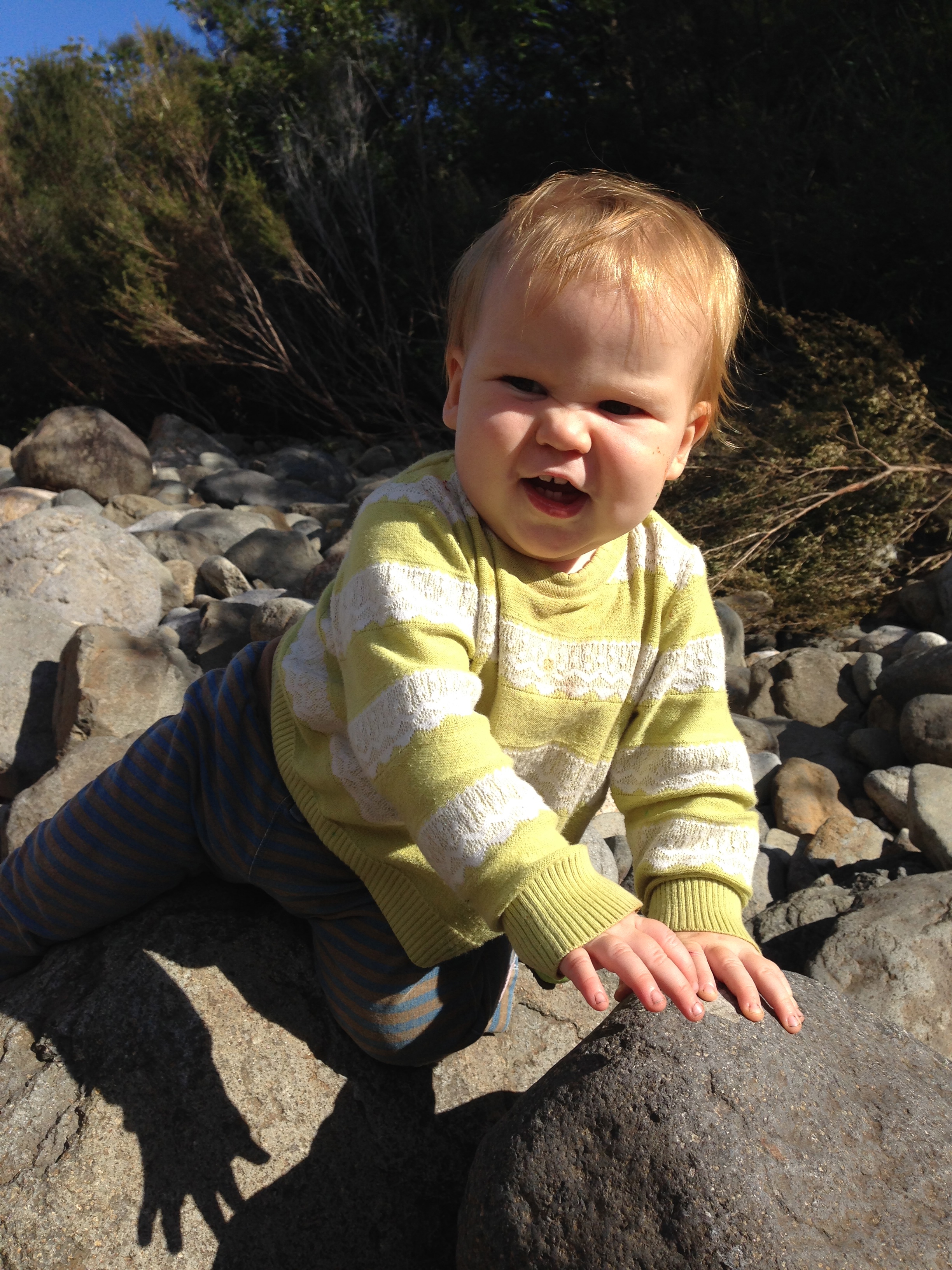 Juno has been SO conscious of doing her poos and wees- I think spending enormous amounts of time without a nappy on is key for this. She has responded to key words for months and months and has been climbing on the potty to do her business (every so often) since ten months old.  She also helps wipe up her own wee (by choice, not in an angry “You did it, you clean it!” kind of a way!)- and if Juno does a wee with her nappy on she brushes the floor in front of her as if to say “Look, it isn’t THERE?!”

We are miles more relaxed with EC this time round (hey, with EVERY PARENTY THING second time, eh?)

I think with Ramona we REALLY wanted it to “work” so that people didn’t think we were completely bonkers doing it. Where as with Juno we KNOW it works (they do communicate their needs from birth, and they can be in normal underwear from a very early age) so feel less pressure to prove it and can just enjoy all the benefits of it. Such as ease of pooing for the baby (I think some baby angst is to do with not being able to find the best position for pooing) and way less pooey nappies and much more awareness of bodily functions.

We are really lucky to live largely in an environment that is really supportive of natural parenting things like this and I think this really helps. We can just roll with it and we don’t feel any need to follow up every missed wee with an apology and excuse “So sorry! We do normally catch all her water works!”

It makes me wish a little for a much more supportive society for this kind of thing. Where bare bums weren’t gasped at with disgust and where even the thought of baby wee is terrifying. (Surely, SURELY, giving a baby a chance to wee by a bush is the same as a dog doing a wee wherever it likes in public?)

I do feel that more people are getting on board with the EC thing. Over a couple of years the London group I used to be a part of grew tripled in size and I’ve met a few women already in NZ who do it.

I think as more parents experiment with nappy free time we will become much less afraid of our babies BUTT CRACKS (as Ramona insists on calling bottoms) and much more used to the odd poo in a shoe!

(Hehe, not really, I do see that that isn’t a very compelling or ambitious vision for society.)
PS Read all my posts on elimination communication: 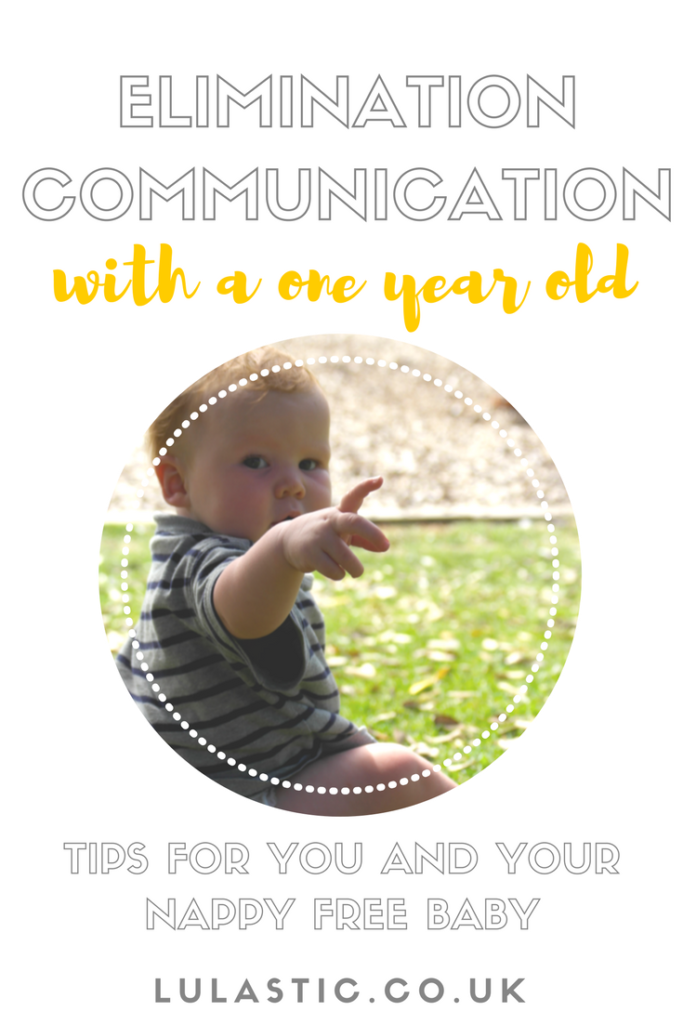 5 Tips to Boost the Connection in Your Parent Child Relationship 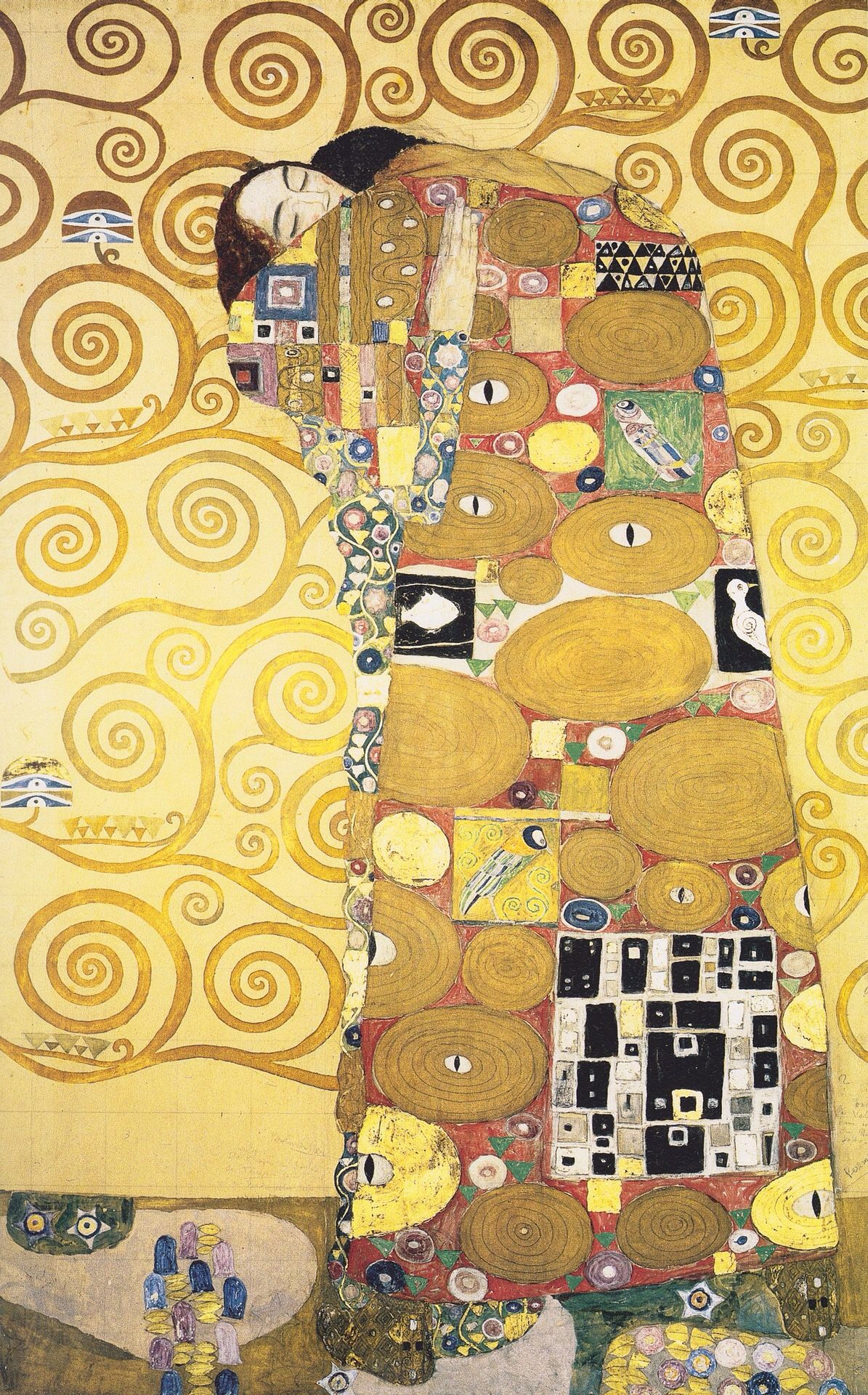