One of the best parenting decisions Tim and I ever made was to share our employment and stay-at-home- parenting equally. After a long maternity leave- 14 months- I went back to work for 2.5 days and Tim reduced his days to 2.5. It worked perfectly; we both enjoyed solo time in adult environments and both got to spend quality time with Ramona. Ramona continued to breastfeed when I was around, we learnt how to hold a more linear conversation again and our status as co-parents, equal to Ramona in everything, was consolidated. 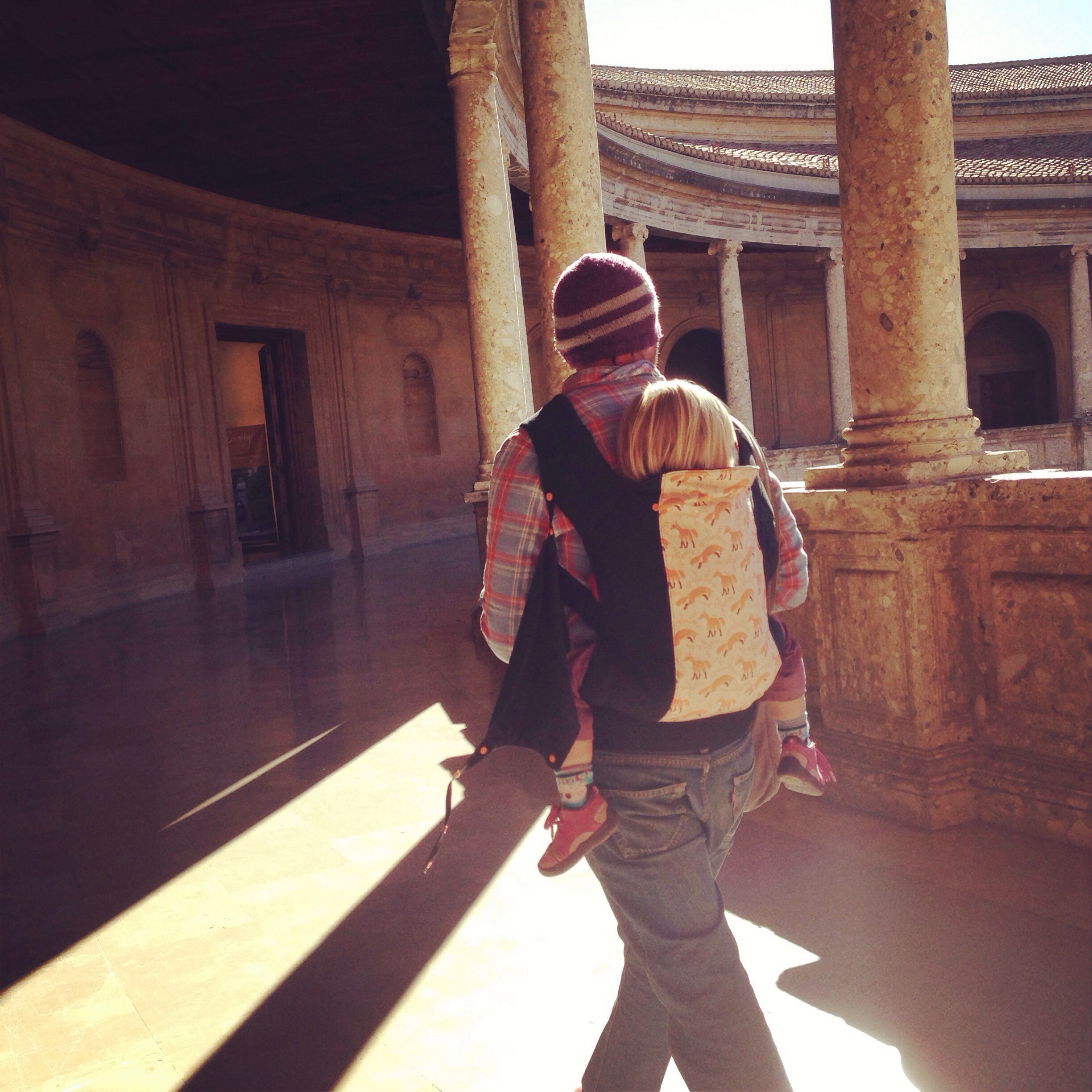 Just last week the government announced new plans for shared paternity leave. Fathers have been able to share leave with a mother for a couple of years now but new policies make the arrangement more flexible and could mean far more parents take it up. Policies like these, and workplaces that allow flexible working such as mine and Tim’s arrangement are VITAL for gender equality in the workplace and at home.

But what is actually like for a couple who share their parental leave? Here I speak to my colleague, Ian, who also writes beautifully at Royal Blue Baby, about what it was like taking over the full time parenting of the “precious one” after six months. As he points out, workplaces are still structured around gender roles from the Mad Men era and this must change.

The precious one’s mum is quite organised so we were chatting about it before the first scan. I hadn’t really pondered what it would be like to spend so much time washing up pink garish plastic things in a sink, so I just thought “Yeah, sounds like fun. Why not?” Besides being up for a challenge we both know that we’re lucky to have been able to make the choice, but the main thing was that we see parenting as a partnership. And I thought it’d be fun and different.

Was there a single moment that made you realise you wanted to do it?

Not really. As I say, I’d committed to it like you might respond when someone suggests a pint or two a week on Wednesday. But I knew I wanted to do it as it just seemed like a fantastic chance to experience something that a few years ago I never thought I’d do.

How did your work respond to the request?

I was lucky. People have said to me that it would be career suicide where they work but for me my manager was especially supportive. He’d done something similar when his son was little as he’d been a free lancer and built his work around caring for his son. He almost ushered me out the door. Weird.

How did you find it amongst the community baby activities? We hear horror stories of dads being made to feel alienated at Mums and Tots…

People ask this a lot. I hear stories but I haven’t experienced it. Before I went on leave I was adamant I wouldn’t be a joiner-inner but then whether it was for my sanity, for his development or just to stop being housebound, I went to stuff. Whether at baby college or music groups and the like and I never had a bad experience. Although I preferred structured play to a glorified toy room in the days before he was truly mobile. That’s not to say that people were always coming up to me and giving me hugs and firm handshakes as I strode through the door radiating modern man. They weren’t.

Lots of times I went to things and sat on the periphery but I never thought I was being picked on. Often I’d go to groups and people clearly knew each other. I never expected that I’d jump into the middle of a group and start telling them all about my travails with the precious one. In most situations people talk to the people they know. Often I wasn’t bothered about swapping stories about poo and sleep. Sometimes I would meet people and chat. I’m pretty relaxed about it when I go to things. Now he’s fully mobile I go to a play group most Friday’s and I know the odd person, sometimes people offer me a brew and sometimes they don’t. I’m not always trying to make friends so I’ve always concluded it’s about my attitude as well as other peoples.

There is one particular group of people who suggest that under threes should never leave their mum, as even their dad doesn’t have the same instinctive response to a child. How would you respond to them? Did you feel any deep down instincts kicking in?

I never met those people at play group (maybe they alienate the dads?) I had great fun with the precious one and I think that he did too. He seems to have survived as happy as he always was. I think that this touches on the most profound change that me taking over at the six months mark had on our family. At first neither of you know what you’re doing, then you start fumbling along and then the mother surges ahead as she is spending so much time with the baby. Then, and I think this is visible in 99% of parental couples – you kind of fall into a pattern where the woman becomes the project manager and the man the project officer. Sure, I was “hands on” and getting stuck in to the tasks but it’s the woman who knows when they need sleep, food or if they’re just a bit miffed about something. I don’t think that’s instinct as much as experience – especially from having that daily ongoing close contact. So, after we swapped it only took a few weeks (as they change all the time) for us to become much more equal and in many ways I started making the calls.

I don’t think we would have got to that point if I hadn’t taken the leave. I don’t think of it as a release of some ancient instinct, more I just really didn’t want anything bad to happen on my watch.

Men would say to me “I couldn’t do that.” And clearly some women think men are hampered by their penises but I just don’t see it. Anyone can do it – it’s not like a cryptic crossword.

What were you favourite bits about taking paternity leave?

I learned to be comfortable with an Orla Kiely bag. I danced to the Spice girls with nine women that I’d never met (and babies!). As well as those self-perception changing memories, it was such a good chance to do something totally different and be challenged in a new way. I loved being in charge and the stuff I said above about what that meant.

Once the winter ended and he got mobile the two of us did lots of midweek road trips to friends and families – that was loads of fun. I think people were surprised to see me as a self-sufficient parent. I also think that without his mum being there friends felt more able to get involved with bathing and bottles and sleep. The two of us loved it and I love seeing him hanging about with old friends.

Do you feel there might be any long term benefits from it?

Definitely – I think it’s changed my perspective about work and family. And I think the precious one is quite relaxed about spending time with both of us. It’s hard to say about specific things as its more that it’s totally changed our family dynamic. I would recommend it to anyone who can.

What is your situation now?

Now we’re both at work doing four days and he goes to nursery for three. So we both still get our time with him individually and our time together. Plus we get the break from the sterile sanity of office life. In truth, I was ready to go back so I like this balance. He also loves nursery and is gutted on the days when he doesn’t go.

Do you feel you have a totally equal parental partnership?

I think so. We both bring different things to it. I’m the strict one. I play a bit rougher but we’re both comfortable taking on the main role. If one of us goes away with work the other knows what they’re doing and he is fine with it.

I feel that policies like this could have an enormous impact on gender equality both in the workplace and the home. What do you reckon?

Absolutely. I think we’ve got so far to go – if you look at the low pick up – to change the culture but getting the policy in place is a starting point. Having a better balance in how we care for our children in a world where most couples need to both be in work is so important. It’ll be great for women who want careers but it will also help men claim their right to be involved with their family and I can’t see how it can do anything but good for the child.

What else do workplaces and government policies need to do to generate gender equality amongst parents?

It’ll take a while. It’s how you shift the culture and who will drive that shift. Most businesses are run by middle aged men who often have sacrificed their family for career, it’s unlikely they’ll push it. For women who might have sacrificed career for family they can easily resent it. It’s one of those areas where our generation is saying to our parents generation, we want to do it differently. That means that shift will probably be clunky and take time.

One of the interesting reactions that I got from a lot of women before I went on leave was, “do you think she’ll still agree to it when the time comes.” And “I wouldn’t let my husband.” Which was symptomatic of a wider sense that is the woman’s leave and I was muscling in. That’s what has to change.

I was chatting with a friend of mine who has just gone back to work and we agreed that we were both surprised that how to manage family and work is so low down on public discourse. Essentially office life was designed in the days of Mad Men and despite all the changes over time we’re still confined to a largely 9-5 go to a certain place model. It’s not compatible with a young family. Change this and then (wo)men can have it all!

Finally…… Would you do it again?

I will be in a few short months time.

Thanks Ian! I reckon sharing the stay-at-home parenting role is the least mad thing a man could do. It’s most often better for the family and society when parents can do this.

I’d love to hear from readers- what is your situation? How does it effect your experience as equal co- parents? What do you think needs to change in order to attain gender equality at home and in the workplace? 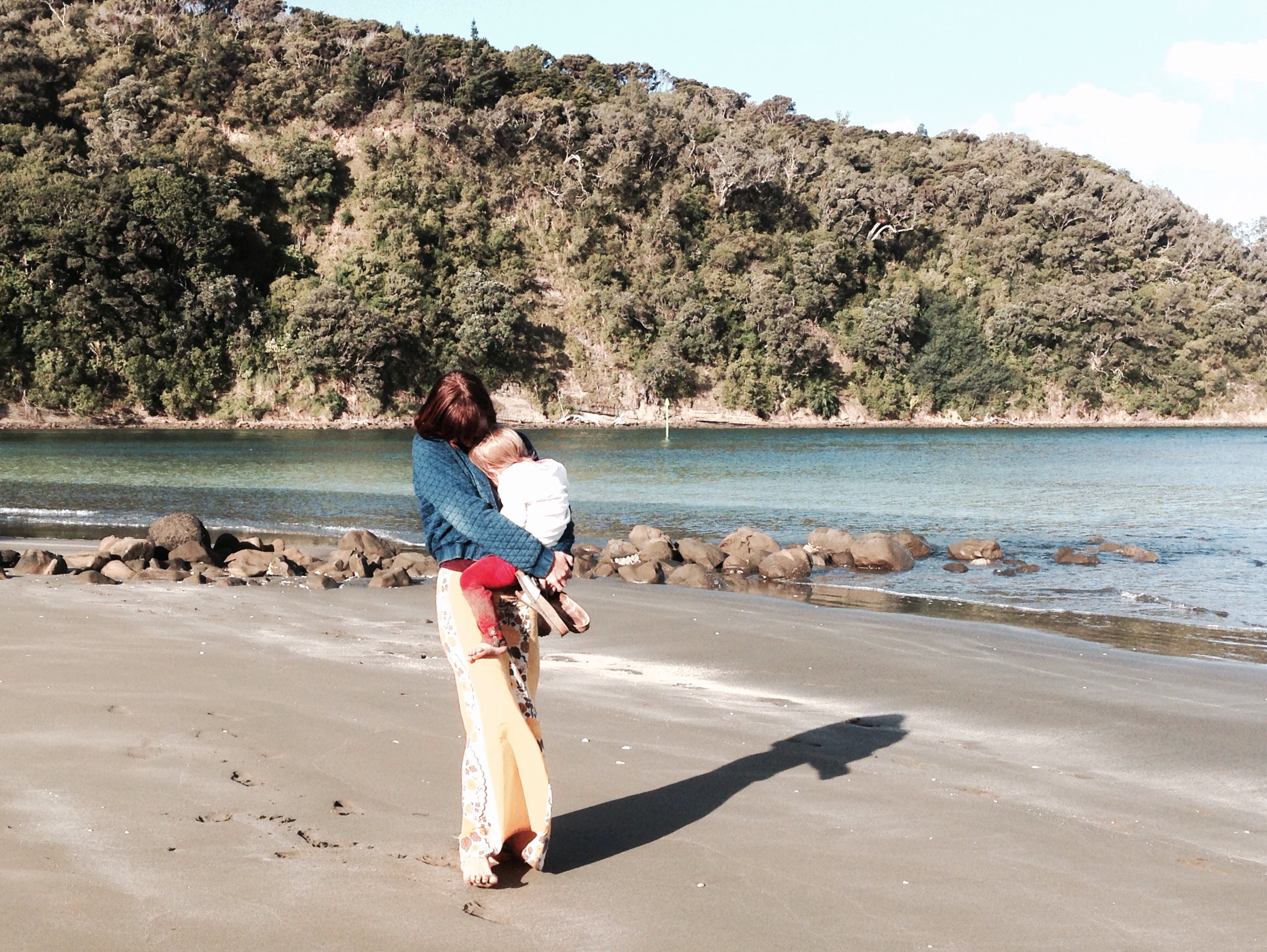