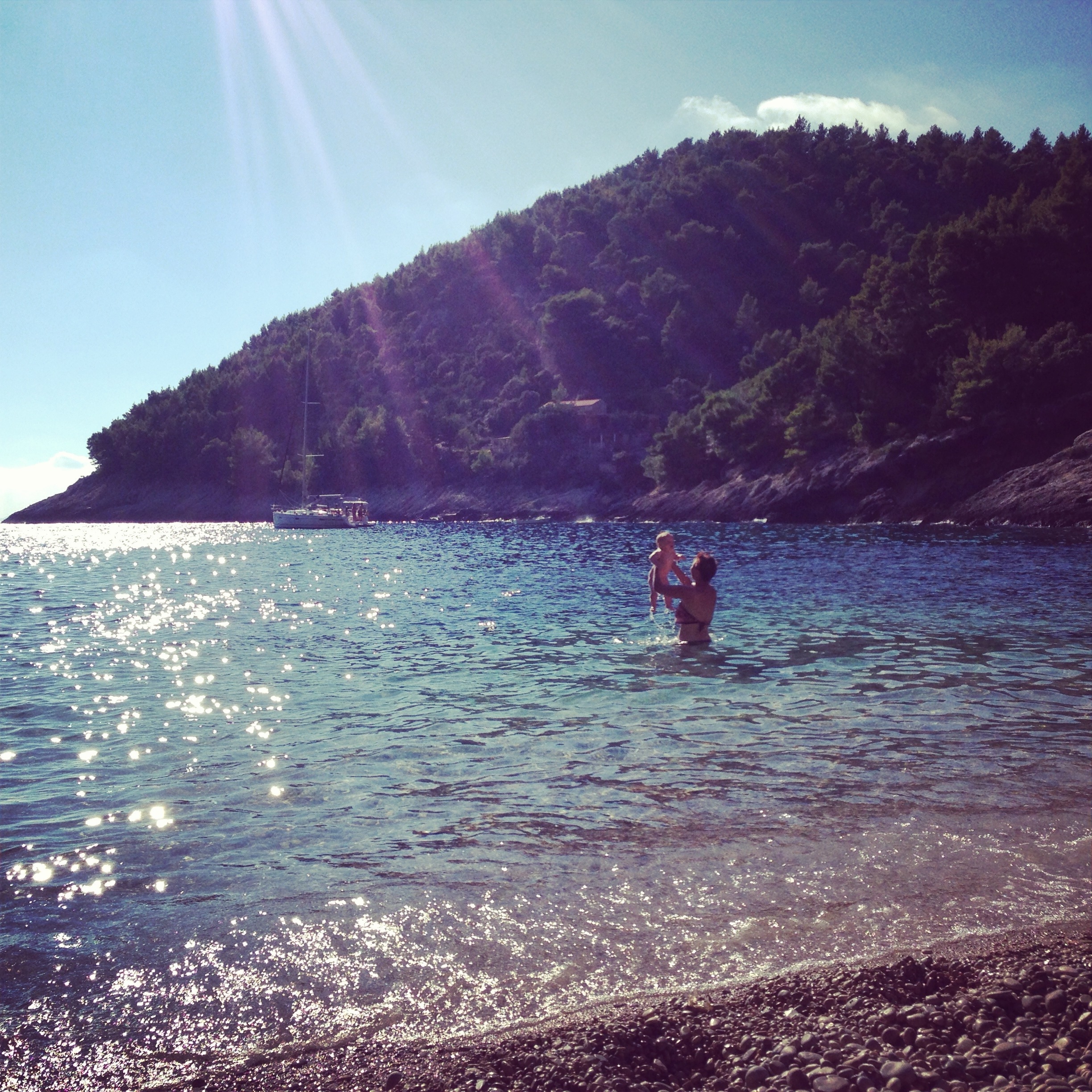 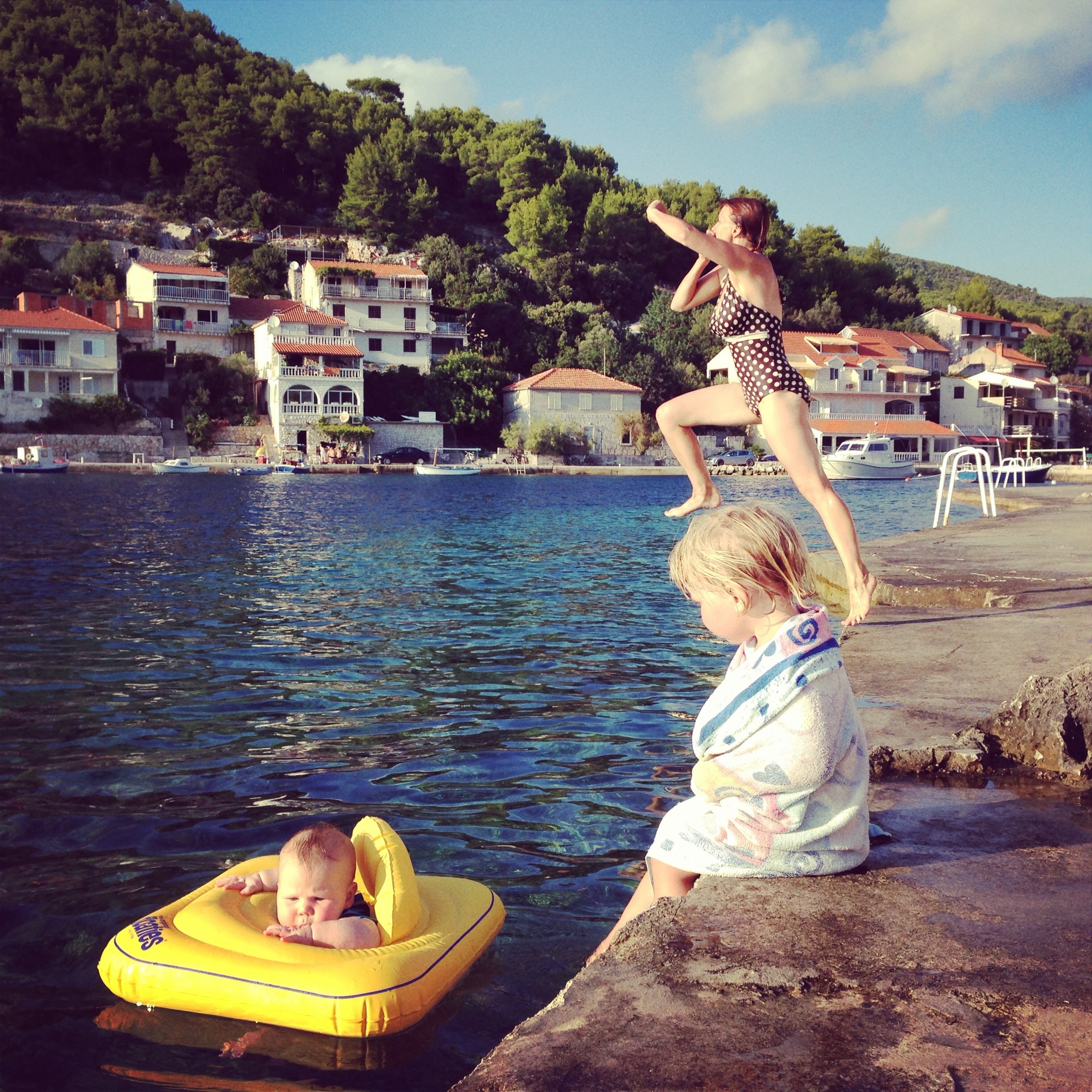 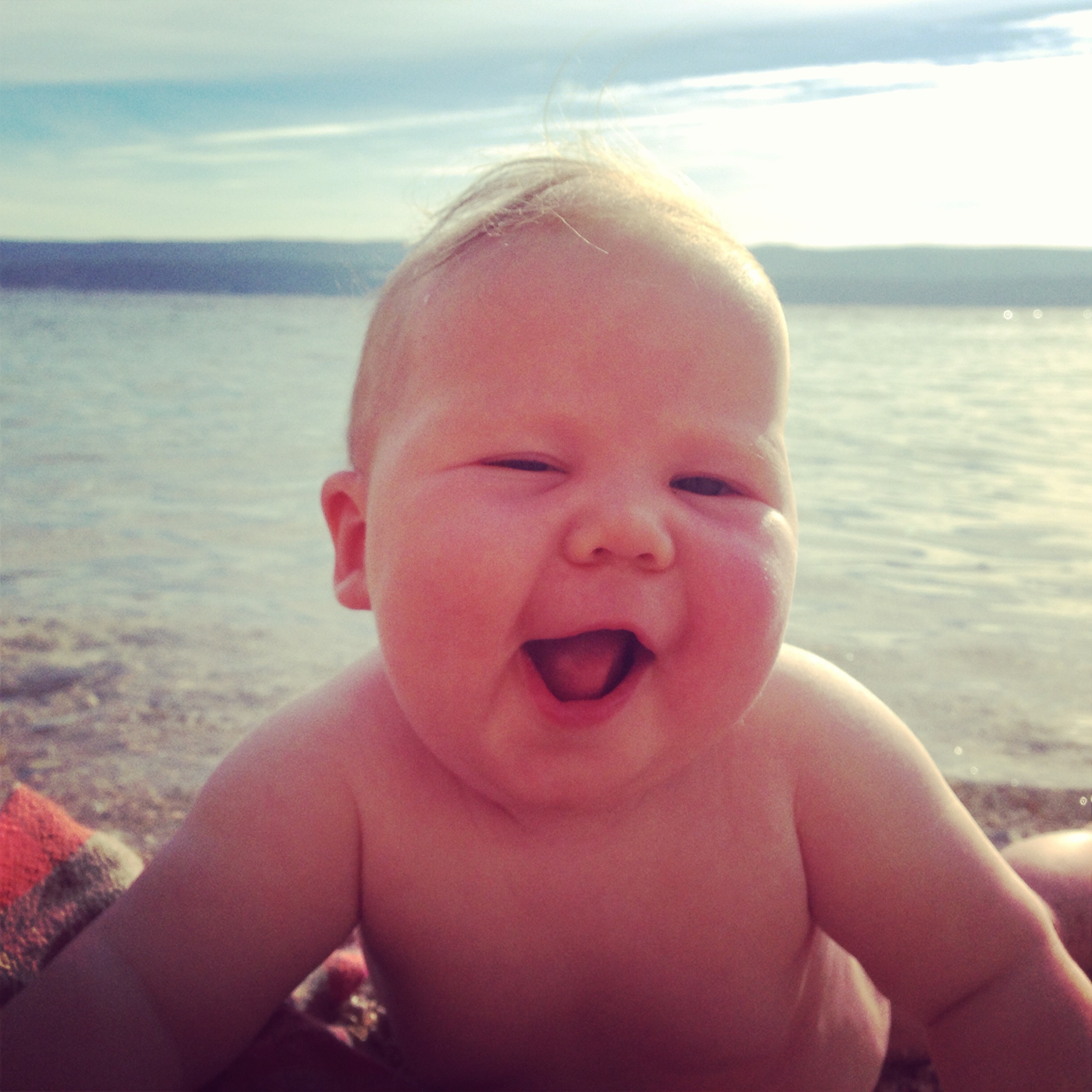 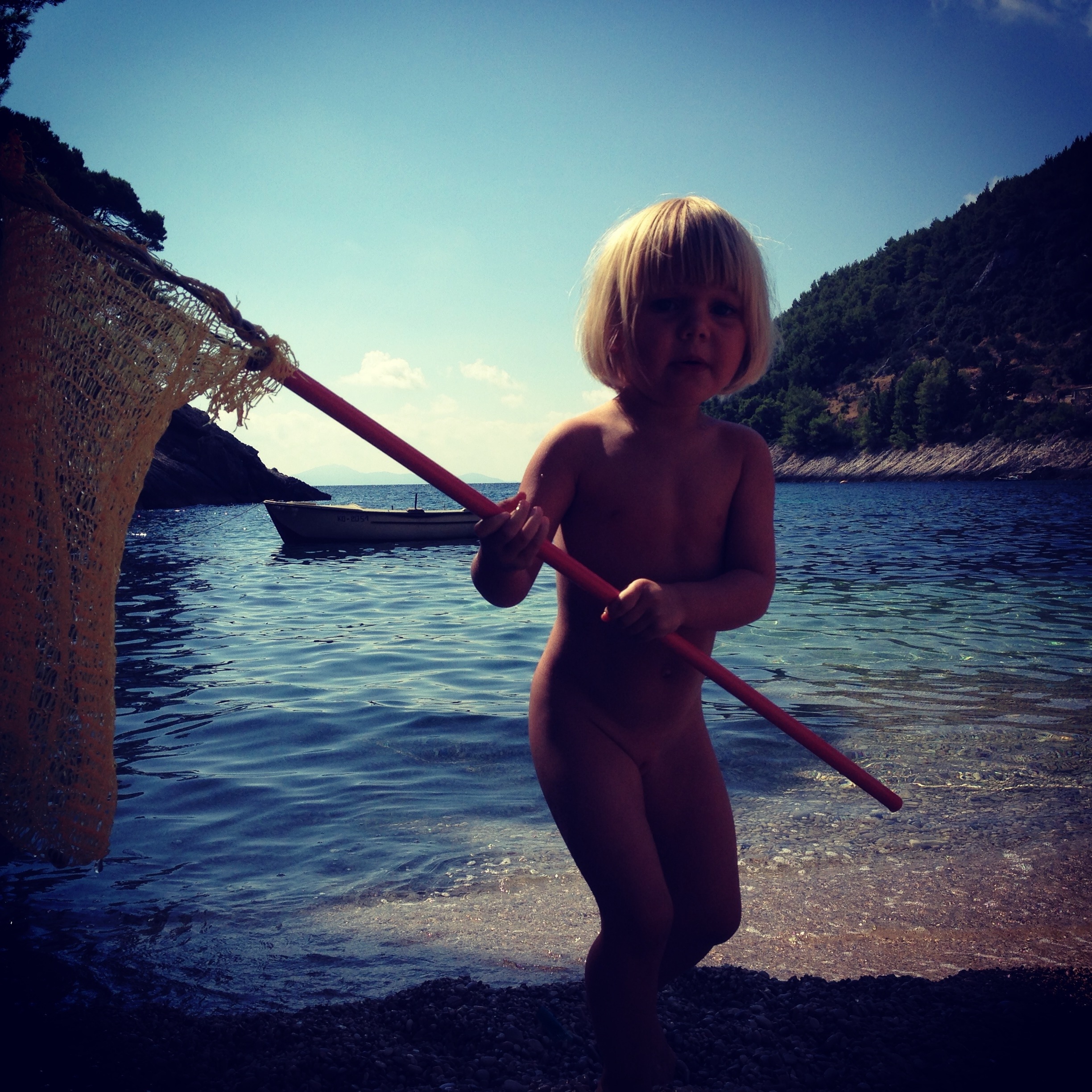 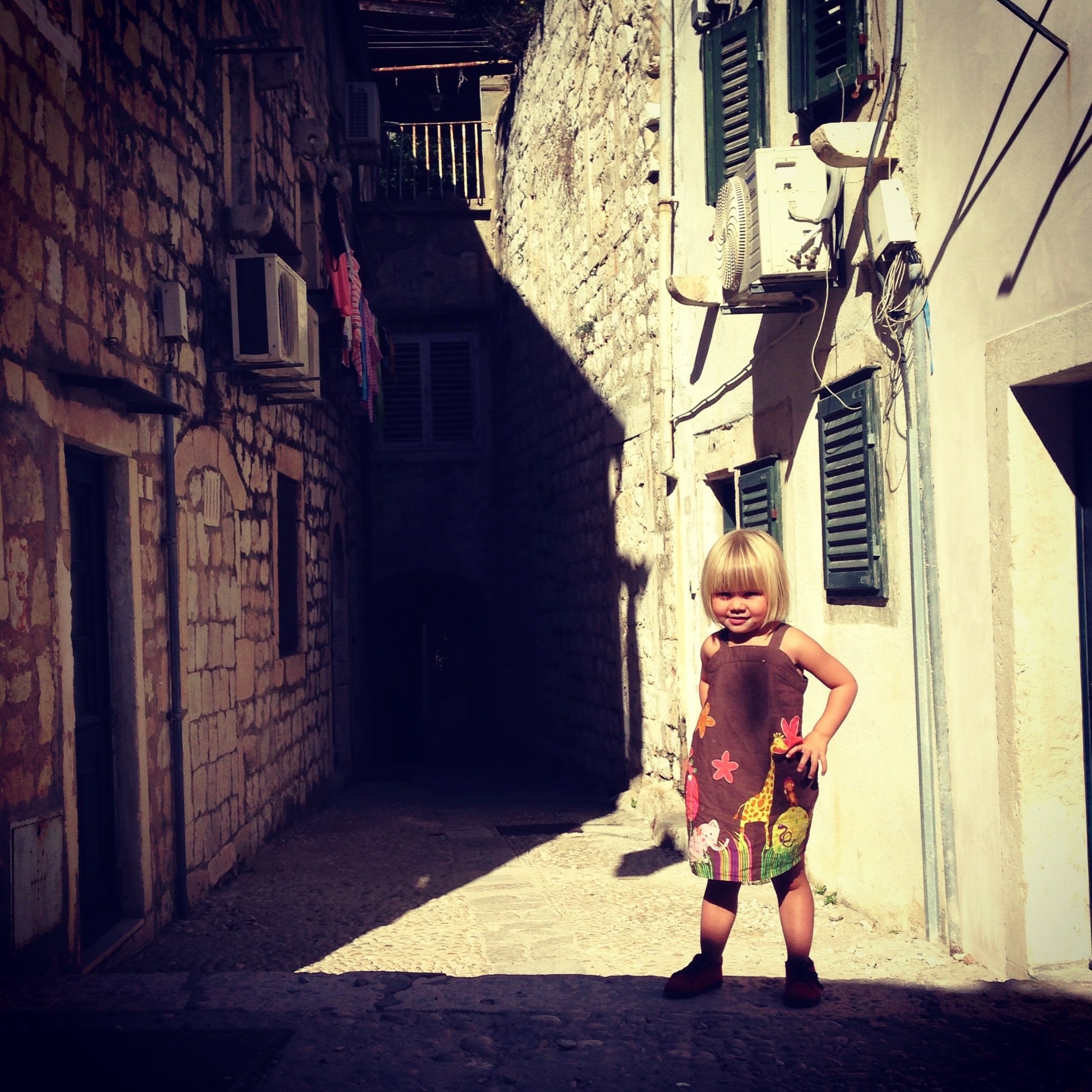 There wasn’t much hope for Ramona. Her mother is one of those shower-averse Brits that substantiate the “myth” that we are an unclean nation. (I put myth in quotation marks as I like to think that there are more of us in the closet, you know?) Even at 28 years old she can’t remember to clean her teeth (and twice a day? Really? Booorrring.) and a brush only goes near her hair to backcomb it.

I like to think I embrace a layer of grime proudly, for aren’t pheromones -or Furry Gnomes as we call them- a vital sign? But clearly by writing that first bit in the third person I am somewhat distancing myself from that mucky sod.

So Ramona was never gonna be a prim and proper, nit pickily clean little lady. Or just clean.

She manages it for about the first ten minutes after a bath. And then she generally finds some food. Baby Led Weaning is one messy buisness. Yesterday she crawled off to the blackberry bush and ended up looking like she belonged in a horror film.

But, gosh, camping? That is seriously Next Level.  All that dust and mud and not a sink within dashing distance.

One night we were heading to bed late, we had put up the tent, cooked and eaten tea in the dark but I felt I ought to duck in the shower with Ramona as it had been a sweaty old day. As I turned the light on I expected to see Ramona covered in the tomato sauce from the pasta. She was. But I didn’t expect to see stuck on to this layer, a thick film of the dark dust surrounding our tent. She looked like a chimney sweep from Camberwell circa 1872.

And we are off camping again tomorrow to the probably not so hot as France but equally lush land of Glochestourestershire (pronounced Gloster). Meanwhile here are some snaps of the French campitycamp.