Writing in my blood

It’s scratched out in biro, a ten year old’s retelling of the naughtiest thing she’s ever done: France July 1992. Found a packet of cigarettes with my cousin Michael. We emptied out a bit of the tobacco in each one and put a fire cracker inside, the wick hanging out just enough to be set alight. We put them all back in the packet and left them back on the bench, and hid in a bush to watch.

My mum and dad moved house last month, and as they packed up their old place they kept coming across all these things I had written. Journals, poems on waste paper, secret holiday stories retold in terrible, teacher-despairing handwriting.

So when I Skyped them this week with a revelation I had had, “Mum! Dad! I am a WRITER!” they were all “OBVIOUSLY!”

Until a few days ago I thought I was writing as a function. To share information about something I thought was important – like parenty things. Or to make a living.

In fact, you might be reading this going; I’ve been reading your writing for nearly 4 years. You wrote a bladdy book, you numpty.

But truly, it has only been over the last few days that some clouds have cleared in my head and I am able to say, not “I write” but “I am a writer” and it sounds like the most nuanced of differences but it has been quite life changing. I’ve been walking around in a mystical thin place, where it feels anything could happen. I swear to God the closest thing it feels like is being head over heals in love.

If it was a different vocation, at this point I’d probably have to sell everything and change my life from top to bottom, to sail my ship or enter a nunnery. But nothing really has to change for me… though I think everything will. Because now I can give space and joy and freedom to this thing that is pumping like mineral rich, life giving blood through my veins.

It looks like I’m writing a list of all my favourite verbs while I’m supposed to be cleaning the dish-bomb-stricken kitchen but you can’t judge me: IT’S MY VOCATION.

I’ve heard it said that, if, as an adult, you want to discover what it is you are CALLED to do, think about what you were doing a lot of when you were ten years old. Before the waters got muddied with expectations and talk of earning a living. Were you building? Drawing? Designing robots. Do more of that. That’s probably going to tap you into your deep down self.

And, as my mum and dad reminded me, what I was doing was writing. As soon as I could, I was piling words on top of words. I had diaries with scented pages and little locks on them. After every page I’d write a note for my sister “I KNOW YOU ARE READING THIS PUT IT DOWN AND MOVE AWAY”. I had one whole diary full of swears, the worse swears I’d ever heard of.

When I worked as a campaigner, for six years, the bit I loved the most, the days I came home high, were when I had been bashing on the keyboard, telling a story that I hoped might spark an activist into being.

Even when I’ve been painting and crafting, I’ve mostly been dealing in words.

I’ve been writing my whole life. But just this week feel able to say I am a writer.

Do you ever get the feeling that the earth has just been yanked to a stop on its axis? And that all the things that were meant to have been tipped into your lap? That is this week.

I grabbed a book from the library shelf on Monday because I liked the typeface. It then kept me up until 4am because I had to finish it, and then, I swear to God, I was buzzing out the whole next day because it was so simple and funny and GOOD. (God bless Maria Semple, and also, maybe the extra espresso I had to help me get through the day after an allnighter, yknow?) It made me go, WOW STORIES ARE SO AWESOME, STORIES STORIES STORIES… (Also, Woo COFFEEEEEE!)

And then, in another act of random grabbiness I got out Natalie Goldberg’s Writing Down the Bones and scoffed her book into my hungry,epiphanic week:

“We are important and our lives are important, magnificent really, and their details are worthy to be recorded. This is how writers must think, this is how we must sit down with pen in hand. We were here; we are human beings; this is how we lived. Let it be known, the earth passed before us. Our details are important. Otherwise, if they are not, we can drop a bomb and it doesn’t matter. . . Recording the details of our lives is a stance against bombs with their mass ability to kill, against too much speed and efficiency. A writer must say yes to life, to all of life: the water glasses, the Kemp’s half-and-half, the ketchup on the counter. It is not a writer’s task to say, “It is dumb to live in a small town or to eat in a café when you can eat macrobiotic at home.” Our task is to say a holy yes to the real things of our life as they exist – the real truth of who we are: several pounds overweight, the gray, cold street outside, the Christmas tinsel in the showcase, the Jewish writer in the orange booth across from her blond friend who has black children. We must become writers who accept things as they are, come to love the details, and step forward with a yes on our lips so there can be no more noes in the world, noes that invalidate life and stop these details from continuing.”

And, then, THEN, I got a parcel from the UK, from Mothers Milk Books – two books, the lovely Musings on Motherhood and the Parenting Anthology, which is the collection of parenthood poetry and prose collected during last years writing prize. They are raw, honest, moving and sort of opened my eyes to possibilities. By now the words “WRITER” are burning like neon on the underside of eyelids.

(Teika is currently collecting entries to the next Writing Prize – so if you are saying all these holy yeses to life and want to be published, this could be a step. It closes on 18th January.)

So yeah. A bit of a self indulgent post, to break an 8 day blog break. I guess perhaps a barrier to owning this writing-as-vocation thing is a fear about the indulgence of it all.

It’s been a introspective, cataclysmic week, in a nothing changes, you probably-won’t-notice kind of a way. Apart from possibly slightly less blogging – I’ve begun spending my writing energy getting back in touch with a biro and notepad. This time not so much scrawling out stories about being naughty but just weird, trippy bollocks in the middle of the night, and in worse handwriting.

What were you doing age ten? Has your vocation been a slow burner? Are you a writer? Or something else? Do you think you might enter the Mothers Milk Writing Prize? 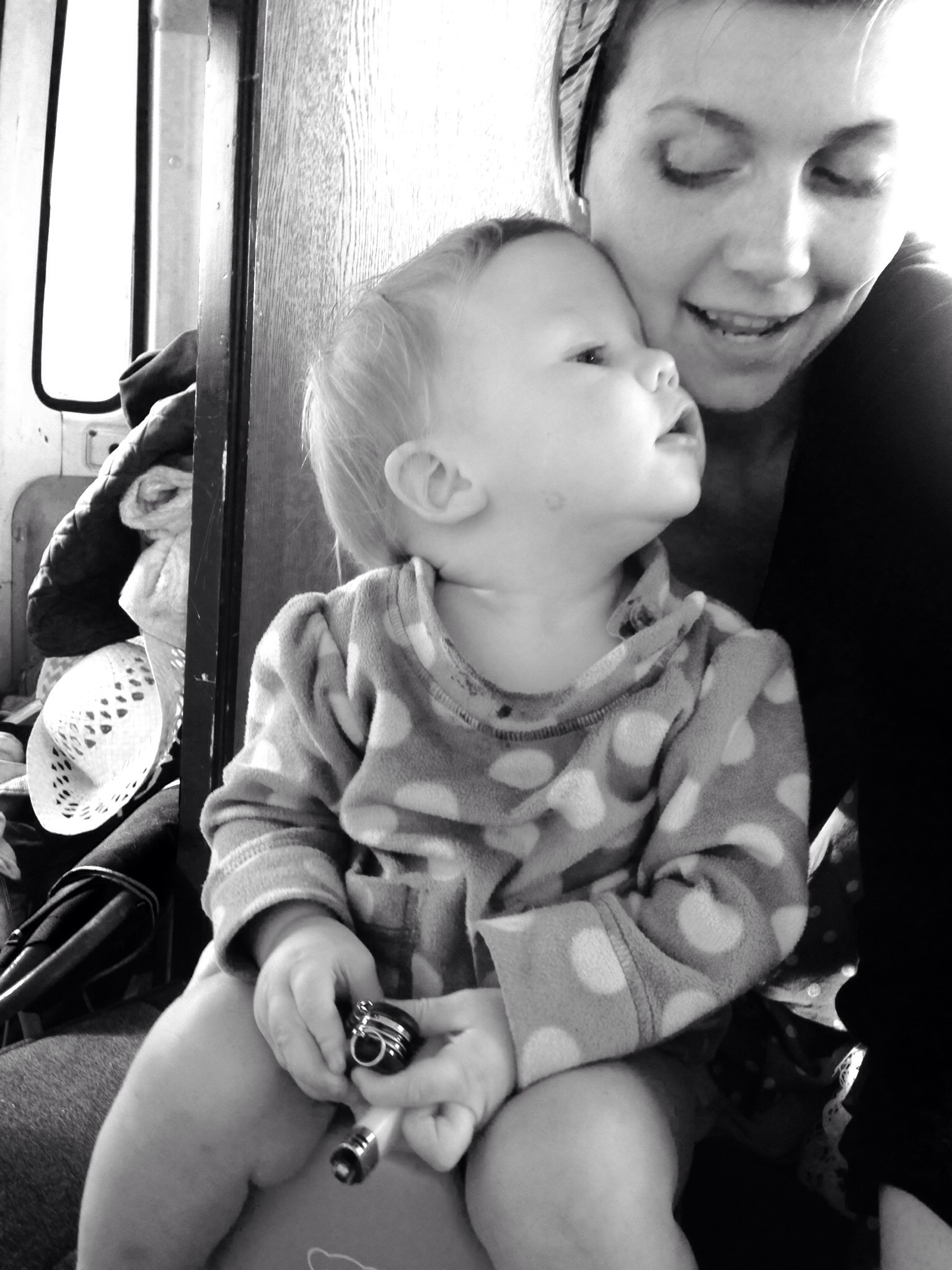 Ramona took this shot of Juno and I- she even chose black and white. I’m a writer, she is an artist…