A hippyshake kind of a Christmas 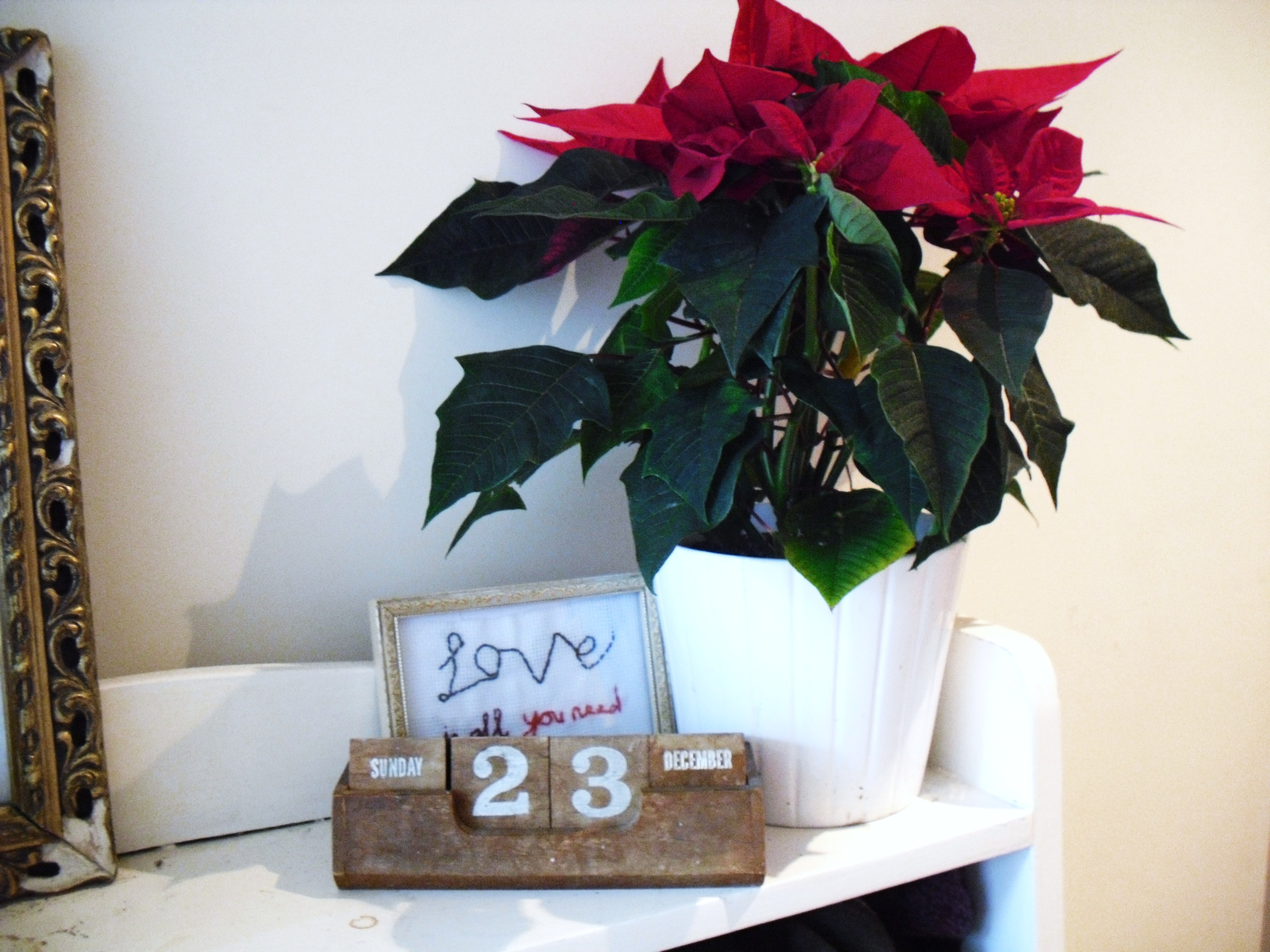 Sunday 23rd December and here are a couple of glimpses of Christmas at our house.

I haven’t done quite as much Christmas crafting as I’d hoped – most things I have done have been little quick jobs. This Christmas tree was whipped up out of a hessian sack and some of those star Ikea lights we have had for donkeys years. It was inspired by another Lucy’s canvas fairy light tree and takes up a huge chunk of wall, which is marvelous. 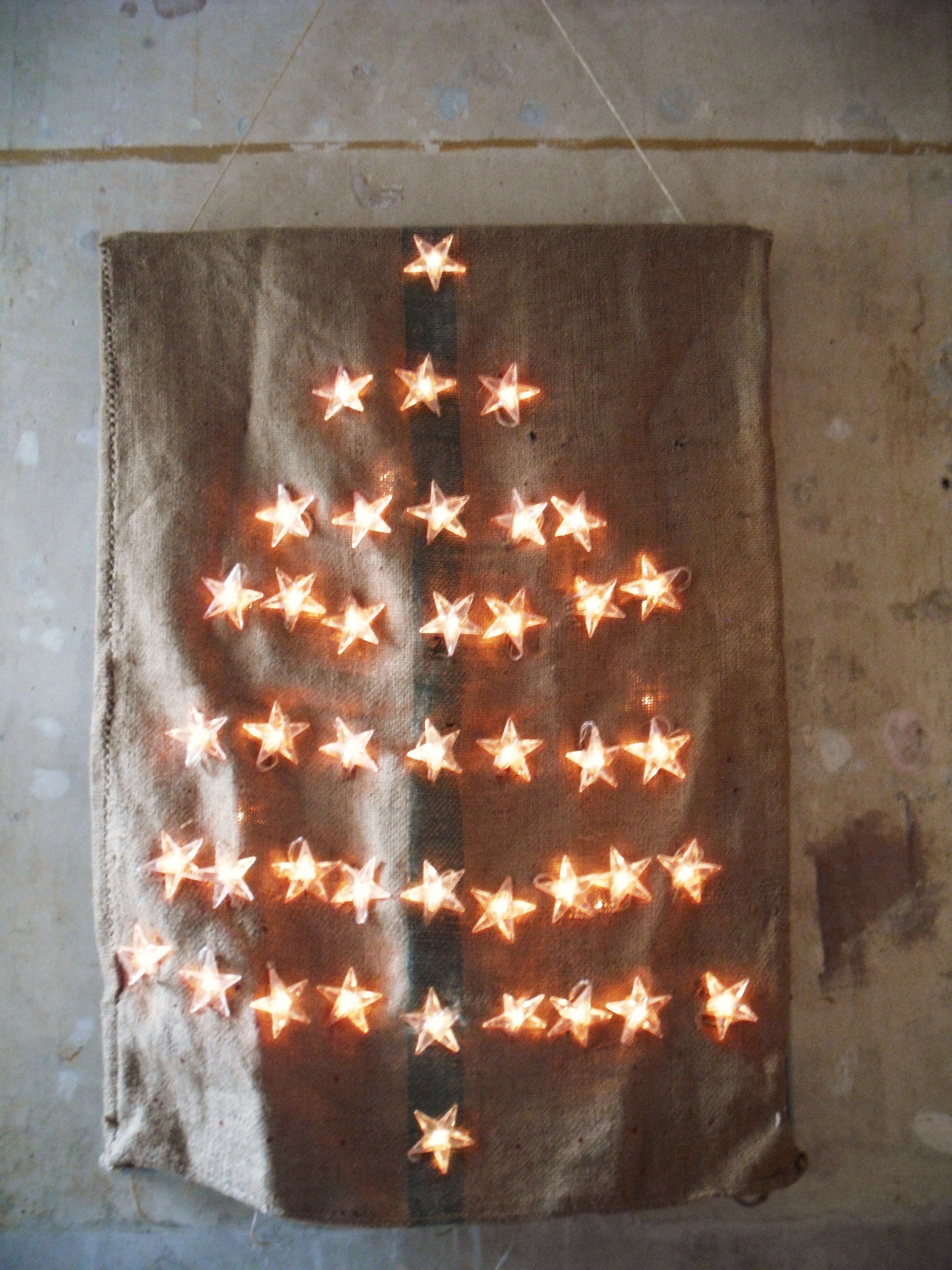 Although the pocket advent calendar was a pretty epic undertaking. Ramona has LOVED doing it each morning, it is the thing to make her jump out of bed, making the crafty slog well worth it. Even if it has mostly been sweets rather than my original lofty ambitions of filling it with poetry (*laughs at self thinking I was ever the kind of person to actually do this*  Maybe next year I could attain that kind of depth.) 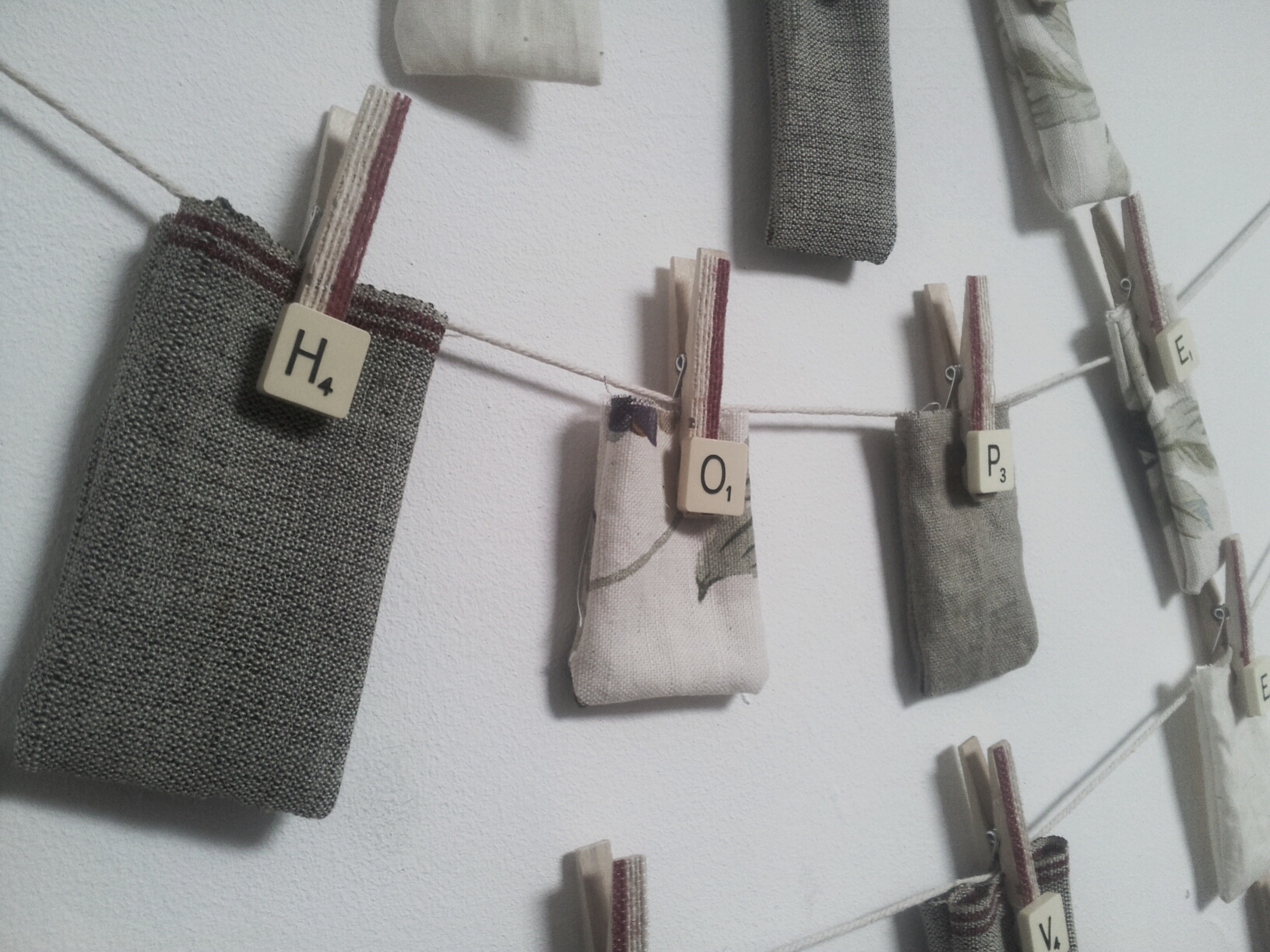 I had a wonderful time cutting up some vintage books *gasp* to make this weird 3D collage nativity scene, with some wires and a jar. I put glitter in the jar, in an attempt to make a snow globe. But obviously the paper isn’t waterproof so there is no liquid inside… the glitter kind of just thumps in a clump from top to bottom. Gah, so much for the magic of Christmas eh, making my glitter float. 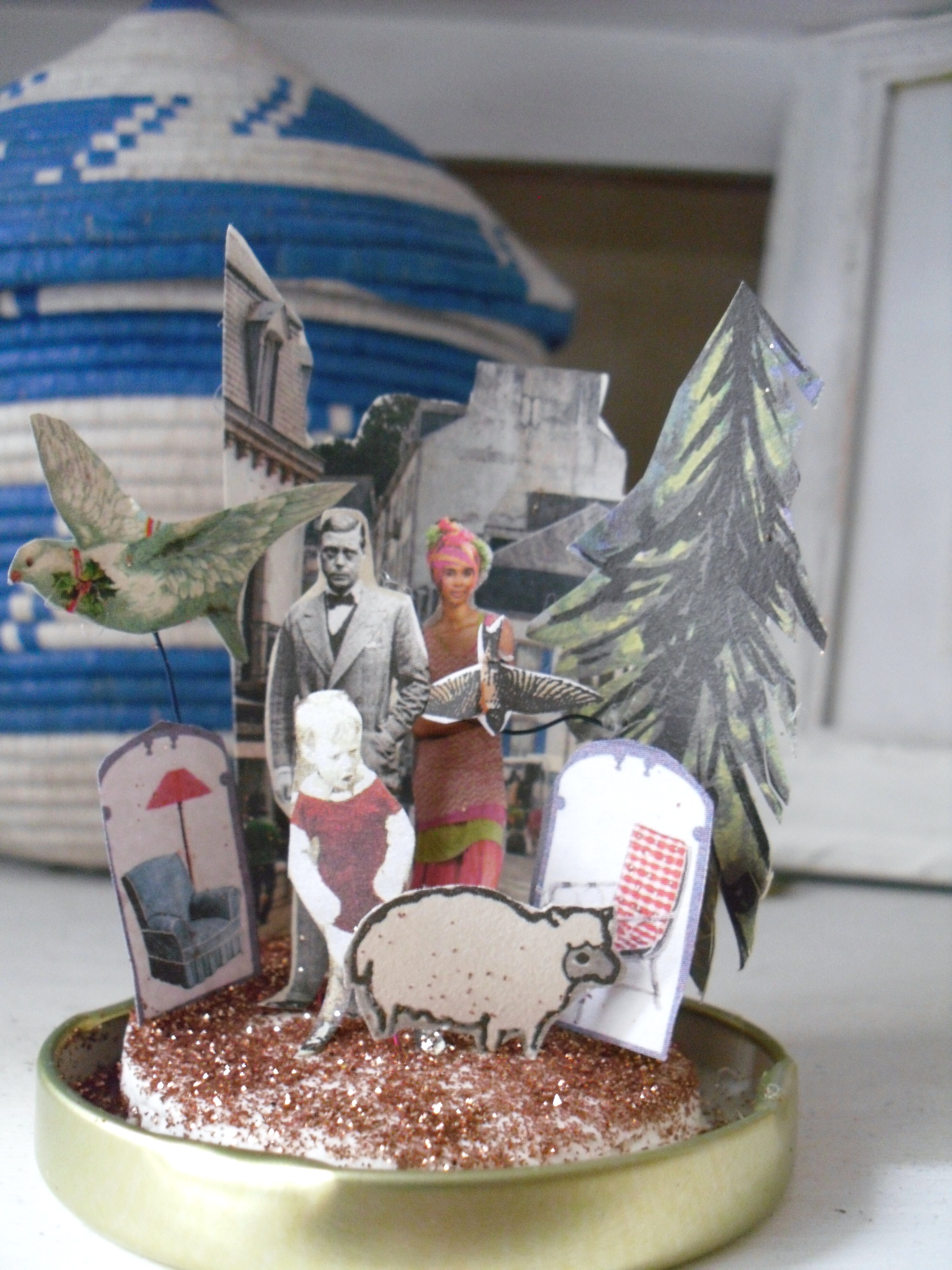 We did buy a tree, rather than hustling one out of a school skip as we normally do. But we bought a tiny potted one in the hope we can keep it. (Although since getting it most people have told us that they die alot.) It is mostly decorated with my decoupage birds… 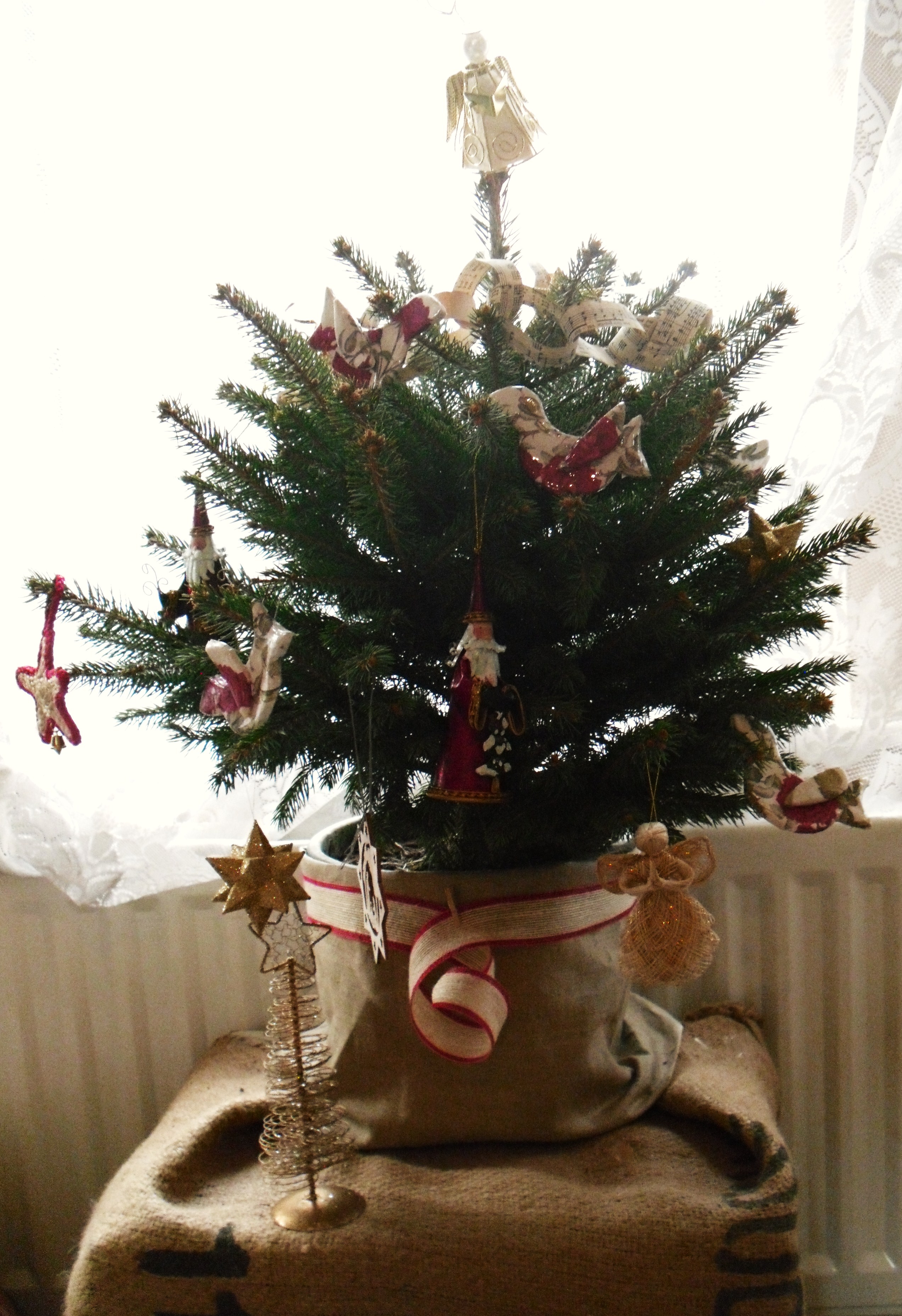 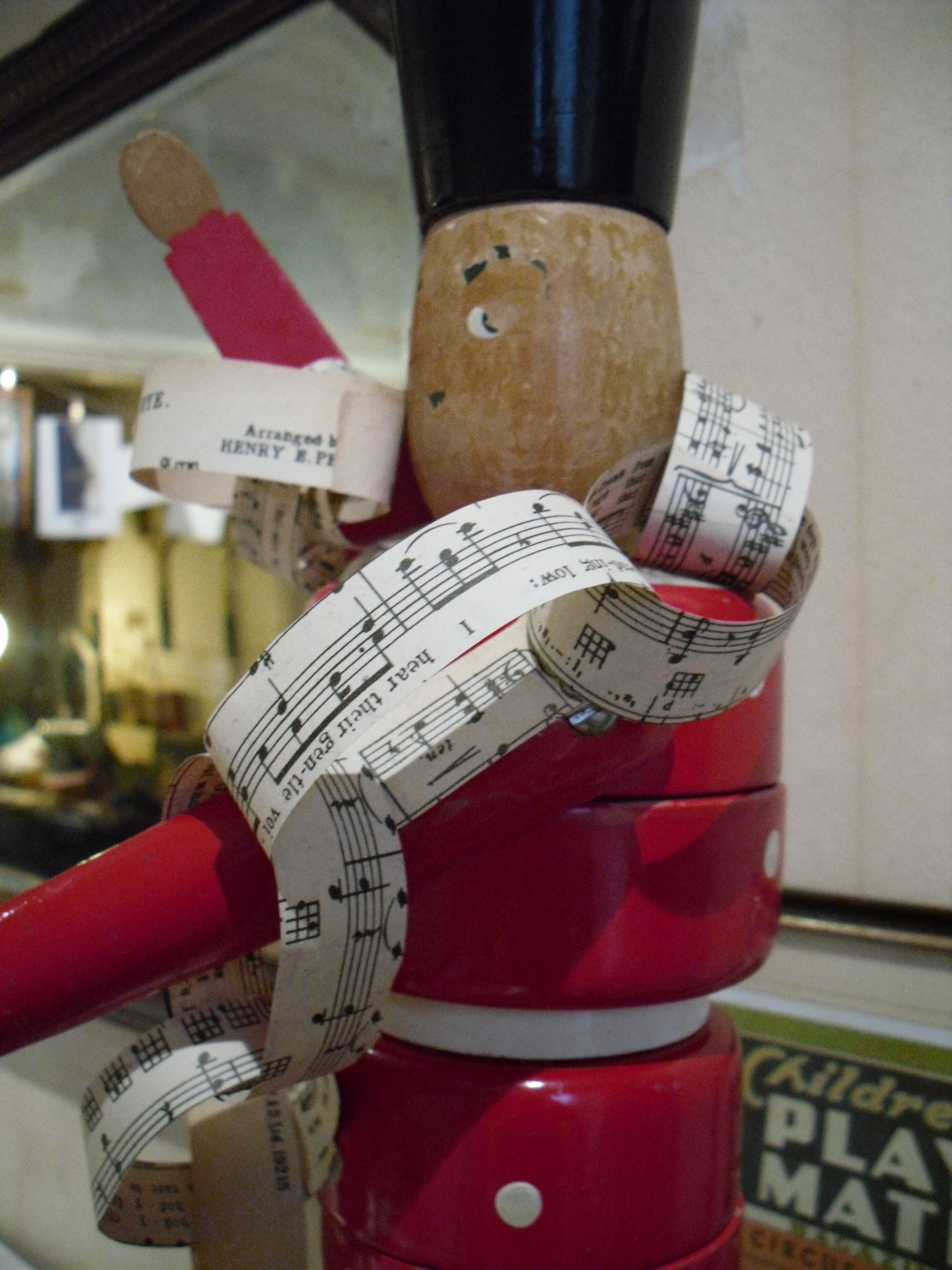 One of the things that massively adds to our festive cheers is listening to music- or “merkin” as Ramona calls it. (It is fortunate that only a few people know what a merkin is, because we will often  be out and about with her shouting “MERKIN!” whenever a little melody reaches our ears from a passing car or teenagers phone.)

As well as the traditional bumper album from Sufjan Stevens my favourite albums this year are:

Oh, how we jive to these joyous refrains.

Hope these next couple of days aren’t too frantic for you and that you get lots of time to make merry too!

What does Christmas look and sound like in your home?

PS- If you are a subscriber I have just managed to switch you over to start receiving posts from Lulastic.co.uk – woohoo! Which means you may have missed some posts over the last week, do do check our Peaceful Parenting amongst others.

It’s a vintage suitcase, er, stuck on the wall, y’know?

On not wishing you a Merry Christmas