I’ve got some big news and some honesty coming up, but first I want to share some numbers.

Next month will mark seven years of Lulastic. It’s funny to read my first ever post and see that I write in exactly the same way! I was quite experimental in those first posts – they were often just one sentence long and included a picture made on the Paint App:

This from the Ominous Silence of Babies and Toddlers 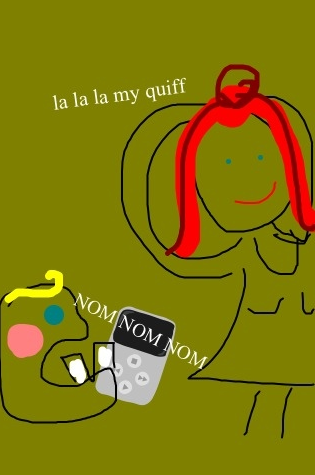 and this from The Day Ramona Discovers Ears Age 9 Months 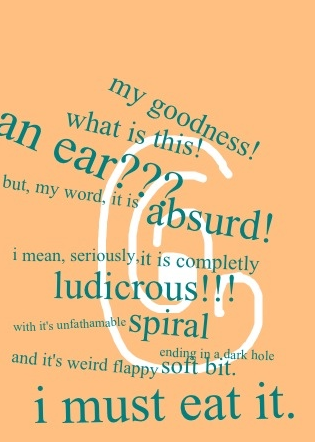 Four hundred and sixty six posts later and I’ve dropped the phone-created artwork and made the writing bits quite a lot longer!! I’ve also become more focused on sharing information, raising awareness about things I think are important, rather than the little tidbits of life as a mother.

It was around four years ago Tim and I quit our London jobs and went travelling. We were confident that I could be the main breadwinner through my blog. I’d begun a little bit of advertising to pay for the costs of hosting and spam prevention and it was an exciting time for blogging- there was money being dished out everywhere! I began to get my first bits of paid writing elsewhere and we were excited about the freedom going freelance could give us.

Over these recent years the community around Lulastic has grown ten fold. Each month around 75,000 people visit and a social media community of 40,000 has grown up around it.  I’m the fourth highest ranking blog (with public records) in New Zealand and the eighth highest in the British parenting charts. WHAT THE HECK? I don’t share that to toot my horn, I promise, I’m embarrassed by even saying it. The truth is,  it completely astonishes me that this many people want to hang out here and read about this alternative living and progressive parenting. I’d always imagined Lulastic to be niche, so niche. (Hello, it’s called Lulastic and the Hippyshake, what sort of nonsense blog name is that?!)

Weirdly, though, despite the wonderful shock of having this many readers and a beautiful, wise, growing community, making money online is harder than when we first made the decision to go freelance. Contracts yo-yo and advertising is gross. I have a couple of solid gigs with the awesome folk of Green Parent and Channel Mum and my ebooks are an awesome source of income but they rely on me spending a full third of my time on admin (I’m so bad at it) and self-promotion (soul destroying!)

One of the hardest parts about creating stuff for the internet is needing things to “take off”, the waiting to see if the thing you’ve spent three days making will reach people, or if it will just languish. Increasingly I feel that my work is at the mercy of savage algorithms and the ungraciousness of timezones. It’s like financial success in this line of work needs me to be more capitalist, less artist.

And have a much more calloused heart.

I long to fully prioritise the two dreams in my heart. (I must use this phrase a lot, hopeless romantic I am; Juno recently said “Mum! Mum! Look at this! It was born in my heart!” as she did a roly poly crossed with a cartwheel.)

The first is to really grow the movement of respectful parenting. I want to create free resources and a website and a book and in-person workshops that help parents be true allies to their children. I am desperate to do this and I want to reach millions with these resources. I also want to concentrate on making beautiful films about treading lightly on the earth, to document our off grid life and tell stories that help people connect deeply with nature.

Weirdly (again!) these are the two things that generate the most energy (both in me and readers) but the least money!! I’ve always simply accepted that I can only really launch myself into these two things once I have “established”; once we have enough money coming in to free me up.

In a beautiful moment of syncronicity, this weekend I decided that nope, the time HAD to be now. I don’t have everything I need to do this (I lack the wisdom, the experience AND the money!) but still; the time is always now!!

And then, that night, I decided to support a creator on a thing called Patreon. I’d seen Patreon all about the place for a few months but on Friday night I made a pledge and put my money in to support a podcast for $5 a month. I immediately made Tim sit on the sofa with me and listen to the free meditations and music I got as my reward for being a patron. I spent the day feeling great about being able to support a creator I love and getting access to some awesome resources.

It wasn’t until 24 hours later that I had the realisation that I need to get myself on Patreon!!!! It was like Timmy Mallet bonked me on the head.  I actually laughed out loud that it hadn’t occurred to me earlier. I now think that on some deep level I was struggling with feelings about not being deserving enough to have patrons, despite the emails I get where mamas tell me my posts have transformed their lives with their children.

I am learning to put more faith in the fact that every so often things come out of my keyboard that change peoples lives. And I want to have the freedom to listen and be available for when those golden things arrive, to get them out in front of the eyes that need them!!

Recently, at a workshop with Non-Violent Parenting founder, Ruth Beaglehole, she asked us to list all the values we want our children to have when they grow up. Top of my list was “To love themselves, believe in themselves.” Then Ruth said “If you want your children to have these qualities than YOU need to have them, you need to work on them for you, first.” I’ve known for yonks that if I want my children to be kind, I must treat them with kindness, but I’d never applied the same thinking to all the other qualities I want them to have.

This morning as I was journalling, lying on my bed with three year old Juno journalling next to me (lots of OOOOOOOs) she asked me to write something down so she could copy it. I said “Sure, what do you want me to write?” I thought she might say “buttkiss” as that is her favourite word at the moment, but without hesitation she said “I am awesome!”

Sparks of happiness exploded in my chest. Juno won’t get away with saying that kind of audacious thing when she’s an adult. Women in particular, we get along by making ourselves small, downplaying the treasures inside. Even the idea of saying out loud, as a grown woman, “I AM AWESOME” makes me blush a bit. Especially ‘cos I’m not awesome; I’m messy and blunt and too focused and too unpindownable and too excitable and too damn angry.

But you know what? I want my daughters to be surrounded by people who go for their dreams, by women, especially, who have the faith in themselves to chase their hopes and to make them happen. Who keep that child-like sense of their own awesomeness.

So here we are. My last number. 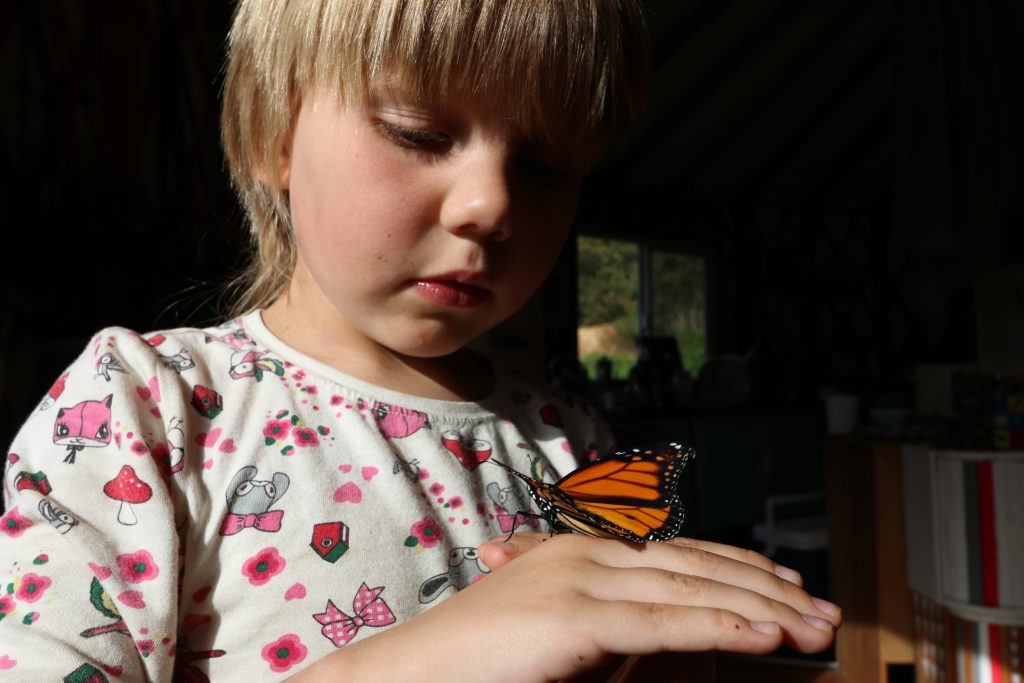 My first goal is $500 a month from patrons. This will allow me to immediately take advertising off Lulastic and to begin building my new parenting website.

You can pledge as little as $1 a month and get access to my patron-only posts including behind the scenes videos and work in progress ebooks. For more $$ a month you get access to mini series and extra videos. I’ve just begin a mini series on there, Seven Deeds for a Happier Home, that includes reflections and activities to bring more joy into your life as a parent over the course of one week.

Please come and check out my Patreon page and consider supporting my work. As a little incentive to get in quick, the first 10 patrons (even on the $1 tier) will get social media shout outs for their blog/ videos/ business/ projects.

Thank you SO much for the role you have played in growing Lulastic. Never in my most raucous dreams did I imagine being able to write this kind of post. Just be warned though, if Patreon gives me the creative freedom I long for I might feel an urge to make more pictures on the Paint App…

YOU HAVE GOT TO READ THIS! (Me, you and clickbait) 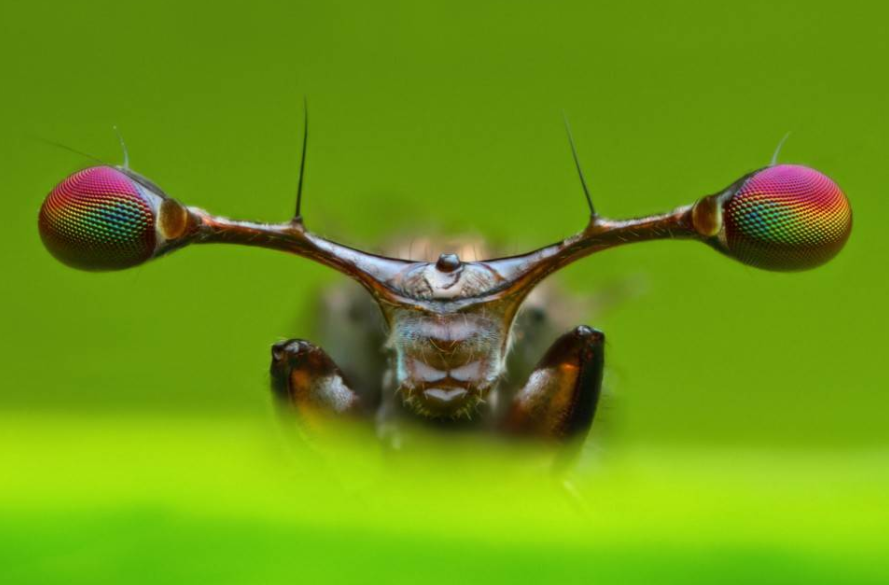 All the changes! (And your invitation to kinship)